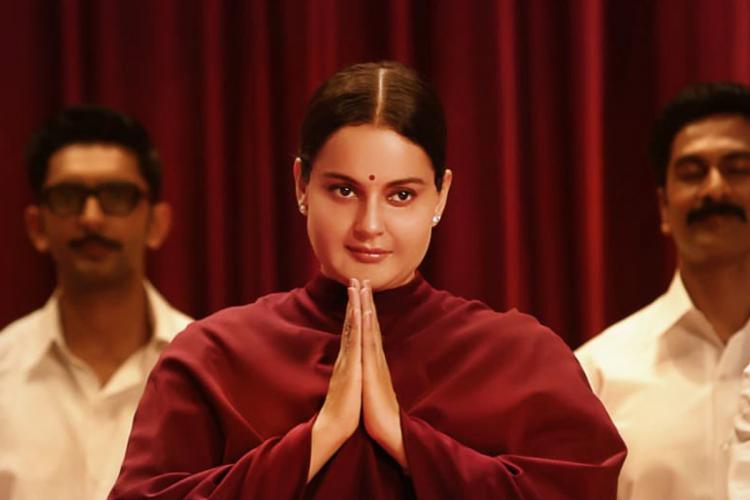 1.     Dharmendra who had the rare privilege  to work  with Jayalalitha in a  Hindi film thinks Kangna Ranaut has the versatile  personality to play Jayalalitha,. “I worked with Jayalalithaji in Izzat in 1968. Back then she was not into politics. But she was   a  very fine actress. Kangana fits into the part well.One needs a  strong assertive  personality with a  good command over the emotional and verbal language to  play  Jayalalitha.Kangana has it.”

2.     Because Kangana Ranaut  is every inch the  queen  of  bio-pics. She has  played everyone,  from  Abu Salem’s alleged  love interest Monica Bedi  in Gangster to Parveen Babi in WohLamhe, to  Manikarnika the Queen  of Jhansi. Playing  Jayalalitha is   Kangana’s greatest challenge  and boy, is  she  up to it!

3.     We have had several  Jayalalitha  bio-pics including Mani Ratnam’s Iruvar where  Aishwarya Rai  played Jayalalitha, and a webseries by Gautham Vasudev Menon entitled Queen(get it?)  in 2019 where Ramya Krishnan  played the  unvanquished  politician.But none  as fiercely  competitive  and  rigorously  focused as Kangana.Unlike Aishwarya who  played Jayalalitha uniformly as ‘Aishwarya’(petite, slim stunningly pretty) Kangana changes her body pattern as  per the character’s age  and requirement.If Robert de  Niro was the Raging Bull, Kangana is the Raging Belle.

4.     Producer Shailesh Singh has proven his skills repeatedly at the  biopic.He  has  co-produced  three fine bio-pics directed by Hansal Mehta: Shahid, Aligarh and Omerta.This man knows  how to get real without losing his cinematic  sensibility.

5.     Because  Thalaivii is not really  a political film.  It  IS  about a legendary  politician, yes, But  it’s  a love story that spans  two decades between  an actress-turned-politician and her mentor M G Ramachandran, played  by Arvind Swamy. This can’t go wrong.

Related Topics:ThalaiviiThalaivii movie
Up Next