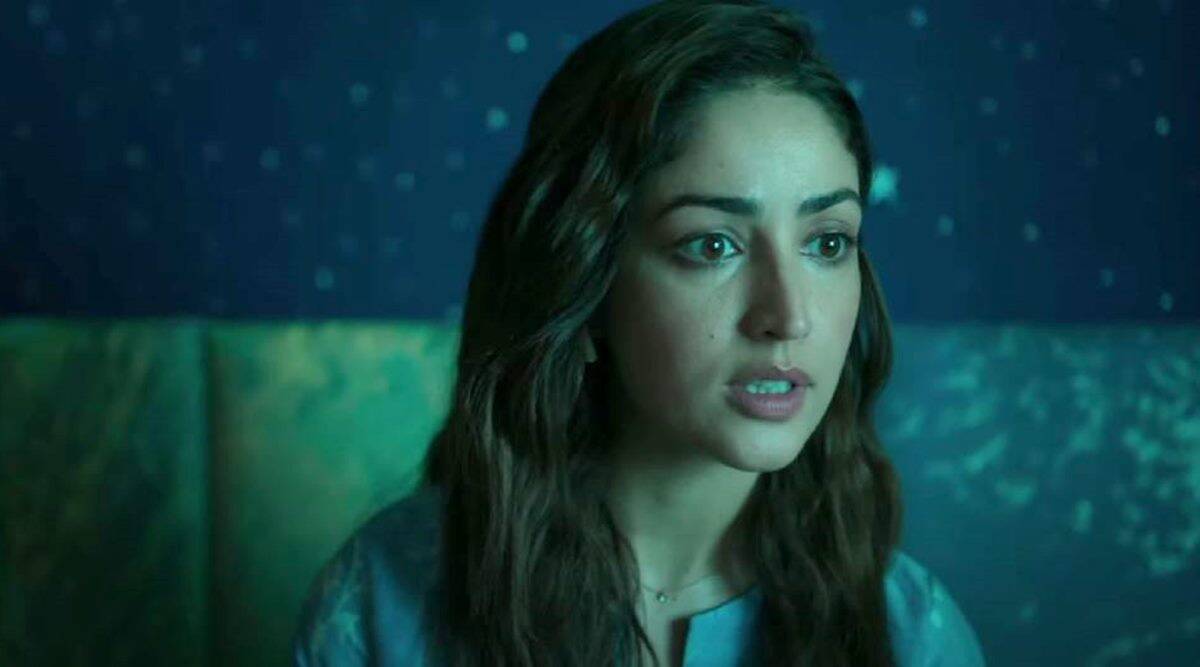 A Wednesday was about a common man  played by  not such a  common actor Naseeruddin Shah who holds the whole city hostage  for wrongs  done.  Now, A Thursday is about  a common woman played by a not such an  uncommon actor Yami Gautam  Dhar who holds  19 kindergaretn  kids hostage  because of the wrongs done to her when she  was a teenager.

Her warped  mindsays  an  eye for an eye. We say a sigh  for a sigh.

Silly Naina Jaiswal! No one ever told her that two wrongs don’t make  a  right? Last year we had a far more taut and  chilling thriller Dhamaka  about a wronged man holding a  city hostage. Kartik Aaryan  held the hostage situation  from getting out of hand  by staying calm . In A Thursday the negotiators  are  Javed  Khan(Atul Kulkarni) and Catherine Alvarez(Neha Dhupia) who spend more  time bickering with each  other  then defusing the kindergarten bombshell.

It is  obvious that Javed and a heavily pregnant Catherine(who apparently plays pregnant  as the actress playing her  was pregnant in  real  life) can’t stand each other: at one point she  even hits out at  him  physically, which is really the armpit of  law-enforcement  protocol.

Inside  the  kindergarten school Naina simmers with the cops, threatening to  kill the kids one by one, and simpers  with the  kids, cochiecooing and moddlycuddling them to  the point of sheer annoyance.  Who will believe Naina to be  capable of violence against the  children when she can’t stop pampering them, except  the two  warring cops one of whom believes Naina will carry out her threat  of killing the  kids one by one.

The  trouble,and the main flaw in the plot, is that we  don’t believe Naina is capable  of violence  of any kind, for even  a second. As Dhupia’s Catherine spits out, “She is  a bloody attention seeker.”

Oh, and Catherine also uses the  F word, for no other reason except that she is allowed to on  the OTT platform. Goodluck with that.

As for the  film,  it gets progressively  stuffy and  selfimportant with  every passing frame until Dimple Kapadia arrives as  the Prime Minister.  “Main tumhara  dard samajh sakti  hoon,” she t PM Maya Rajguri tells Naina.

We don’t believe her  either. Dimple looks she is  more bothered about her  luch menu for the day than  a  rape victim’s  vigilante act.What we do believe is the sincerity of the writing. The  film means business. Its  concern for  the  lack of safety for women specially on public transport, cannot  go unnoticed.

Neither can  the honest-to-goodness performances. While Atul Kulkarni and Neha Dupia  are their ever-reliable selves, Yami Gautam Dhar  fails to go that  extra mile in making her character Naina a chilling casualty of societal  indifference. While Yami is able to bring out the character’s self-loathing during the   hostage  situation she fails   to take her character deeper into her  soul to dig out  the dirt that  lies  underneath the sardonicism.