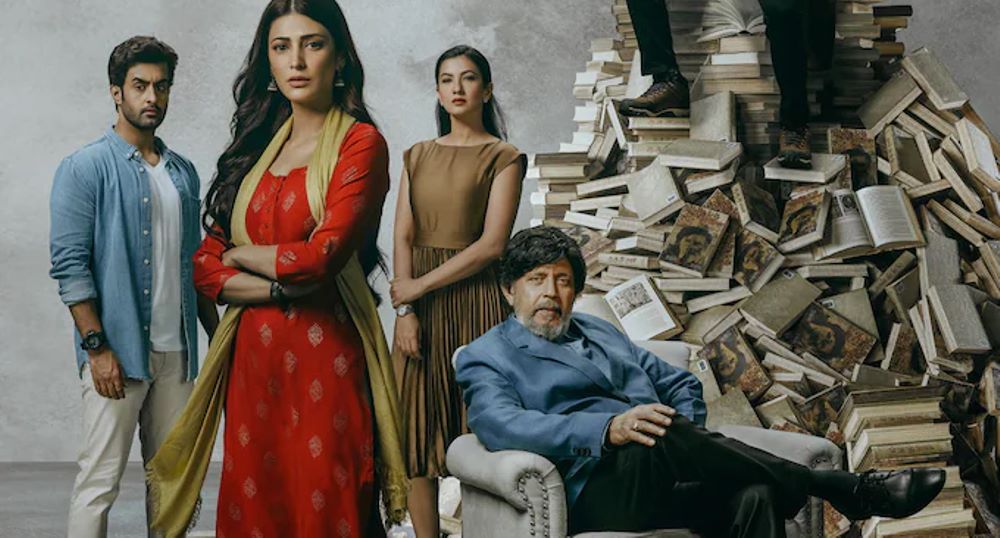 It is easy to be  dismissive  and derisive about a  suspense  thriller that is  not derivative or disrespectful towards the  conventions  of  the  suspense genre.  But if truth be told, a sincere  and  gripping suspense  thriller like Bestseller is hard to come by on the  cluttered  OTT platform.

Unlike  its icky ilk  Bestseller , adapted  to  the  small screen from  Ravi Subramaniam’s The Bestseller She Wrote, unravels  its complicated  plot without tying itself  into knots.

There is  an  assured  elegance to the storytelling, the  interiors gleam even as the proceedings grow murkier by  the  episode,  and  barring one  actor who is   jarring,the  rest of the cast gets into the groove  of things with  guarded  gusto.

OTT offers  a freedom from the image  trap for actors. Arjun Bajwa making a comeback after ages, is  cast  as Tahir a  scummy pulpwriter, a “wannabe Chetan Bhagat” who feels no scruples  or remorse  in  plagiarizing the  lives of hapless  unsuspecting  people who share  their   stories with him.Bajwa  represents that  yawning stretch of numbed morality that  has  seeped into the contemporary competitive  societies.

His  wife Mayanka(played by Gauahar Khan) chooses to remain impervious to her husband’s  low-level  ethics because , as  Tahir Wazir tells  us , she is  freed herself from marital  obligations  for flings , her latest toyboy being an office colleague Parth(Satyajeet Dubey, an interesting young actor who grows with  every series) who openly despises Rahir Wazir’s success, much to Mayanka’s amusement.

This is  not a marriage. It’s a ticking timebomb. The fissures and  clefts in the Tahir-Mayanka marriage  become  apparent when a smalltown girl Meetu invades  their marital mansion . Shruti Hassan  plays Meetu with such wide-eyed  obviousness that it becomes crystal-clear from the start that she is  not what she appears  to be.

The  complex  character and  its  murky motivations  needed  someone more  subtle and skilled.In fact  Gauahar Khan should have  played Meetu Mathur. The  layers of subterfuge and  deception in the character is  never  brought out skillfully. It’s the  one  abiding  lacuna in this  otherwise-engaging show.

Bestseller  has  a complicated storyline about  a disintegrating marriage and the intruder who proves the  pretty pebble in the placid pond. It also questions the boundaries of art and just how a work of fiction bleeds  into  real lives mowing  down their  resistance and privacy.

Mithun Chakraborty who enters  in  the third episode  play the  semi-retired cop with  a combination of quirk and caprice. Apart from the ridiculous  wig, his character moves confidently from whodunnit to whydunnit, a  journey that takes time while remaining fully aware  of the   pitfalls  ahead.

Director  Mukul Abhiyankar  doesn’t allow the  narrative  to trip over in pursuit  of  suspense. Agreed, some of  the plot twists are  way too implausible to be interesting. But then what is  life in a suspense thriller  if not an  occasion to  crack open the codes of  conventional  conversation and pin down what lies beneath? Bestseller gets there.

Related Topics:BestsellerBestseller movie
Up Next