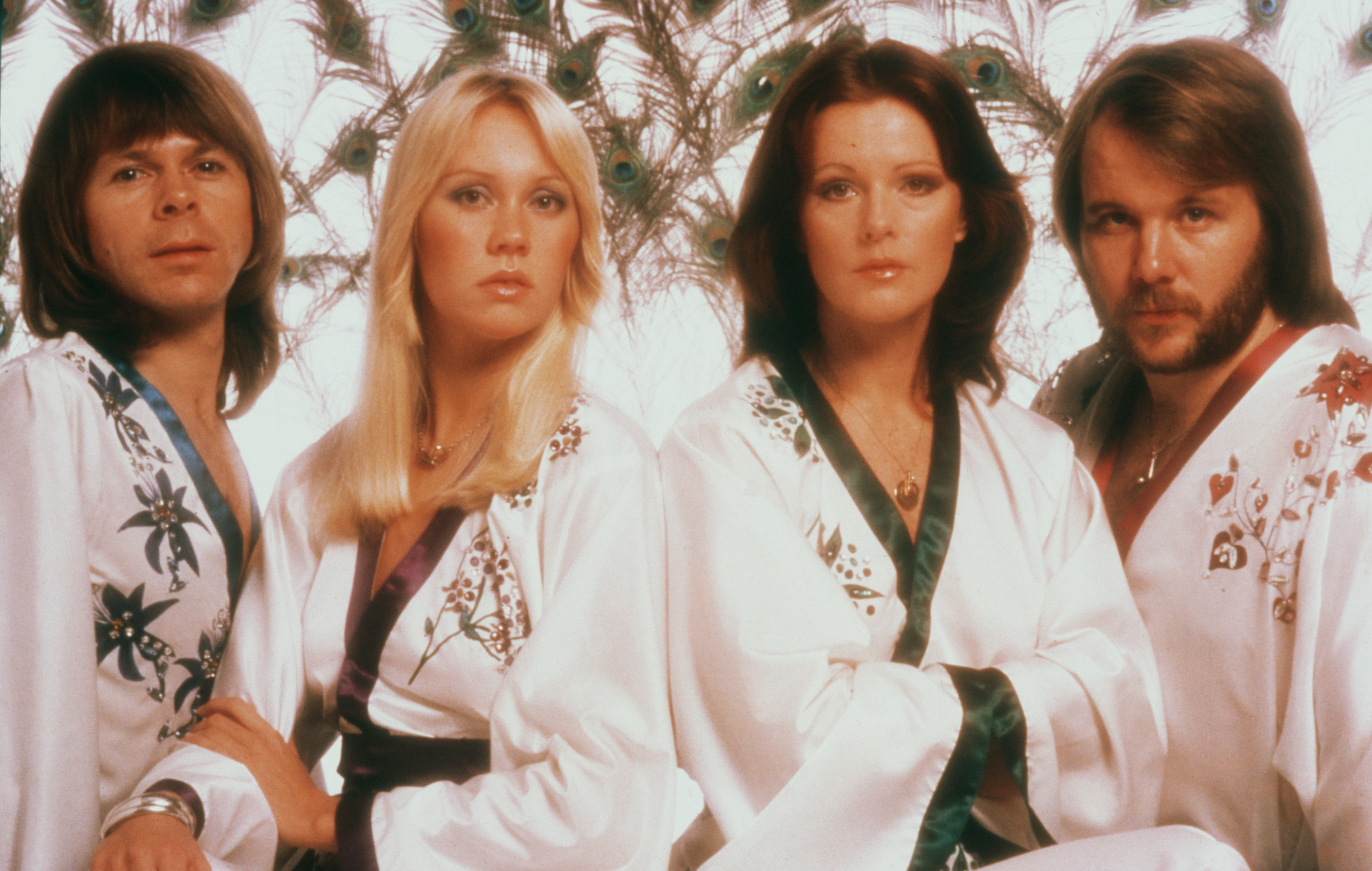 Pitch perfect! Harmonies that assail  your senses  in a whoosh of wondrous  riffs…Rhythms that  won’t leave your mind. I  still  get goosebumps every single  time, without fail ,when I hear ABBA’s ‘Knowing Me  Knowing You’. ‘I’ve Been Waiting for  You,’   ‘One Of Us’ and  ‘The Winner Takes It All.’

What’s it about them that makes this Swedish  quartet so  special, so magical? Why don’t their songs ever go away?

I though  The Visitors  in 1981 was  their last album. But miracles  never cease. ABBA is back after a 40- year hiatus. It’s  like they had never left. The  10 songs are so  so  so  wonderful , they  left me  giddy with happiness. I clapped,  I wept , I sang along. At the end  of the album I felt miraculously  refurbished, rejuvenated , cleansed, blissed.And yes, blessed.

Time stands still as  the two spectacular songstress’ blend  vocals  to create an incandescent harmony. Let me tell you ,Agnetha Fältskog  and  Anni Frid Lyngstad’s voices have  not aged at all. When they sing, the whiriligig of  every day life  still stops. They are spectacular , emotional  and vibrant in  every track.

Oh yes, I did notice that in this  album there is  more of  Anni  Frid than Agnetha. In the earlier  albums  it  was  the  other way around . Not that I am  complaining.Anni Frid’s opening  song of  the album ‘I Still Have  Faith  In You’ has  the power to move mountains. It’s  an epic composition, the troughs  and  crests in  Anni-Frid’s vocals are  embraced by lyrics that are a love letter to the  ABBA themselves:  “do I have it in me, I believe  it is still there…”. The composition soars  like  an ‘Eagle’, roars like a ‘Tiger’ and  buzzes in your  head  like  a ‘Bumblebee’.

Which  is the title  of  Anni-Frid’s other  stunning solo towards the end  of the album where she is just lounging in the garden listening to the sounds of bees , watching the world go by. This is  quintessential ABBA:arcadian, insulated from the  travails  of   civilization. The  most terrifying thing in this album is a broken marriage: in the deceptively fiendishly  feisty  ‘Keep An  Eye On Dan’ Agnetha’s vocals  wrap themselves around lyrics  about a woman who has come to drop her little  son at her  estranged  husband’s place. It’s a very in-the-moment song  and yet the undercurrents of pain heartbreak even domestic violence  follow us way past the song when Agnetha hits the last note.

Also Read:  "No One Comes To My Show To Discuss Only Work," Karan Johar

That feeling  of being lost  in the moment which made ‘Dancing Queen’ the all-rounded ABBA anthem is  predominant in  ‘Just A  Notion’ where a woman checks out  a man across the  room, pretty sure he  is  going to hit on her. The  singalong riff in this  song reminded me  of  a beloved old ABBA song ‘I Do I Do I Do’. But that’s a rare citing. Probably imagined by me. ABBA never, repeat  NEVER, repeat themselves.

The  ambrosial  originality of  the tracks ‘Don’t Shut Me Down’ , ‘No Doubt  About It’ and ‘I Can Be That Woman’ hit me hard. Really hard. These  are monumental songs  and sounds  only ABBA can create.  Leaden with  pain the  melodies play out  in a ravishing refrain creating pockets of  perfumed paciness and pungency wrapped  in a  hazy urgency.

All three  songs have Agnetha  singing about a woman who  has messed up and wants  a second  chance.  It’s not very fashionable for women in  pop songs to  admit  about messing up a relationship and  asking for another chance.ABBA did it  in their last album in the timeless  reggae-tinged  song ‘One Of Us’. The three  sorry-I-messed-up  songs in the  current album are  high on melody and emotions. The  cadences are  brought together in a  tight and cuddly  hug of indefinable  feelings exuding a timeless beauty and harmony.

‘When  You Danced With Me’ conveys  a quaint  Celtic dance-along cadence. It is a narrative song and  and can easily  be turned into  a movie:  a woman in a village  suddenly finds herself  face-to-face  on the dance floor with  the  man who  deserted her for the  city.No recrimination , no  rebukes. No complains.Just the moment.And the dance. An irresistibly  inviting song.

The Christmas spirit of ‘The Little Things’  is hard to  resist. The song with its  abundance of  unalloyed  joy  and specially the beautiful  children’s  choir, reminded me  of  ABBA’s  ode to innocence  ‘I Have A Dream’.

The dream  never faded. The  melodies  are today as vivid and  vibrant and  imperishable as  they were 40 years ago. In the closing anthemic song  of  the album ‘Ode To  Freedom’, Anni Frid  makes a  wish: “I wish someone would write  an ode to  freedom that  we all could sing.”

She’s doing just that in the song. Do you have it in you, Abba?  Oh yes  oh yes! You  certainly do. It’s like  you were never gone.

Related Topics:ABBAABBA music
Up Next