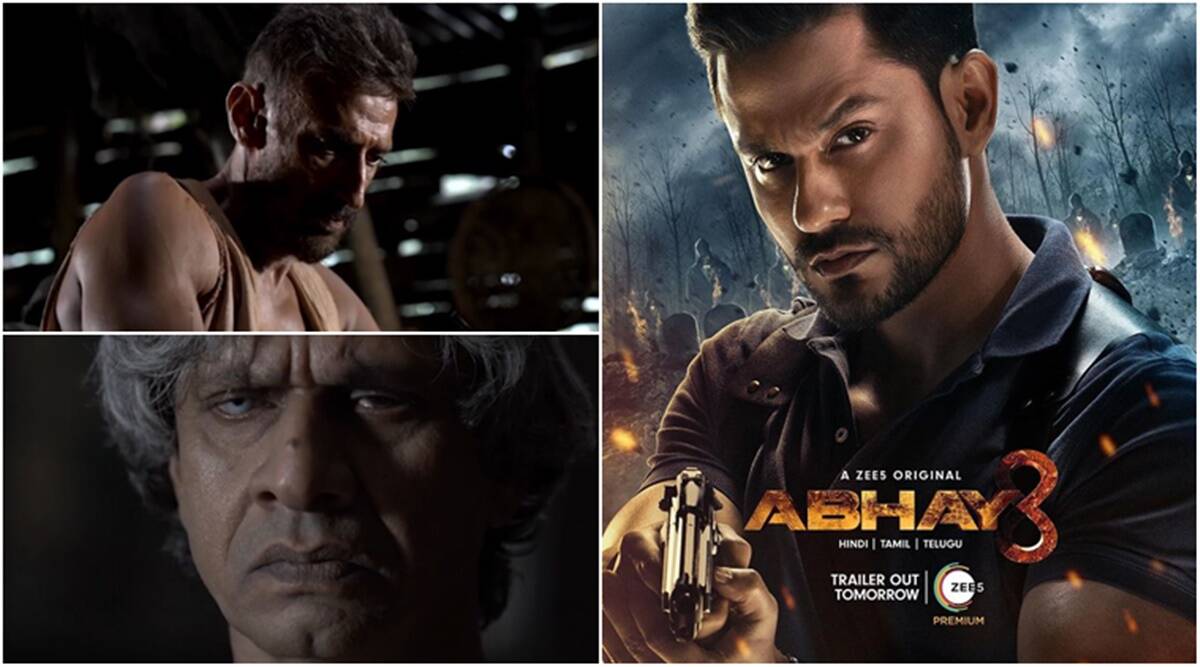 Kunal Khemu is back as the sultry sleuth  solving serial slayings. This time he  looks as  bored as we feel. In how many ways  are we supposed to relish the sight of victims being  disembodied for  the  pleasure of  demented minds?

Khemu’s  Abhay Pratap Singh shows heavy signs  of fatigue. Ditto the series. As the plot gets thinner the killings get more macabre. Abhay was never fun to watch. Homicide is   serious business  here. With exhaustion  overtaking the  shock value we are left with only some portions of  the plot that hold our interest in this  killjoy series.

There is  an interesting subplot in  the second episode where a  two social-media  influencers  played by Tanuj Virwani and Divya  Aggarwal kill for the fun of it. Aggarwal is excellent as a  self-consumed arrogant  influencer. Her expressions of disdain  and  disgust for her ‘fans’ are  just about the most interesting plot points.All else, as they say, is lost.

All else is  glum , gory and gutted. Vijay Raaz plays a freaked-out  mental  doctor who moonlights  as a cult-leading godman who  brainwashes his  followers  into going on  a  killing spree.

Really, now. This is way beyond the  prescribed limits of aesthetic mayhem. The  series  wears a haggard  look , with no fringe benefits except some  unintentional humour in the  coroner  hitting on  the cop(Nidhi Singh) with his  hands covered in  blood.

The dialogues  swing  from the  silly to the outright offensive.At the centre of the  sordid chaos is Kunal  Khemu trying hard not to look bored. Failing to do so, he  just looks like  over-worked  cop who would like to go  home to his unhappy son.

Almost everyone looks  like he  or she would rather be  anywhere but  in the godforsaken series .It is  always  good  to  see  Rahul Dev in action.But his presence here  is  of no help.Vijay Raaz playing the sinister  see  has prophetic  lines like, ‘Aaj main sare peedit  logon ko sukoon ki raah dekhaoonga’. He is barking up the wrong tree. The only out of this season’s  bizarre bedlam in the off button.

Unless you are  a sucker for self punishment.

Abhishek Bachchan: “I Will Never Forget The  Look On The Jail Inmates’ Faces”