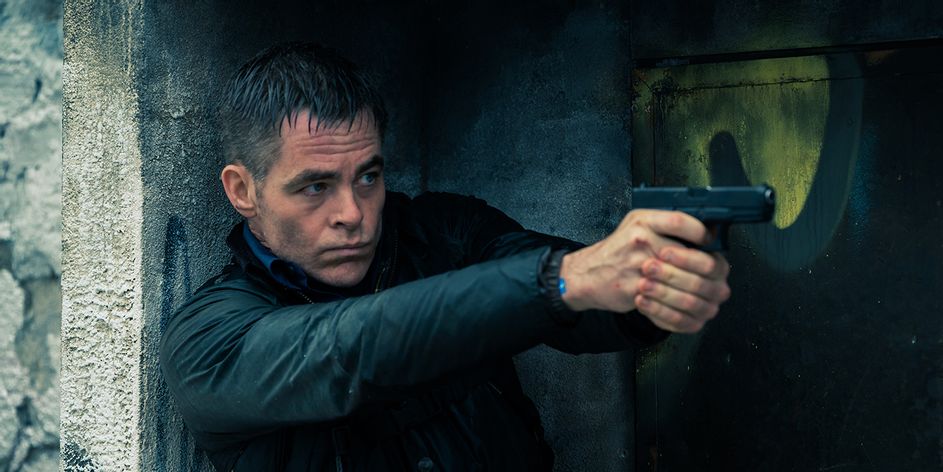 A  lot  of  The  Contractor is  about the miscarriage of  justice. Islamophobia  also creeps into coiling-recoiling narrative when a scientist Salim ,played by  Fares Fares who played the lead  in Tarik Saleh’s excellent The Nile Hilton Incident, is  killed in a  covert operation.

Saleh’s new film, a taut and  partially gripping spy thriller , is  not in the same league as   The Nile Hilton  Incident. But it possesses   a sense  of  hurried anxiety which is  not  quite  the heart-in-the-mouth  situation it should have been. But the end-product is  sufficiently  sleek, though  not always convincing.

The charismatic  Chris Pine as Harper reminds you of his namesake Chris Hemsworth in  his veteran soldier’s role. Harper is  just back from wartime  vigilance. Civilian life with wife(Gillial Jacobs, effective in her limited space) and  son is tough specially since  Harper is  cash-strapped.

When  best friend Mike(Ben Foster,constantly  generating interest in his character  through his concentrated energy) suggests some  quick and  big bucks by an covert army operation, Harper agrees.

The wages of  mercantile  sinning is  debt.  The plot  encircles Foster and Mike’s  need and weighs it against their greed. Once the pair sets off on  their mission—to  destroy the  scientific  work of a Muslim scientist Salim who is working on a new anti-virus vaccination , the  heat and thrust kick in with a vigorous  penetrative momentum.

You may  not  approve of the  plot’s politics,  abiding as  it does by the Innocent Terrorist theory. But   you won’t be able to take your eyes of Harper’s  feverish  attempts to flee from what was obviously a set-up.

What is  a trifle  off putting are convenient plot points, like  Harper, Mike  and  Salim all siring  a  son each of  nearly the same age. This gives the  plot a convenient peg to  perpetuate  a parental  poignancy  in the midst  of the gunfire of  vanities.

The  plot is  pleasantly  freed  of  flab. It is sleek and  synergetic , neither overcooked nor undermined  by  that esotericism which creates an unnecessary  dramatic tension .The blows land fast and mostly on target. The  action when it moves  to   Berlin is  riveting.

If at all there is something troubling the narrative, it is  the  scarcity of family moments. Barely do we see  Chris Pine slowing down for some  tender  loving care. This is not the time or place for  slowing down.