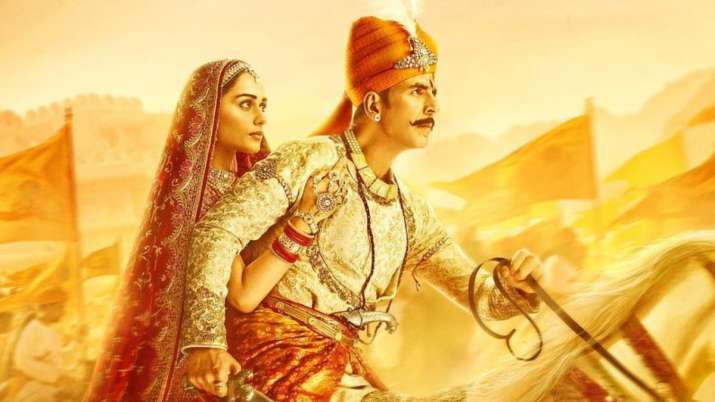 Akshay Kumar is being savagely  trolled for what  was meant to be his  his “ferocious” , “valorous”, “chivalrous”  act as the legendary  12th century warrior  Prithviraj Chauhan.

Going by  the reactions to  the trailer Akshay’s performance  seems to have misfired badly .

Innumerable netizens have compared Akshay’s Prithviraj(there is a  strong opposition  to the ‘Chauhan’ being dropped from the film’s title) with his burlesque  period drama  Housefull 4 where he had  played Bala,a banished prince from the 15th century,eliciting peals  of laughter  for his costumed over-the-top act.

Sources  in the know reveal the experienced director  Chandrapraksh Dwivedi  had asked Akshay Kumar to work on his  voice and body language  before taking on  the  responsibility of playing Prithviraj Chauhan.  But a  scarcity of time and initiative landed Akshay on location without preparation.

The result is for all to see.

Interestingly, Sunny Deol was Chandraprakash Dwivedi’s first choice for  the role  of Prithviraj Chauhan. When they were shooting the underrated Mohalla Assi  in  Varanasi  five years ago, Dwivedi and Deol had long discussions on Prithiviraj.

A well-informed source reveals, “They had even discussed the look and voice-quality of the character. Then what happened? Then Yash Raj Films  happened to  Chandraprakash Dwivedi. They  wanted  a more saleable hero than Sunny Deol. What we are seeing and the response to Akshay Kumar’s Prithiviraj act is just karma catching up.”