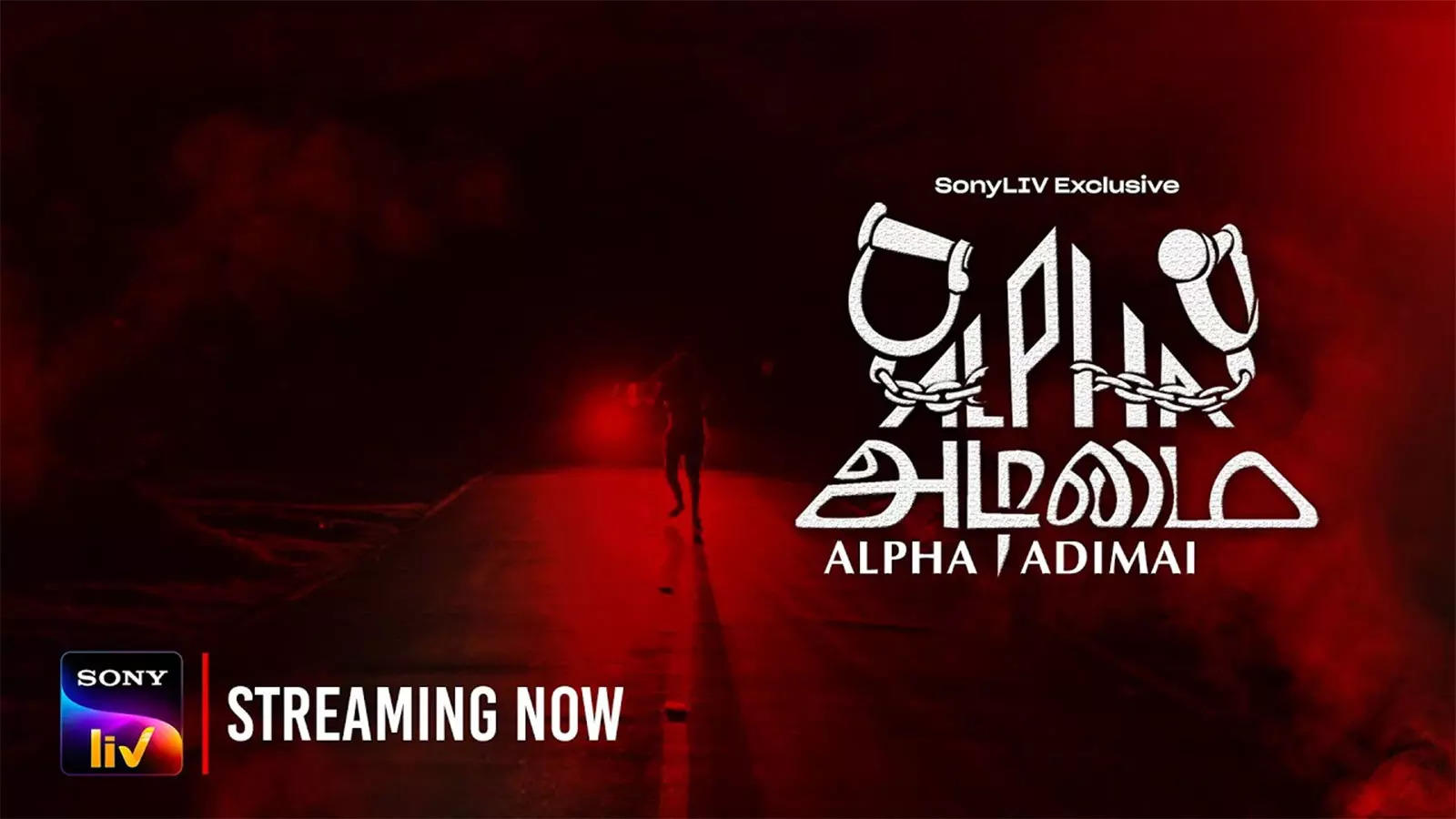 Alpha Adimai(Tamil, SonyLIV): Alpha Adimai is  one  of those  selfconsciosuly unpredictable thrillers, so predictable in its unpredictability  that you know  the writer-director wants to secondguess  all  our presumptions, and  in that  pursuit  he  frequently moves too fast hoping that  we would catch up. But midway through  the cat-and-mouse-and-rooster game(a  rooster plays  a pivotal role)  we lose interest in the murky miscreants with messy loves.

The  main characters in Alpha Adimai are two smalltime drugpeddlers  brothers Mayilsamy(Kalki)  and  Aaru(Jinovi who  has written and directed this  interesting mess of a  film). Aaru carries around  a pet rooster, This  gives him reason to make  a string of smutty jokes about  rubbing swollen roosters    up the wrong  way.

By the way  roosters are  also  known as  cocks, And what I  read in the subtitles was  pretty filthy. Mayilswami  and Aaru must flee from Chennai to  Ooty as the cops are catching up with them kidnap two privileged  young men to relative safety.

There are no female  characters in  Alpha Adimai not even in passing. We do hera  a woman on the phone ,taunting  Dheeraj(Vinod Verma)  and  Vicky(Arun Nagaraj) for  being gay and wishing they would enjoy  a ‘tight f…k’. I  have no idea how this  lengthy  phone  conversation fits into the crime-thriller format.

Jinovi’s word of crime and  grime  is strangely  sterile and denuded of all grace. We  understand that these are scummy people with moral values that can be  listed on  the  back of  a postal  stamp. So why a film about such distasteful  characters, none more so  than Ponnan(Eeshwar) , the third  most  economically backward  drug peddler, who  turns  out to be the strongest dramatic  force in a  film that  believes  in huffing and puffing and blowing the house down. Finally  we are left  with  no moral centre  to a  story  constructed on the premise that  Quentin Tarantino  and  Guy Ritchie were actually born in Tamil Nadu.

In a twisted  kind of a way this is a  road movie with no roadmap  to take it to any logical conclusion. The  writer-director seems  to have  played  it by the ear,  improvising  in the plot as  the five characters and the cock/rooster   packed into a  car  race towards Ooty.

I know some critics  have found Alpha Adimai “thrilling” and   “twisted” . But to me the moral deprivation  at the  centre  of the film is more tragic than thrilling. The characters even the two  uppperclass guys  who are forced to drive the drug peddlers, are  the scum of  the  earth.The film opens with one of them describing  an encounter with a  woman who  clearly didn’t want  what  our man had to give.

I felt  the same way about Alpha Adimai. It  is way too  persistent and aggressive. As for thrills, there is   a  long sequence where  the  drug peddlers  give the cops the slip. It is well shot and smartly executed. The  rest  of  the yarn is  so  fascinated by  its scummy characters’ moral bankruptcy, it’s  like enjoying the smell of sweaty armpits.