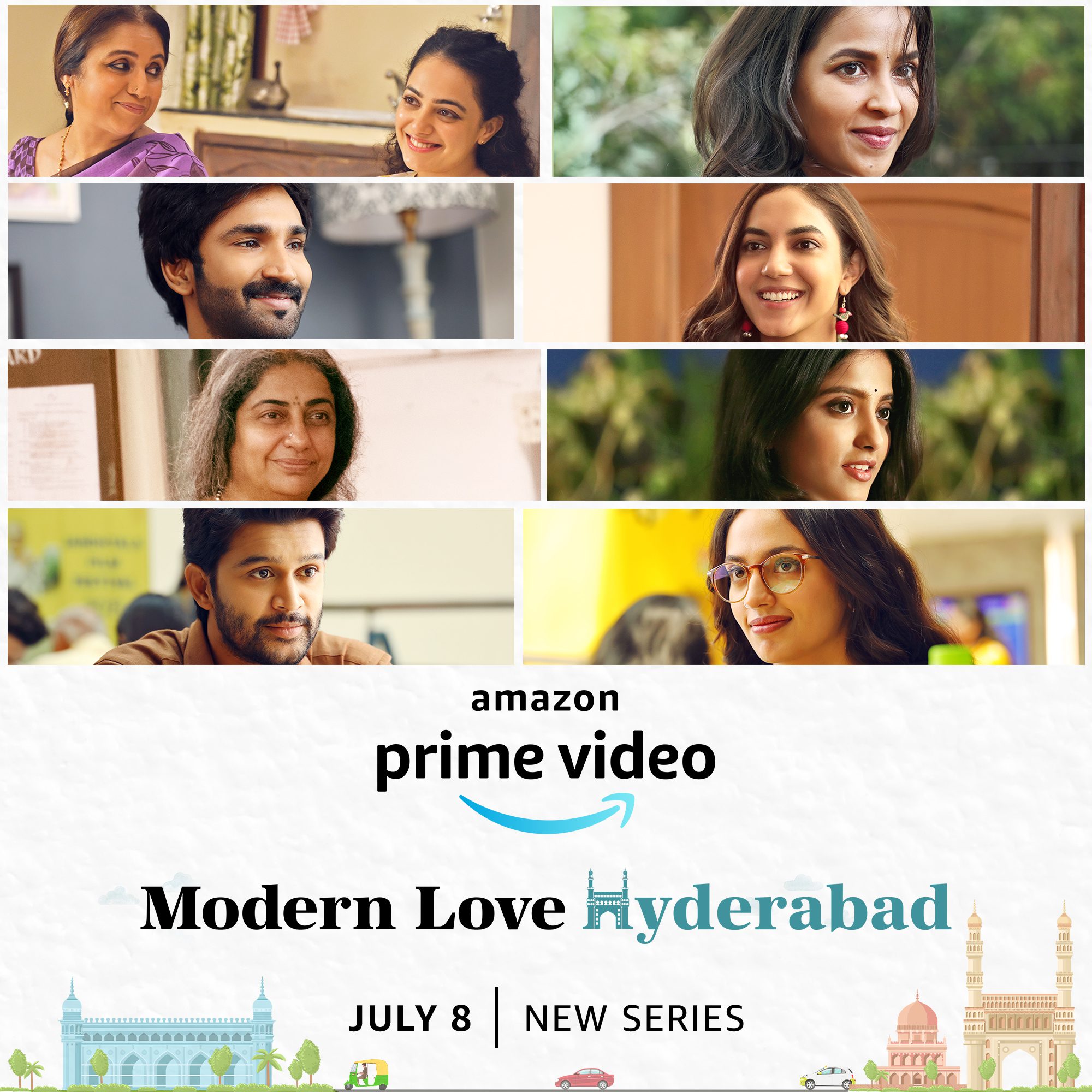 Produced under the banner of SIC Productions, the new Telugu Amazon Original Series will be available to stream on Prime Video starting 8 July, 2022.

The new Telugu Amazon Original series is produced by well-acclaimed creator Elahe Hiptoola with Nagesh Kukunoor as the showrunner.

Modern Love Hyderabad is the second edition of three localised and fictionalised versions of international Original anthology helmed by John Carney, Modern Love, and features a bouquet of 6 heart-warming stories that explore the various facets, shades and emotions of love across myriad human relationships. The Hyderabad chapter of the international franchise, inspired by the popular New York Times column, presents unique, quintessential and relatable stories of love that are rooted in the City of Pearls.

Says  the  showrunner  of Modern Love Hyderabad   Nagesh Kukunoor , “We are delighted to partner with Amazon Prime Video for a prestigious international franchise like Modern Love which has touched the hearts of fans and audiences across the world. Unlike New York and Mumbai, which are megapolises, the charm of Modern Love Hyderabad lies in the fact that it is a city which has witnessed rapid modernisation in the last decade or so, while keeping in touch with its multi-cultural roots. This made for an excellent study in how the true cultural essence and social fabric of the city could feature in these stories of modern love.”

“Rubbish,” Says Karan Johar On  Reports  Of Aishwarya-Sushmita On Koffee, And Guess Who  Accompanies Akshay Kumar On The  Mega-Show?