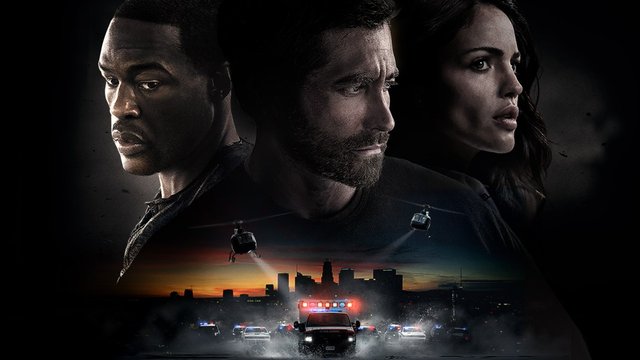 Ambulance Movie Review: Prey tell, what is the monarch of method acting  Jake Gyllenhaal doing in a Michael Bay flick about the hunter and  the hunted? It’s like Dilip Kumar doing  Rohit Shetty’s Golmaal franchise.

In fact at one point in the chase  daze  that Michael ‘Shetty’ Bay  unveils, a  female character  stops short in her  squealing tracks to  comment, ‘You are watching a very expensive chase.’

This is probably eligible  as in-house joke, just like that  montage  in  Boot Polish where  Raj Kapoor appears as  vagabond  for a scene  and someone screams, “Ekdum Raj kapoor dikhte ho’.Touche!

Well,fancy that, Small shrunken world  when  ground-level tastes are the same  everywhere . Ambulance is  the  visual  equivalent  of tatkaal booking in trains: reservation is  incumbent entirely on last-minute cancellations. A  burnt-out energy governs the  pumped-up  action of Ambulance.  Michael Bay, as  we all know, specializes  in  slick visual action  with  vast  landscapes  covered with nisy  choppers , toxic smoke  and a  desperate energy . Bay’s  Bad Boys  and Transformers   series got by on  the strength  of  optimum optical opulence.

There  is  not much one can do in the way of  spatial  spectacle  when  a majority  of  the action   happens inside a speeding ambulance in  Ambulance . That’s where most of the  flimsy drama  unfolds in this terrible remake of  an awful  Danish film.   with two bank robbers played by Gyllenhaal  and  Yahya Abdul-Mateen  2 playing adoptive  brothers  making a desperate  run for  freedom with the  loot.

Nothing can  compare with the director’s  desperation to rivet  our attention  for every second. No  shot is  allowed  to be longer than 4-5 seconds. The fanatical  frenzy gets to a  point where  actors are  edited  out  almost before they can  finish a  sentence.

Not that anyone has anything to say of any import. The one  redemptive stroke  in Michael Bay’s cinema was  its self-directed humour. In Ambulance  the  “jokes”  amidst the spurts of bloodshed(literally, as at one point in the  speeding  plot   a para-medic performs an emergency  surgery  in the hurling ambulance , the blood gushes out, thankfully  this is not a 3D  film)  are  tiresomely trite.  Somebody makes a reference to the  Michael Bay directed Sean  Connery starrer The Rock, to which his  partner replies,  “Oh, that’s Dwayne  Johnson.”

Come on, Rohit Shetty can do better. The action sequences are  tolerably taut on the large screen. But the screenplay sucks  and the dialogues are the pits. The  performances range  from the strange(Garrett Dillahunt as  the  police  chief) to the deranged(Gyllenhaal  screaming and ranting like  a  hammy hamster).  Amidst all the  madness of  a Bay-watch  gone  maddeningly  south,  the pretty Eiza González playing a fugitive  para-medic tries to  make sense  of  her role  . But it’s a  losing battle.

Ambulance is  a hellraiser determined  to  shoot itself  in its foot with the clumsiest of  WTF  directorial manoeuvres.In the  pre-action prelude  Gyllenhaal  introduces  a colleague as  ‘Mel Gibson….The guy from Braveheart which won many Grammys(sic.).’

Oscar being  way out of league for this one,  the Grammy sounds more  in keeping with the demented aspirations of Ambulance.