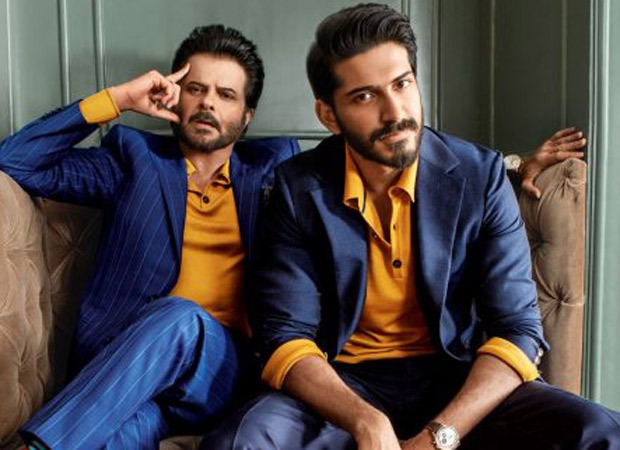 Anil Kapoor and his son Harshvardhan who  were  to do the Abhinav Bhindre bio-pic together  have now shifted sights.

The  father-son pair will be seen  together in  Netflix’s  Thar produced by Anil Kapoor Film Company (AFKC) and directed by Raj Singh Chaudhary .Inspired by Western Noir genres, Thar is set in the 1980s  .It is the story of Siddharth ,played by Harsh Varrdhan Kapoor. Shifting to Pushkar for a job, Siddharth embarks on a journey to avenge his past.

Talking about his upcoming film, the producer and actor, Anil Kapoor says, “I am extremely proud of what we have achieved with Thar and am super-excited about the film for several reasons. The genre itself – a noir thriller set in Rajasthan that pays tribute to the genre of the classic Western is a first for Indian cinema and audiences. Thar is a playground where the dynamism of new blood meets the experience of industry stalwarts, both on and off screen. On screen we see the fresh pairing of Harshvarrdhan Kapoor and Fatima Sana Sheikh and off-screen we see director Raj Singh Chaudhary creating magic with a team of ambitious, risk-taking debutantes – Director of Photography Shreya Dev Dube and Music Composer Ajay Jayanthi.”

Anil Kapoor  says he has always tried  to be  adventurous  . “As an actor and a producer, I have always tried to push the envelope and disrupt the status quo with innovative content. Thar is a manifestation of this obsession and I’m thrilled to have a partner as supportive and collaborative as Netflix to take this story as far and wide as it can go. We, at AKFC Network truly believe that audiences in India and across the globe will love and embrace the film for all its beauty, grit and thrill.”