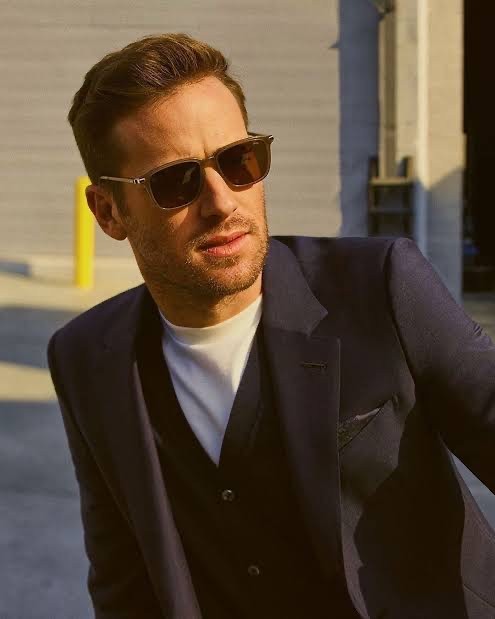 Among the  new breed  of stars who have come into American cinema Armie  Hammer  stood out. He was that rarity in  present-times, the all-American crewcutwholesome handsome boy whom every mother wanted to be  her  son-in-law and every father wanted  to be his son’s sports coach.

I first noticed Armie  playing the Winklevoss twins in David Fincher’s  The Social Network. Call Me By Your Name  where he had a gay affair with Timothee Chalametmade Hammer a global  star. In  all his interviews he came across as sorted, practical, sensitive , gallant and very articulate.

Last week it all fell apart when a  series  of  text messages  dug  out  from  God-knows-where(I  was just telling my friend Madhavan that we need to be carefully about what we  text, even  a joke can backfire 10-15 years later)  where he talks about cutting off various women’s body parts with the relish of gourmet anticipating a juicy steak.

Yes , these are cannibalistic messages, shocking  because  they don’t come from  Johnny Deep or one of  the  more belligerent  Bollywood  behemoths but a bashful  bridled  gentleman star who defined the alpha male  in the 21stcentury. I  remember my friend Anupam Kher telling me when he  shot with Armie for Hotel Mumbai(about  the 26/11 teror attack on Mumbai) what a great guy Armie  was, a fabulous  husband to his  wife Elizabeth Chambers and a perfect Dad  to his two little children.

“I will introduce him to you,” Anupam had promised. That intro never happened. Instead  Armie’s wife suddenly  left him.The façade  of a perfect marriage fell apart. Armie’s wife apparently  left him because of his chronic womanizing .What she  probably didn’t know, and now she does, is his  cannibalistic  tendencies.  Or maybe she did and quickly cut the marriage before he  bit off more than he  could chew.She has  now called him a  monster.The world nods  in agreement.

Elizabeth left Armie on the eve of his most romantic release Rebecca. It  affected the fortunes  of this latest  Daphne du Maurier adaptation. His  golden career is over  in  no time at all. He is  out  of his latest  project Shotgun Wedding where  he was to share screen space with Jennifer Lopez …until his culinary  tastes  revealed themselves to be somewhat  unorthodox.He says he has  quit the  project. But we all know that’s  a face-saving  tactic.The studios probably told Armie to  take  a walk,just as Kevin Spacey was expelled  from cinema  after  allegations of sexual harassment. They even re-shot his  part  in a film All The Money In The World with another actor.

For all  practical purposes Armie Hammer’s career has ended. His last complete film is ominously  titled Death On The Nile where Wonder Woman Gal Gadot plays his wife. I can’t see the two  of them  promoting  the  film together.Cannibalism,  you see, is  not conducive to  good PR at  a time when the world is going vegan.

Will they  re-shoot Death On The Nile with another actor? Or will they  postpone the  release  for  until the  shocking revelation about Hammer fade?