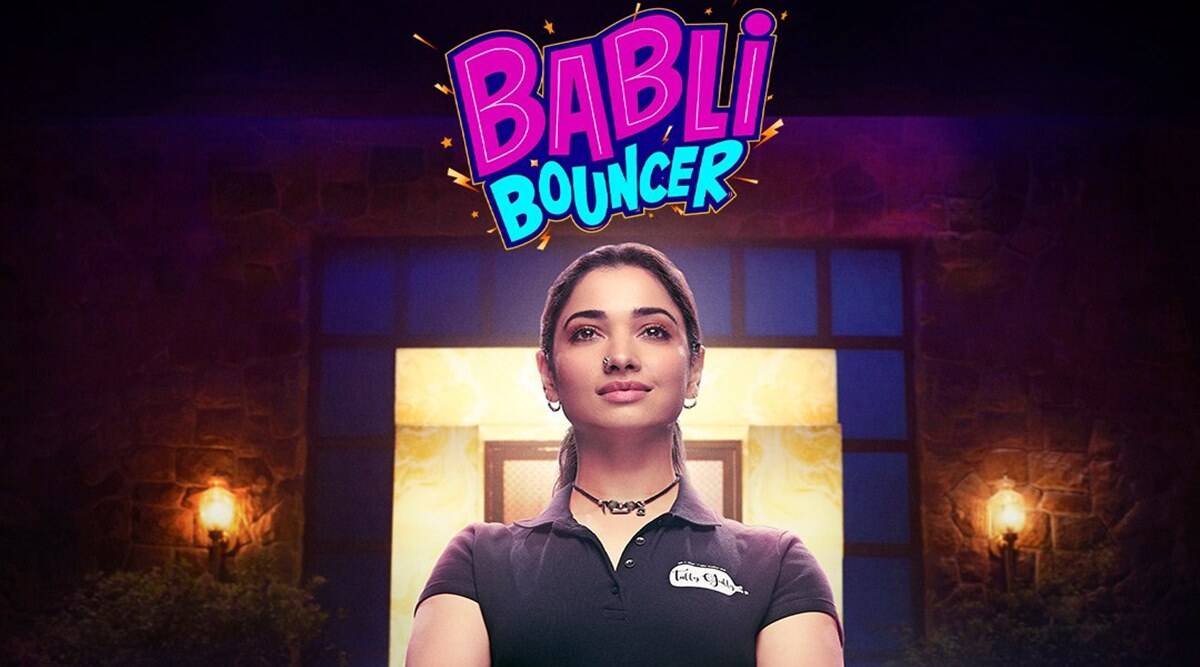 Although Madhur Bhandarkar’ s  Babli Bouncer is not as  probing and  revealing  about the world of  club bouncers as  Chandni Bar was about bar girls,   and although it is  not  as  good as  Bhandarkar’s  Fashion  or Page  3, it is  still superior to  the  director’s recent films, and a lot  better than some of the crap that hit theatres and OTT this  week.

Tamannaah Bhatia in  the title role is  the  narrative’s mainstay, though to say that she is the only reason to watch the  film is  a  bit of an exaggeration.  Though the  writing could have been a lot sharper,I nonetheless  found the  plot to be taut and fraught with grit and guts. It is always a  pleasure  to  visit  films  that show women invading what is  traditionally  the main domain, like Taapsee  Pannu as  the cricketer in Shabaash  Mithu.

Tamannaah and  Bhandarkar  have created a far more ebullient bubbly  and  bouncy  world in Babli Bouncer than  Shabaash Mithu. The writing is lively and  energetic  though it could have avoided some  of  the more predictable plotholes, like all those aborted attempts at  Babli being forced  into an unwanted marriage. In all these dekha-dekhi encounters  the  girl is  too smart  to  be cornered by the nerdy husband.Not funny.

Moving on,  Babli  manipulates her parents(Sourabh Shukla’s dad act is  severely underwritten)  and her fiancé Kukku(an excellent Sahil Vaid)  to let her  migrate   from her  hometown in Haryana to Delhi to become a bouncer at  a night club .

The club sequences are  well written and  Upaasana  Singh as  the freeloader Dolly Chadha(any relation to Laal Singh?)   is  a hoot.

Tamannaah is constantly  credible as  the  bouncer. Her  body language even in the songs  and dances is that of a woman who knows how to occupy space in a patriarchal domain, like  Shabana Azmi in Godmother.  Tamannaah’s  Babli is a truckload  of  energy and  mischief. She is  also superb at  showing her middle finger to social niceties. She  burps  and belches at  will , and drinks herself silly when she  wants.

This is  a wonderfully written part(it could have  done with some self-control, though)   and  Tamannaah obviously had  fun doing it. I  wish she had more  meat to chew on. Delving any deeper into the  upbeat but  shadowy world of female  bouncer  is not Bhandarkar’s scene. He is happy serenading the surface-level reality of  workingclass modalities . The more probing cinema he leaves to Anurag Kashyap and gang.

Depth defying  discrepancies apart,there  is never  a dull moment in  Babli  Bouncer . When  Babli says  ‘Phuk You’  to Viraj(Abhishek Bajaj)  the man she has  the hots for(good to see a  woman specially from  a non-metropolitan  and who rejects her  calling her uncouth) and walks of in slo-mo, I  could hear the applause  in the theatre.