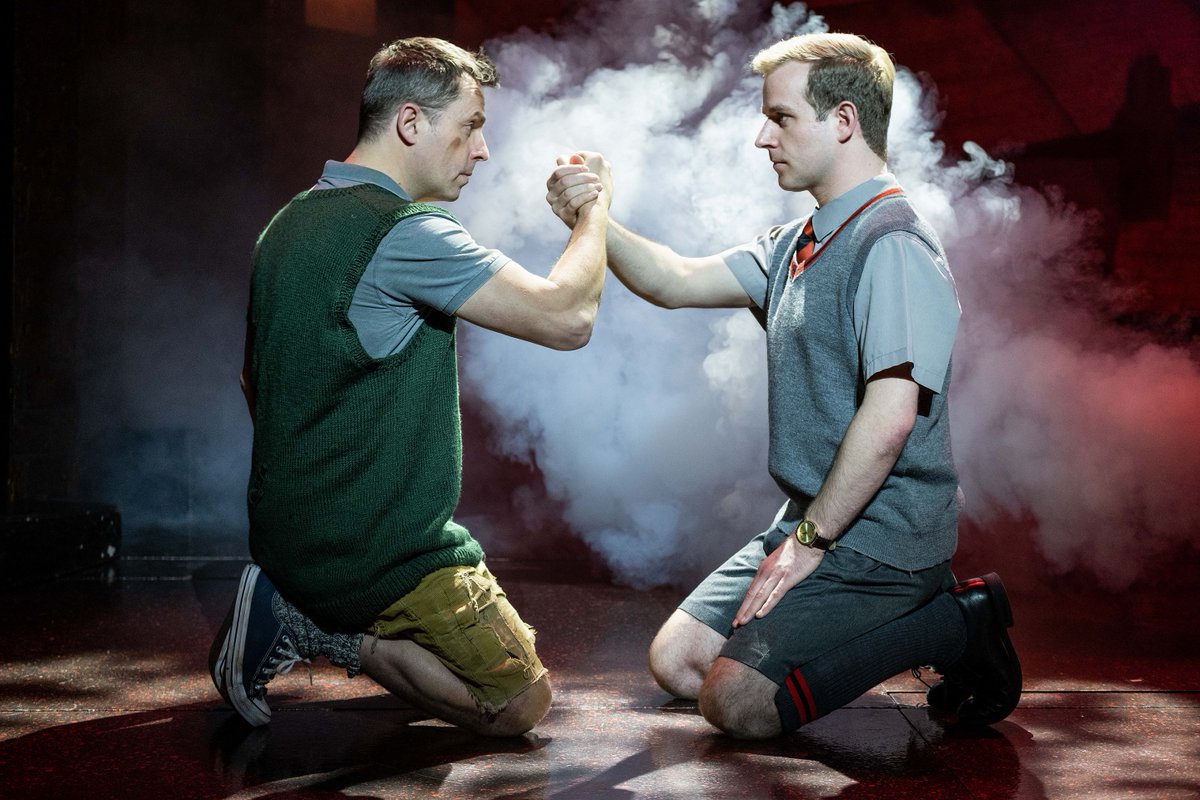 I never thought I would  see the day when  the  lovely Maya Alagh would actually share screen space with Asrani, and that  too in circumstances  that are  not quite….ummm…above board, shall we say?

Ms Alagh whom I’ve always found under-used,makes a comeback after  ages  as the  wily Sheila  Aunty,  neighbour to  an old lonely  man played by Asrani(in a  cameo)   whom Sheila looks  out  for like all widowed aunties do.Or, so  it seems. In the  one sequence that they have together we can see some flirting and also some greed and  covetousness creeping up onto the  screen like  a slithering snake  slipping up  a slumbering sleeve.

Ms Alagh is something  else. So, in some ways,is this  series  . Adapted from BBC’s  Guilt, Bloody Brothers, produced by Applause Entertainment who lately scored  a bull’s eye with Rudra, is  a slow-burn slyly satirical series. Nothing earthshaking happens  here. There  are  no big revelations  at  the end.There is no  attempt  to shock us with punctuated  drama.

But the characters are constantly surprising themselves, as  much us. This is  what  powers  the   plot.

It’s simple, really. Two brothers who haven’t met  for a  long time, meet at a wedding attended by the who’s-hoot , get drunk.While  driving back one of them knocks down an old man. The  feeling of remorse  and redress  that follows  carries the characters and  the  story forward .

While the  original  BBC series  relied on wry humour, director Shaad Ali and his  writers(Siddharth  Hirwe,  Riya Poojary, Anuj Rajoria and  Navnit Singh Raju)  gather the  goofy impulse  into the circle of suspense so that  nothing appears as serious or unsolvable as  it seems.

Jaideep Ahlawat and Mohd Zeeshan Ayyub are two of the  most  celebrated  products of the streaming revolution. Playing the Grover brothers,  neither  is  able to  induce  any  extra   vigour  to the proceedings. Yeah,  they are both  adequate –that’s the least we  expect  from them—but  nothing more than that.

The  supporting cast  is in it for fun.Tina Desai the web world’s Priyanka Chopra, is  mischievously wide-eyed and  seductive.She is not what she seems.Neither is  the  series. Shruti Seth,   stuck in a  placid marriage  has a fling  with Mugdha Godse. But  the fling lacks the sting of Konkona Sen and Aditya  Hydari Rao’s lustful yet lyrical  liaison in  Geeli Puchchi.

Bloody Brothers is a bit of a sukhee puchchi.The humour   is dry  and  the  characters are wet blankets  who don’t know how to escape the mess they have created. Except  of course Sheila Aunty who knows exactly what she is  in it for. Not sure of Satish  Kaushik,  though, His  sinister  crimelord act, glistening  head  and  all,  dithers  aimlessly between satire and something darker.

We  never quite  know  what  mood Bloody Brothers  aims for. But it’s fun to keep guessing.