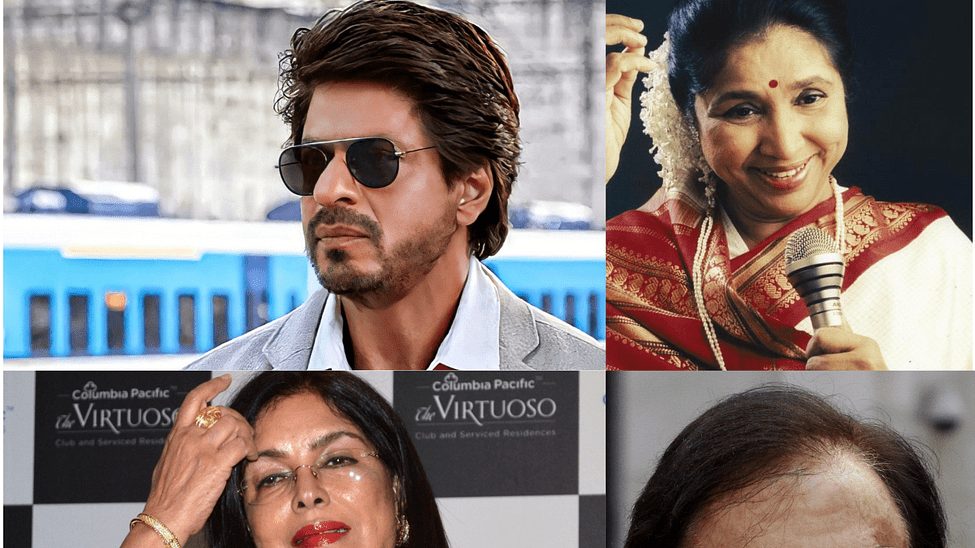 The  film  is about four  prostitutes  living and lusting  their way through Marrakesh’s  leaden  nights.And the  sequence , a homage to  Bollywood ,features the  four  whore-pals Loubna Abidar as Noha, Asmaa Lazrak as Randa, Asmaa Lazrak as Randa, Halima Karaouane as Soukaina and  Sara Elmhamdi Elalaoui as Hlima, cosying  up  in bed  watching a  Hindi film on a laptop.

We don’t see which  Hindi  film they are watching.  But we can hear the  the sound  of Asha  Bhosle singing Bheega badan jalne laga mausam badalne laga , an  R D Burman composition  from Sanjay Khan’s  1980  film Abdullah  ,filmed  on  Zeenat Aman bathing  under a waterfall. The  four protagonists  of  Much Loved are obviously enjoying the  film, laughing and  clapping. The eldest  of the quartet  Noha  comments, “If that  hottie(meaning Sanjay Khan) agreed I’d  do it with him for free.”

Then the ladies go on to make  appreciative noises  about Shah Rukh Khan.

In  another recent  film The  Half  Of It,  Mohit Suri’s Ek Villain plays  an  important  in  Chinese-American director Alice Wu’s film.In the  film the 17-year  old Chinese American protagonist Ellie Chu(Leah Lewis) and her pal  Paul(Daniel  Diemer) watch  Siddharth  Malhotra run  after the train carrying a  sobbing Shradha Kapoor away in Ek Villain. At the end of the  film they enact  the same situation though  not as parody but an affirmation that life often imitates art.

It’s  reassuring  to see that  ‘Bollywood’  and  its formulistic songs dances  and drama are  being integrated  into cinema  across the world.

Related Topics:Bollywood news
Up Next