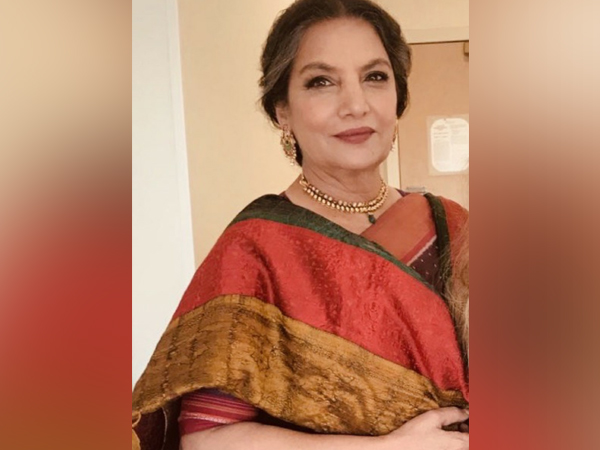 Although they are  both   a part of the cast in  Karan Johar’s  underproduction Rocky Aur Rani Ki Prem Kahani, Shabana Azmi and Jaya Bachchan were  not invited to Karan Johar’s 50th  birthday party hosted  at  the Yash Raj Studios, because as he  told me , he wanted to avoid security and pandemic issues.

Well, we don’t know  about the security bandobast, though  if anyone had been kidnapped we would know  by now. But we  do know that the Corona virus  made an unwanted guest appearance at the  memorable (for all the wrong reasons) bash leaving many guests(approximately 50-55) infected.

Apparently  throwing  all caution to  the winds, hardly anyone wore a mask at the party. A prominent  invitee told me, “KJo was in   the party mode. We were all told to leave our scruples at  the  door and  have  a good time. Kal  kissne dekha hai?”

Good times  come  with their  warning in  fineprint which  can be ignored at  one’s  own  risk. We now hear that  a large number  star-guests are  infected with the  Covid virus,and  the  numbers of celebrity invitees  testing positive  is growing as I write this.Shah  Rukh Khan who  danced till dawn the party has tested positive. And so  I hear, have  Bollywood’s newest  wedded couple Katrina Kaif  and  Vicky Kaushal. Other names are  rapidly  coming forward to inform us of their  infected state, rather than reports coming out first.

It is a terrible situation to be in, as  the party  spirit has  disappeared and  only the  illwill remains, it’s  sorry situation  that Karan could have easily avoided. I am told Karan was  opposed  to the idea of a big bash. He wanted a small intimate dinner party at  his home. Which is not to say that  a smaller gathering would have  ensured Karan’s guests’  immunity against  the virus. Some months  ago, guests at a dinner  at Karan’s home  tested positive.

So my suggestion after the  May 25 fiasco is to layoff lavish parties. Grow up,Karan. You are  50 now. You don’t need all these fair-weather  friends who hang around you for  what you represent rather than who you are. They  shamelessly tap  your emotional  vulnerability; heterosexual actors flirt with  you and wink behind your back whispering,  ‘Kya farq padta hai? If it makes him happy.’

So Karan, make  a pledge. No more lavish parties in future. Just spend time with  those who really  matter  to you: your mother and your  two lovely  children  Yash and Roohi who will never judge you  because they  love  you unconditionally. As  for those who troll you mercilessly once again  for  a party that they are calling a hotspreader, they should remember  that no  one at the party was  a  child. They knew what they were getting into. Masks  or no masks , they were there because  of  who you are.

The first  question being  asked is, where did all the money from the estimated budget of Rs 230  crores go?  Not much of it is visible  on  screen. The special effects are  downright  tacky and  the  film’s purported epic vision seems  to have been  lost in translation.

This is Aditya Chopra’s  second  thundering flop in  a row after  Jayeshbhai Jordaar(JJ) which starred Yash Raj’s blue-eyed  boy Ranveer Singh. And Chopra is   not amused.In the cases of both  SP and  JJ the failure  has been of epic proportions. Shows of JJ had to be cancelled due to zero attendance. And  now with Prithviraj, history has repeated  itself, though not in a good way.

An atmosphere  of dismay and  anger prevails at Yash Raj. The onus  of SP’s failure is  being placed  on its leading man Akshay  Kumar’s  shoulder.

“He  wouldn’t listen,” a source in the know  informs. “The film required  a dedicated concentration. He  wouldn’t  even  grow a real moustache  , as he was doing  other  project simultaneously. When playing someone so historically important, why couldn’t he  have  done just this one  project,and given  his best to it?”

The film’s  architects  are  blaming Akshay  Kumar  for  the failure  of  SP.

Akshay  could have  taken a  page from his  father-in-law Rajesh Khanna who had  to grow  a beard  for Yash Chopra’s Ittefaq in 1969 at  the  peak of his superstardom. Khanna grew the beard and allowed  the continuity  process in other  films notably Raj Khosla’s  Do Raaste  ,to suffer. In  Do Raaste the beard  kept appearing and  disappearing .

I had asked Rajesh Khanna about this  and his reply was terse  but  revealing.  “Continuity  suffered in Do Raaste. But I  was  committed  to sporting a real beard  in  Ittefaq. A fake one would  have looked…fake.”

The beard for  Ittefaq was part  of  Khanna’s contract. The moustache in SP  should have been the same.

Suman Sinha , an enraged film exhibitor in Bihar, is  hugely upset by Akshay’s false moustache. “Does Mr Akshay Kumar  realize  what the  moustache means  to Rajput pride?  It is  the fulcrum of a Rajput’s  identity.You can’t mess around with the moustache.”

The moustache  is  not all that is wrong  with SP. The entire  project seems  to have  suffered  from a lack  of  conviction. The film  was  originally  planned  by director Dwivedi with Sunny Deol  and Aishwarya Rai Bachchan  playing Prithviraj and Samyukta. When  Aditya  Chopra  and  Yash Raj  Films  decided to  produce  the  film,Akshay Kumar came  into the  picture.

Alas, the rest  is  not history. This  portrayal of Prithviraj  Chauhan ranks as one of the worst on-screen treatment  of  the legendary Rajpur warrior. It ranks lower than even the 1959 version  of the valorous  Prithviraj’s  exploits which starred  Jairaj in  the title role.

After two thundering flops Bachchan Pandey and  SP, Akshay  Kumar is looking at his next project Ram Setu more carefully. He  should have done that earlier.