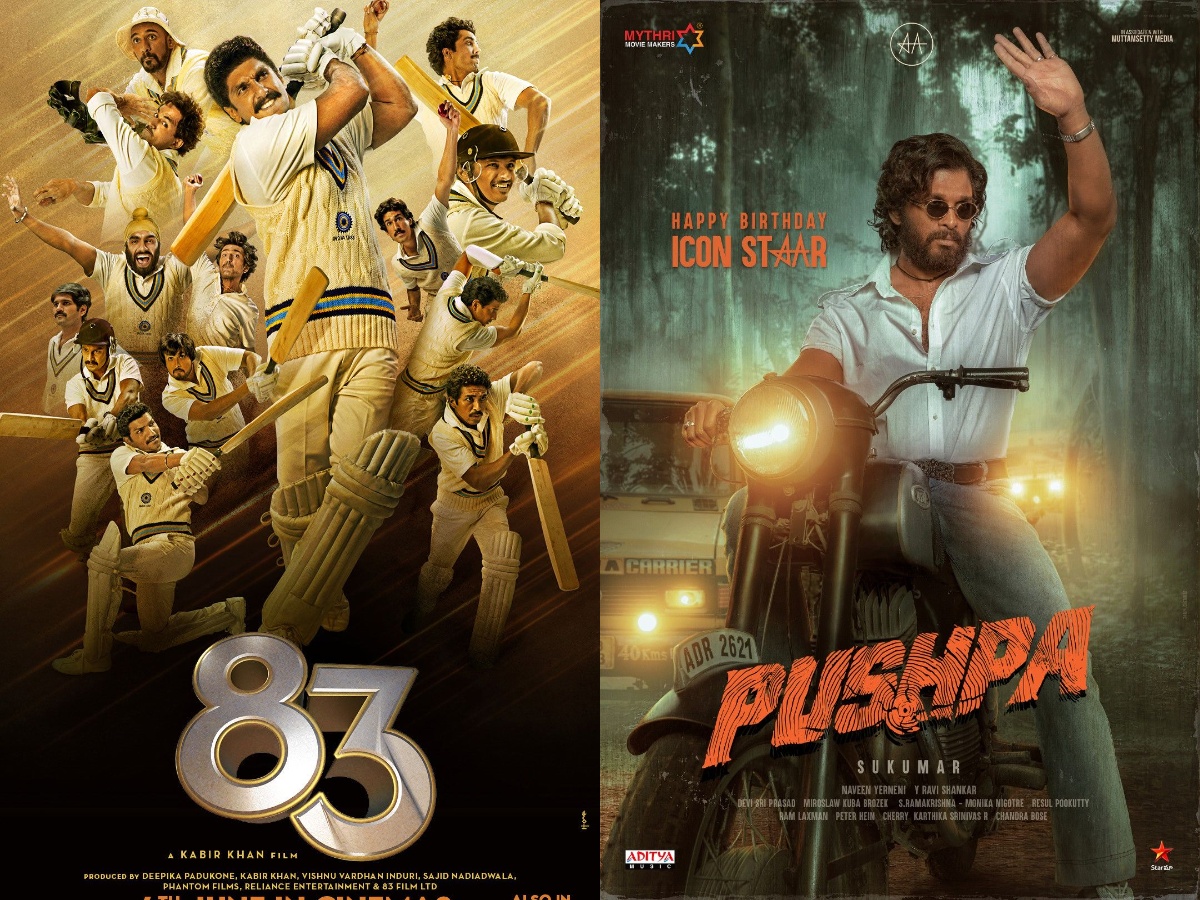 Pushpa The Rise vs 83

There  was a  time when two or more films would be released on the same  Friday in movie theatres. Now  the  competition has shifted to the home medium.

On  March 20, a  day after Holi,Allu Arjun’s  pan-India  blockbuster  Pushpa The Rise will  premier on Dhinkchak TV, while  Kabir Khan’s World Cup bio-pic ‘83 on Kapil Dev premieres on Star Gold  .

In  the  movie theatres, Pushpa The Rise already has  a huge edge  over 83. However since  ’83 is  about cricket it may find a larger acceptance  on television than  it did  in the movie theatres.

In Pushpa The Rise Allu Arjun is exceptionally effective  as  the  forest-bred bandit who takes on the sandalwood mafia. The film,  sad to say, is woefully crude and tactless, unleashing the kind of melodramatic maelstrom that may have appealed  two decades  earlier. Now, it all seems way too gruff grisly and  old world   to be  forgiven as mere “entertainment”.

Kabir Khan’s  ’83 brings  back  to us the  great  1983  victory with a vividness we have  not experienced before in any sports drama. Kabir Khan cleverly  kicks into India’s obsession with cricket and eventually turns an underdog saga into a triumphant  tale  unforeseen heroism. The  casting  of  the cricketers, so crucial to the  efficacy  of  the end-product,  is almost impeccable. Jiva as Srikkant and  Amy Wirk as Balwinder Sandhu are  notably  effective.

What  works wonderfully  in  the  film’s favour is  the team’s commitment  to getting  it right. The matches look authentic. Cameo appearances  by Kapil Dev and Lala Amarnath  do not  appear gimmicky. No one is in this  for attention. There is  a sense  of  profound  commitment  underlining even the most  crowdwooing  moments, such as  that recurring visual of  a  little  boy with his father rooting for Kapil, or Boman Irani as  a radio commentator  sobbing at the end.

’83   is  not a film to be taken  lightly.  It is relevant and  historic  and  yet it  succeeds  in not  being self important.  Standing tall  at the  apex  of the   drama is Kapil Dev, the affable desi captain  of  the  team, so kind and yet a  born leader.