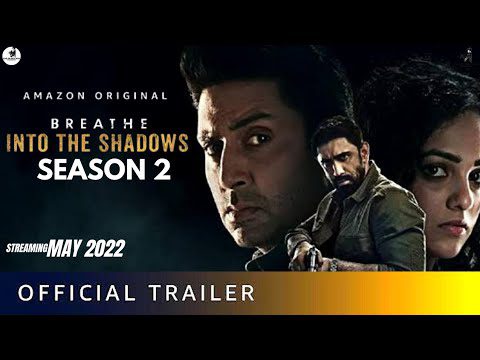 Breathe Into The Shadows(Amazon Prime)

Early on  there is a  cute sequence where Avinash Sabharwal, now in a mental asylum, is visited on his birthday  by his wife and daughter .Since  the daughter  overstepped the cake while writing ‘Happy Birthday’ her mother suggests an extra  cupcake with  ‘Papa’ written on  it.

I found that  incident very significant to  life  and to  life  as shown in the  second season of Breathe  Into The Shadows :  you sometimes lose out on something vital  in life  but there is a always a way of making up for it.

This season Abhishek’s Avinash is on  a murderous spree again , this time unmasked, Covid rules relaxed,  killing his victims for grievances that  range  from a destroyed dream house to  a botched up medical  procedure. Everyone who has messed up Avinash gets the sharp end of the stick.

The elaborately planned  murders are  engrossing, especially one  where  Avinash is  finally caught at the scene of a crime,  taken to a provincial  prison  while  in transit where he  commits another  murder. There is intelligent writing here, powered  by a sense of anguished helplessness of a  common man when the  government machinery fails  him.

Abhishek  speaks  very little  . He lets  his  eyes do  all the talking. The rage the  helplessness  and the  anger all come  through. Amit Sadh as the cop looking for the unhinged killer is also  seething with anger. Amit’s  introductory  sequence where he  wallops  a  drunken lout for roughing up  a musician, had me out of chair  clapping.

Though with  Amit Sadh,  I felt he  was  raging for  something more than his  character’s helplessness:  for more  space for his character, perhaps.

If the truth be told, every characters besides Abhishek’s Avinash is  dipped  into sauce of darkness,  shadowy in  shape  and ambiguous in deed. Early on Avinash’s wife played by the lovely  Nithya Menen who lights up the screen each time  she  is  around,kills a man  with cookies, and then goes  about doing her normal motherly chores as  if it is all part of  the routine.

Like  I  said, the killings are killingly engrossing. My ‘favourite’(sorry, it sounds like  a  flavour of ice cream) is  the one  where a blind ventriloquist(played  with a gripping gusto by  Mantra Mugdh) is  taken for a train ride  to hell  by Avinash and his  sidekick Victor  .

Victor  as  played by Naveen Kasturia  is part Joker, part  Lucifer.  He treats  death  as a joke. Maybe because life treated him  as  a joke.

Why Are We Celebrating 22 Years Of  A Mediocre Film?