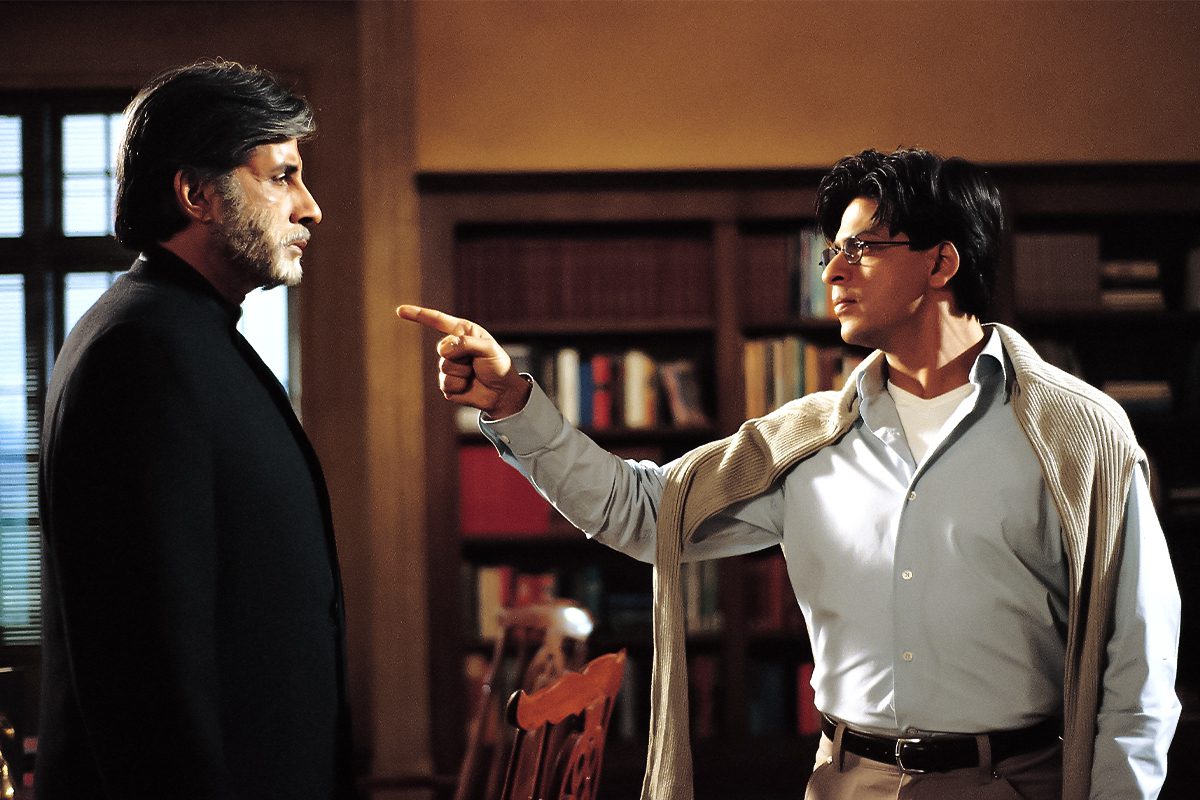 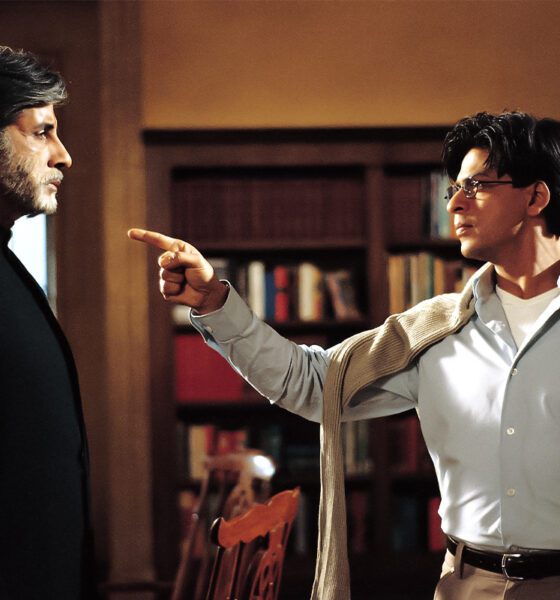 Why Are We Celebrating 22 Years Of  A Mediocre Film?

At  3 hours 36 minutes and with  two intervals for much-needed respite,  Mohabbatein is  a slog. There is no other way  to describe this overblown exhausting and pointless campus confectionary .

Set  in an  imaginary  boarding school  named Gurukul(how kul  is  that!)  Mohabbatein had Amitabh Bachchan  and  Shah Rukh Khan  crossing swords over Aishwarya  Rai   who was so  fatigued by the  blistering bickering between the two men in her life, that she  simply  jumped down from the nearest balcony, only to return as a  ghost singing Lataji’s melody Humko humeen  se chura lo, the  only USP in a film suffused with PSPs(Pathetic Selling Points).

Oh yes,  Mohabbatein also  introduced us  to six  debutant actors, all but one  unremarkable in  their own  right: Uday Chopra, Shamita Shetty, Jugal Hansraj, Kim Sharma, Jimmy Shergill, and Preeti Jhangiani. Barring  Jimmy, who went  on  to make  a career as a  solid dependable  supporting actor,   none of the other debutants  showed any exceptional or even minimal talent. Their careers ended where it belonged.

Weirdly,the flat-footed film  continues  to be  regarded as a some  kind of  a modern classic. This is  nothing but an effort to rewrite history according to the Yashraj Films’ narrative, anointing  the heir apparent Aditya Chopra’s post-debut film as a formidable follow-up to his  milestone debut  Dilwale Dulhania Le Jayenge.

Mohabbatein is  nothing of  the  sort. It is  unwieldy and bombastic. The  verbal  exchanges between  Amitabh  Bachchan  and  Shah Rukh Khan  sound  like trolls long before trolls  were  invented . The  female  newcomers are locked in  a pitched battle  to prove  who can show more cleavage. Even Preeti Jhangania  who  plays  a widow joins the trip down mammary lane.

Interestingly,after Kajol said no,  Aditya Chopra had second thoughts about casting Shah Rukh and  Aishwarya as a  romantic couple since they were playing  siblings in Josh simultaneously.  It was Aishwarya who  convinced him that the  audience is open to actors  moving away  from their comfort zone. She  pointed out to Aditya that her mother-in-law  the  great Jaya Bhaduri played  daughter  and wife  to Sanjeev  Kumar in  Parichay and Koshish during the same year(1972)

That  said, the kul school in Aditya Chopra with its seven-star classrooms and combative cleavages aggravating the ambience of subverted academia,  seemed to belong to another planet. Shah Rukh Khan was the romantic violinist teaching his students Uday Chopra, Jimmy Shergill  and Jugal Hansraj a thing or two about love. It was a wildly improbable romp into the realm of the untenable given strength and conviction by the  confrontational rhetorics between the Big B and Shah Rukh representing the conservative and liberal aspects of education.

For me Mohabbatein  is  a  monumental letdown.I preferred Aditya Chopra’s third film Rab Ne Bana Di Jodi. An outlandish  premise of a boring  husband who turns  into a cheesy loverboy to  win over his wife, Rab Ne Bana Di Jodi showed Aditya’s love for Satyajit Ray . In beginning of the film Shah Rukh steps in to marry bride Anushka Sharma whose  bridegroom  has  died suddenly. This  prelude owes  its  allegiance  to Satyajit Ray’s Apur Sansar.

Not many know  this. But Aditya Chopra is an avid movie buff. He watches  films from all over the world.Until recently , pre-pandemic, he watched every Hindi film  in the theatre on the Friday of  its opening. Sometimes  keen fellow-spectators would  recognize him.Adi would pretend to be someone else. Just like  Shah  Rukh in Rab Ne Bana Di Jodi.

We  haven’t seen him direct  a truly outstanding film since…well since forever. Mohabbatein had come five years  after  DDLJ .And  Rab Ne Bana Di Jodi came eight years after Mohabbatein. Aditya Chopra’s last directorial  was   the  execrable  Befikre in 2016.He needs to  come out of his  shell, meet people other than those who work with him. Maybe he can’t be as gregarious as his wife Rani Mukerji. But at least he should stop fleeing from company and get to know real people apart from  Shah  Rukh  Khan and  Karan  Johar.

@Also Read:  The  Big Independence Day Clash To Be Averted?