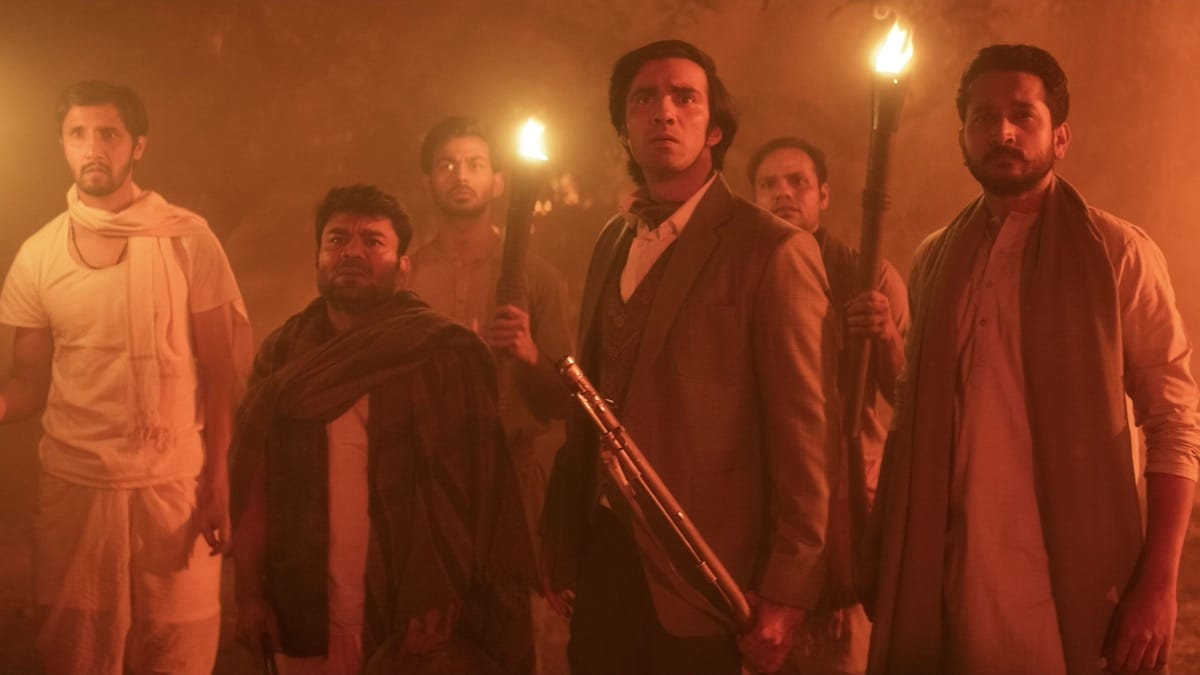 Written and directed by Anvita Dutt.

Imagine Satyajit Ray  drops in  for tea with Sanjay Leela Bhansali when suddenly the Ramsay Brothers start hammering at  the door.

This is  the feeling we get while watching  Bulbbul, a bitter-sweaty , brackish  brew  of Tagorian  family ties and Ramsayesque  horror(there is  a  chudail with her feet turned  inwards) . The  90-,minute narrative is so  hung over with  pretentious references  to Ray’s Charulata and  Bhansali’s Devadas that  the clock seemed  to stand still as  the doomed  Bengali family in  the  19th century playing its  karma with a quivering intensity in  a period drama that looks  like a fable plucked  out of its habitat and served  undercooked and  overspiced.

More corny than  scary, Bulbbul  is like  one of those Chandamama fables  that we  heard  in our childhood dipped  in the sauce  of scandal and  salaciousness meant  to be served up piping hot.

But  alas,  someone  forgot to  turn on the heat.The narrative reads like a Cold Play ballad rendered frigid by a  cover-version band that knows the words but has  no  access to  the  feelings. The  plot tries to scare. And boy ,  two psychologically  unhinged Rahul Boses is scary  enough. Rahul  playing brothers in a fetid fading feudal family is so ill-cast he  makes us laugh  out loud when  he  is meant  to be Pure Evil. Nothing, not even evil,  is pure in this ode to ornate artifice.

The  scenes where  Bose straps down and   tortures   Bulbbul(Tripti Dimri) are easily identifiable  for us. That’s how we feel as  the  dysfunctional family in 19th century Bengal  tries to gag and brutalize the Bahu of  the family.

I know I know. This  is a feminist statement on what  happens when you chain a free-spirited woman to the nearest bedpost and whip her to a bloody pulp.

If the above description scares the yell out of you, then you are welcome to this mash-up of horror and passion. But  to most of us who have seen  Ray and Ritwick Ghatak bring feudal Bengal to life in cinema  of  ruinous decadence,  Bulbbul strikes us as a work of  inexcusable self-indulgence.

Every  technician and actor seems  to  have been given the same  brief:  behave like you are on the set  of a Ray film  being directed by Bhansali.The ripe-orange look of  the  night sequences echo the  Devdas  look from Bhansali’s film. Tripti Dimri  and Avinash Tiwary try to do a Soumitra Chatterjee and  Madhabi Mukherjee from Ray’s Charulata  and fail miserably. The only actor  who  doesn’t seem to be   faking it is Parambrata Chatterjee. With his sincere approach  to his character , he seems  to be in  the wrong film.