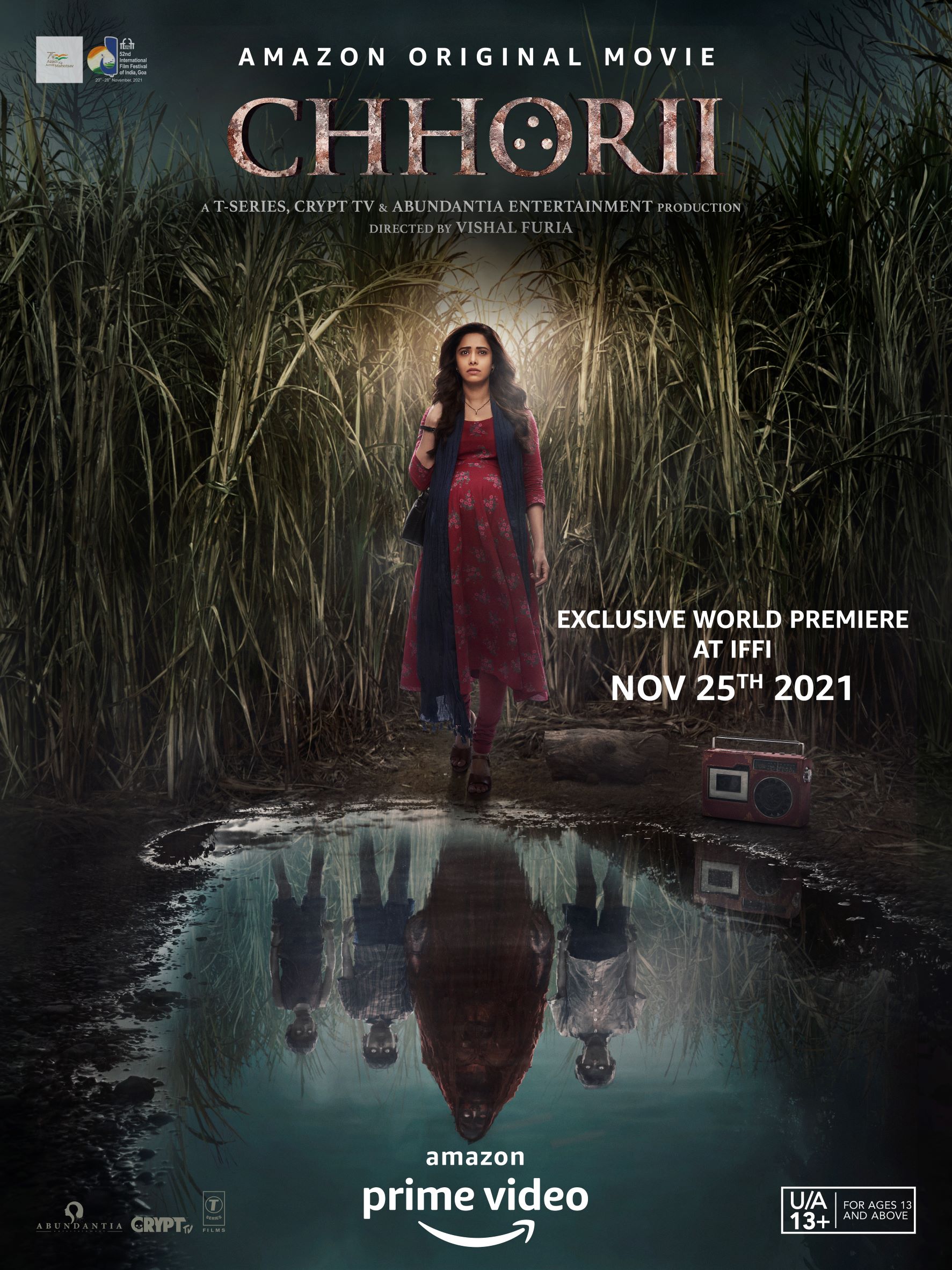 Chhorri ke peeche  kya hai???!!!! An urgent  message on female foeticide   is tucked away in the ghagra  folds of this   unusual flawed  yet  interesting  shiver-giver.Almost the  entire  film is  set in deserted yawning stretch of a sugarcane field where the  silences are punctured by eerie sounds  of  little  children with big wide eyes  playing and laughing in a deceptive show  of normalcy.

As  this  low-budget mayhem-drama tells us, quiet places secrete  deep disturbances.Right.But we  don’t really get to penetrate the  heart  of  the  horror.  Director Vishal Furia’s faithful adaptation of  the  Marathi film Lapachhapi  is unable to  convey  the fearful ambience  of the original.

Yes, there is plenty of atmospheric pressure in  Chhorri. But most  of the jumpscare moments  are reserved  for the  last half  an  hour when the  F-X guys  have fun with the  fear fare. Some of the images towards the end specially one showing a womb on fire , are disturbing.

It is up to  the two talented actresses Mita Vashisht and Nushrratt Bharuccha to  communicate  the  sense of gathering  ominousness. For Mita Vashisht  sporting a Rajasthani accent and appearing  intimidating  is  child’s  play.She can appear twisted even when offering  her co-star a roti  fresh off the  chulha. Or when telling a chilling tale  of  murder and  retribution , she  is  explosive  without having to explode into hysteria.

Some of the footage  goes into  building a  relationship between  Vashisht  and Bharuccha in the wilderness . But the betrayal that follows  lacks the  forceful  impact that  it is  meant to communicate. Bharuccha shows an admirable level of commitment playing an endangered  pregnant woman strangely left to her own devices  in  the middle  of nowhere.  Alas,  her prosthetics  let her down. The spirit is  strong, but the flesh is sadly weak.

Perhaps the weak supporting cast is to blame for the  lame execution of what  was potentially an explosive and thoughtprovoking  take  on  female foeticide. There  are only two male characters in the  plot, played by  Rajesh  Jais and Saurabh Goel. They remain shadowy figures  with  blurred motivations for whatever (little) they do while the women occupy centrestage and succeed in sustaining the dramatic  tension to some extent.

However  too many unexplained props  and signs that are meant to  build  the  feeling of foreboding, seem to be there just for the random scare.  There is no fluent  construction towards the end-eruption, making the whole exercise  look not  only  lopsided but deformed.

On the plus  side, the cane fields and the feeling that they hide more than we can see is  ably  captured. Anshul Choubey’s cinematography conveys the creepy mood  of  a regressive situation . But the editing  could have done  away  with  the flab. Some of  the footage  seems to  be there  just for the  heck of it.

The creeping pace is not lacking in grace. But even at  90 minutes you  need patience  to  get to the  meat  of  this  fear  fable.

Related Topics:ChhoriiChhorii movie
Up Next