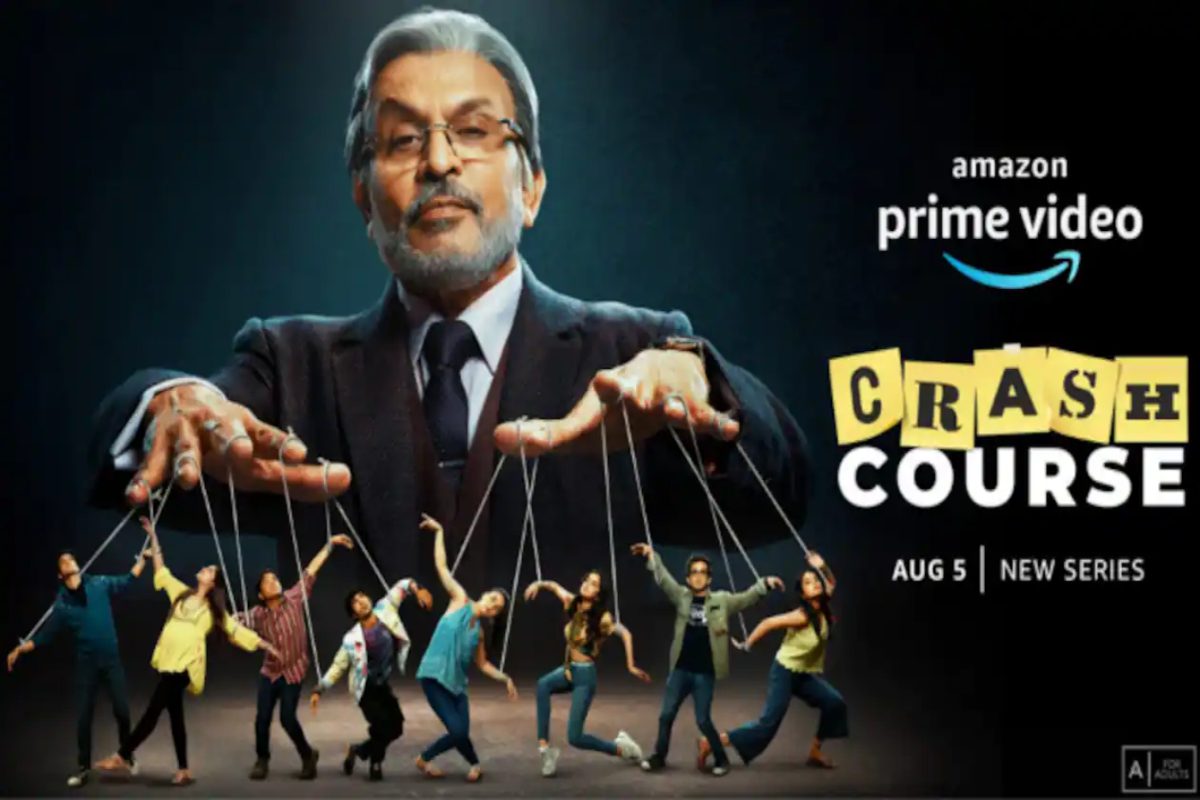 There is  a plentitude  of  acting  talent on display in this penetrating  study  of the rivalry among coaching institutes  in  Kota, Rajasthan. For  those who came in late for their classes, Kota is known as the city of coaching institutes. Students of  both sexes,  and maybe some  of  the third sex too, descend  in  lakhs every year with one dream: to become engineers.

One thought  the quota on Kota’s  students’  heartbreaking  concentration on achieving their tough gaol was  completed with  Netflix’s  Kota Factory. Amazon’s new series Crash Course   spreading into a sprawling  storytelling  of  ten episodes with characters swarming but  never crowding the  canvas , succeeds in giving an engrossing  intermittently  likeable  spin  to the  drama that  unfolds in the dormitories  of Kota’s educational centres as well as the politics of one-upmanship among the main coaching institutes, each with its own agenda on how to  remain at  the top.

It’s  a deftly written  show. Vijay Maurya directs  every episode with room for the actros to grow. But I wish the series was shorter.The playground of unlimited expression that OTT provides is  not  always a  good thing  and  certainly not  conducive  to a tightly structured  narrative.

I  was  invested till the end because  of the characterization and  performances. While  among the  senior actors  Annu Kapoor as  a  ruthless educationist who  wants Kota to be renamed after him, is  a sly synthesis  of  selfinterest and …well, more selfinterest. Bidita Bag as a  food caterer who serves  the students  in unexpected ways is another show-runner.She deserves  a lot more.

The  young actors  especially  Hridhu Aroon(Sathya), Hetal Gada(Tejal)  and  Riddhi Kumar(Shanaya)  seem to understand  the  camera  a lot better than their counterparts in cinema.

In spite of those inevitable  comparisons   with  Kota Factory, Crash Course  should be given a  fair viewing. It has a life of its own.  3 Idiots , Kai Po Che  and Rang De Basanti are  all about campus politics and  yet distinctive in their cinematic voices. Like  Kota Factory  which was curiously shot in black-and-white,  Crash Course too is  set in Kota. But then so was  the Rani Mukerjee serial  killer thriller Mardaani 2.