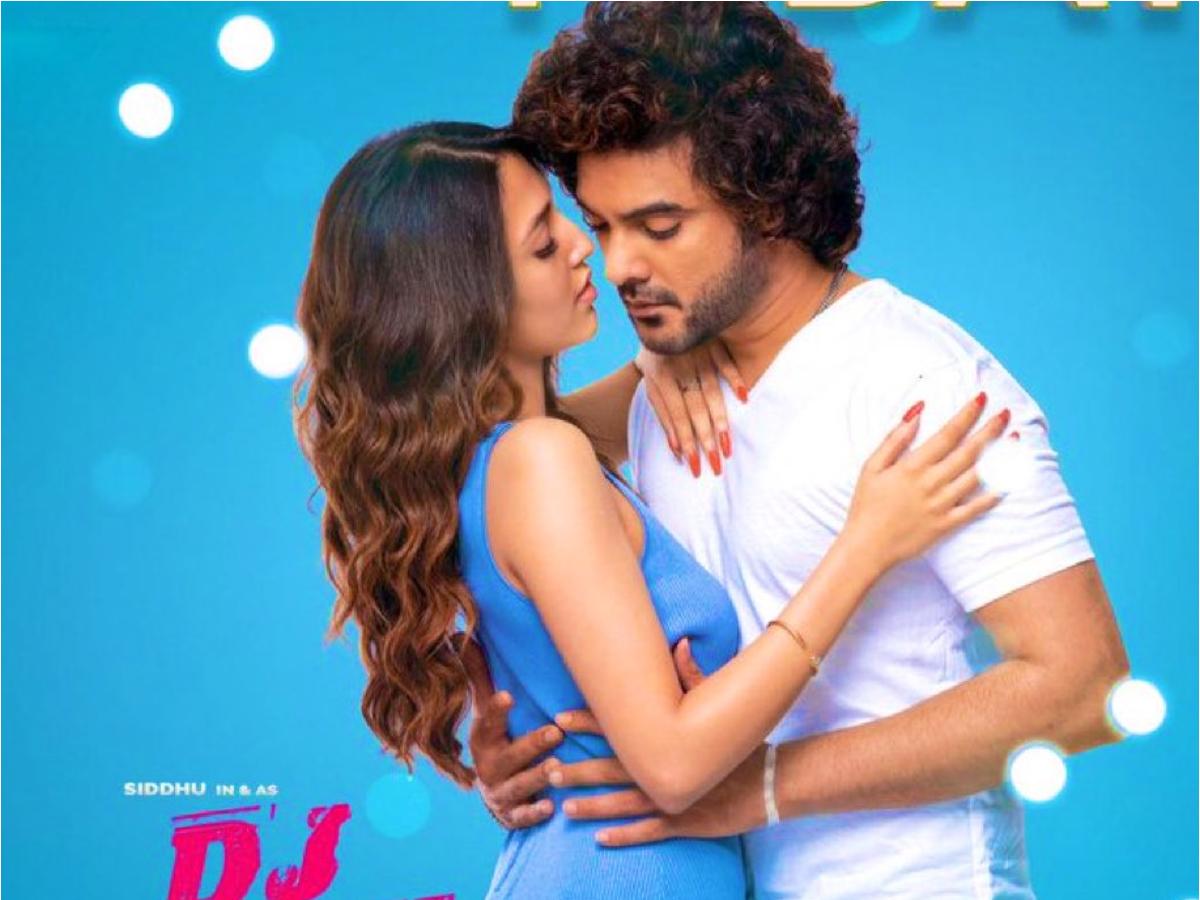 Director
Vimal Krishna
Writers
Kittu Vissapragada,Sidhu Jonnalagadda,Kasarla Shyam
Cast
Sidhu Jonnalagadda,Neha Shetty,Prince Cecil
Plot
When a local DJ and his affair with a young woman put him square in the middle of a crime, he must do his best to get out of the predicament he’s in.

D J Tillu Review: This is  probably the stupidest trying-to-act-smart  film of the decade.After a fairly successful innings  in theatres it is now streaming on Aha which is  sad. A comedy so   stilted and  desensitized it  will put you off  ‘young’ comedies  for at  least  the  next  ten years, D J Tillu  belongs in the trashcan .

The , ha ha,comedy centres on a hero who thinks he is  cool, funny and likeable but  is actually  curly haired   imbecilic and unpleasant . I am not too sure of  how  much blame  should be placed on  leading man  Siddhu Jonnalagadda’s shoulders  for  the mindless mess that masquerades as ‘young’ entertainment here.Siddhu has also co-written  the  plot. He thinks  he is  amusing. But the  eggheads behind this  brainless burlesque  should know  there is  difference between  young and retarded.

The  borderline retard-hero spends all his time annoying his father and  chasing  “hot” chicks(junior artistes)  in clubs bars and other dens  of  pleasure  until he  finally meets his match  in Radhika(played by the charmless Neha Shetty).  What follows is  the scriptrwriters’  outpouring of  dementia which they would   like us  to  think to  be an edgy comedy.

Little  do  they know.

In truth, the  only thing funny about our hero Tillu and his kooky adventures in blunderland is that  they put us firmly  at repose in slumberland. Dull and disorienting  DJ Tillu seems like  a nerve-numbing joyride after smoking pot. The actors are all in the  mood for  jocular  jabs at  a satire that  simply tires the  hell out of us , as  everyone goes from one level of  witless hijinks  to   another.

‘Tillu’  Siddhu Jonnalagadda tries so hard to be funny  and cool it  is heartbreaking to inform him that he is an absolute  non-happening  protagonist  who comes across with as much charm as a singer  who has forgotten the lyrics and is just mouthing gibberish to keep the tune going.

On the plus side…okay, I am just trying to find one  kind  thing to say  about this  humour-less comedy… the pacing is  so breakbeck that it doesn’t really  give you any respite to  get angry at  the suffering being inflicted on our  frayed  nerves.

Jonnalagadda as  Tilu is  monstrously awful.His screen presence is shallow shadowy  and showy and his comic timing sucks. The less said about the  supporting cast  the better. Suffice it to say that these actors must have  decided to  stay home with their families  on premiere  night to watch Pushpa  on  the streaming platform.

Fardeen Khan, Poised For A Comeback

The Telephone Sequence In Gangubai Kathiawadi Was Improvised, Inspired by Shabana