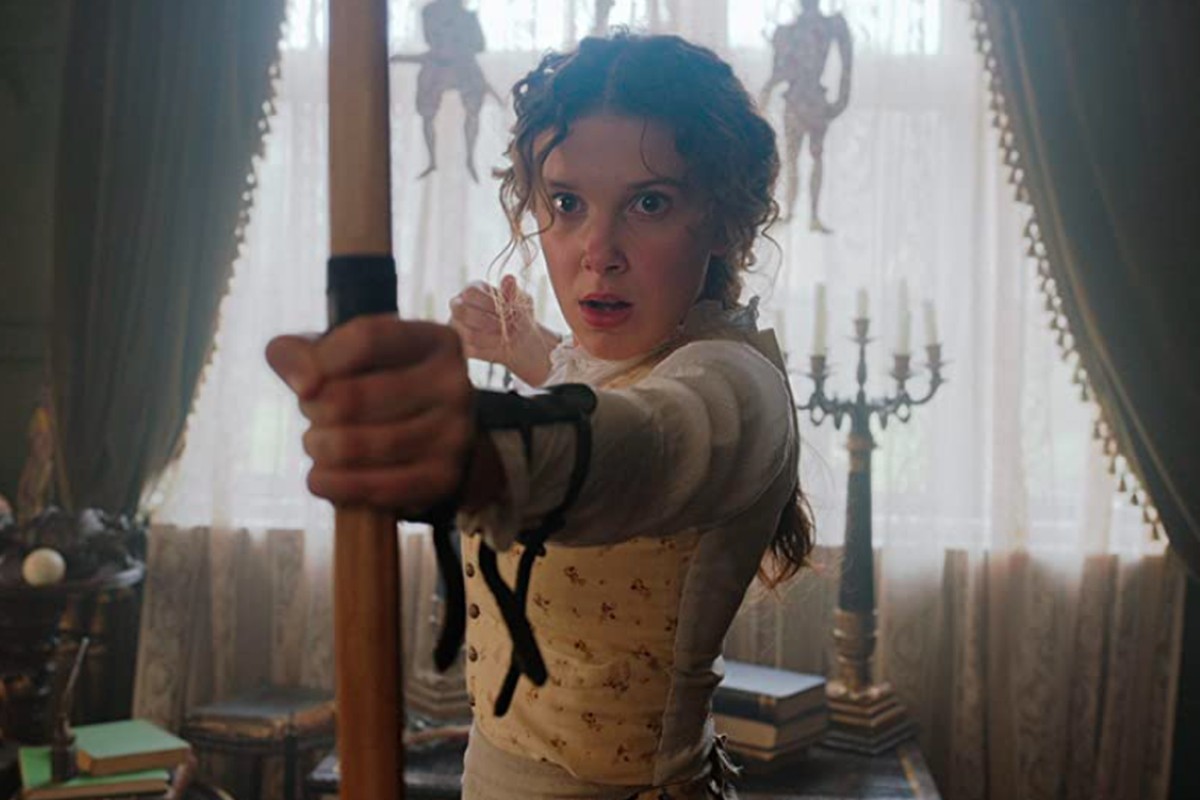 Did  you know Sherlock Holmes—yes, the one who solves complex mysteries and shares a queer relationship with his  assistant-friend Watson—had a baby sister?

She can’t. But she can do  Jujitsu and beat her  big brothers at chess. Mom , played by  the sassy  Helena Bonham-Carter,  has taught  Enola  to be free-spirited and that’s  a  bit of problem for her two middleaged  brothers  Mycroft(Sam Claflin) and Sherlock(Henry Cavill)who just want  to  send  off their baby sister to  a finishing  school to learn the etiquette  of  worthy womanhood.

Much  of Enola Holmes unfolds in a familiar and predictable  trajectory flitting from one flirtatious adventure to another on  the magic carpet  of fairytale  emotions. The pace  is  swift and  smooth, as  Enola flees  from her brothers’  tyranny to  explore the  big bad world  of friendship and franchise and  quickly befriends a callow royalty Tewkesbury(Louis Partridge) who has some  serious grandma issues which we shall  not discuss.

Suffice it to say that  Enola Holmes  never forgets  or forfeits  its artless  sense of fun and adventure. The  wispy  wondrous world  of Enola Holmes is  populated by a fairytale  fervor that pulls  the plot along from one fascinating  adventure to another.  Throughout, the  director never lets go   of  the  plot’s  great pride in adventurism .

The  film is unabashedly  festive,  almost fetishizing  the spirit  of  fun, so that the world  created  in the  film seems  insulated from  reality.I think this captivating  effervescence  plus the   winking  ode to feminism  make this a hugely enjoyable  ride.

The  performances are suited   to  the  skittish  spirit.   While Sam Claflin(gruff) and  Henry Caville(friendly)   are handsomely  dependable as Enola’s two  brothers , Millie Bobby  Brown , though  undeniably likeable as  Enola,  looks like she has eaten  up all her candies all  at once in  the more  dramatic scenes.

Inexperience is not only permissible  but even welcome in  the  unpretentiously naïve  world  of Enola  Holmes. Embrace  the   opposite  of artifice  and reject  subterfuge  in this  irresistibly  charming film.