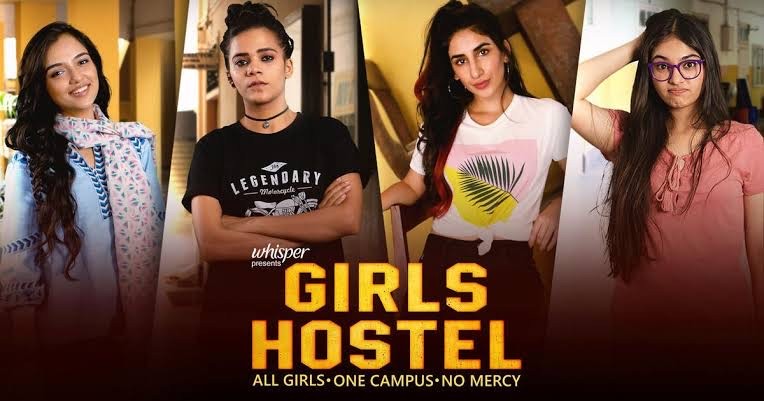 There is  something valuable, something worthwhile waiting to come out  of this  series. That core of worthiness doesn’t quite  get squeezed out of the  ongoing shenanigans  of the girls living together  in a dental hostel which by the way looks like  low-cost real hostel with real problems.

The  series  has  teeth ,but not enough bite.  But it’s fun while it lasts. The girls are all believably  quirky and  annoying… These are  students who are at  THAT  age when  they think they own the world.They all get  to be  individuals  not prototypes, and that’s  this series’ big strength.

The other USP is the sharp writing and the cutting dialogues which can get quite overpowering at times . Every line is  a retort. Every character sounds like she has just binge-watched the  entire  Friends series. Admittedly  the dialogues are sharp and funny at times. For example early in the  series a girl while describing how long the queues are for  bathroom in the morning quips, “You can watch a whole Ashutosh Gowariker film while you wait.”

The crux, if you  must have one,  is  a students elections where the sophisticated Zahira Ali(ParulGulati who sounds like Richa Sharma) fields the nepotist brat , Lily Singh lookalike called Ramya. Of course we  know Zahira will win. But while she gets there  Richa Kamat(Ahsaas Channa) falls in love with  the  student  nextdoor, next hostel I mean. He  is the only  male character  in this Chichhore  with  hardly any  chorey(boys).

Serious issues such as  roadside  Romeo-giri and periods(not the ones that students  attend, because we never see  these girls in a classroom) are  brought up. And the dynamics between  Zahira  and the campus rebel Jo(Shristi Shrivastava, interestingly unconventional)  suggest more than meets the eye.

Like I said,  watching  Girls Hostel 2  I got the feeling that there is  more happening here than  what we see. It may  not  be the brightest of  hostel  sagas. But it has a nip it its air which can be quite  likable.