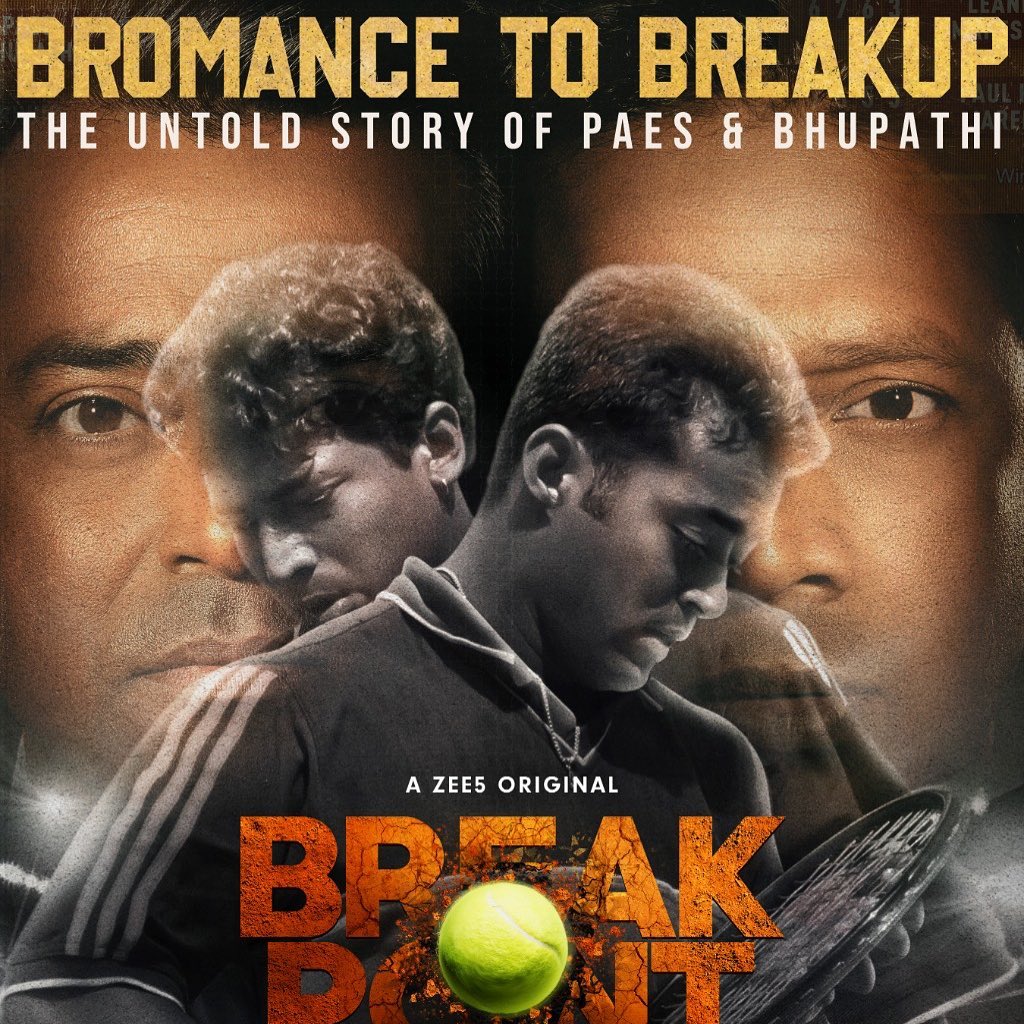 It is only in the fitness of things that a series, and specially one so gracefully edited and packaged, about tennis’ most famous duo should be directed by the husband and wife duo of Nitesh and Ashwiny Tiwari.

Individually they have their own style of filmmaking, completely distinct from one another. It seems the love of tennis binds the husband and wife together. Just this once.

Telling the story of how Leander Paes and Mahesh Bhupati (Paes’ name comes first as he‘s senior, I hope Bhupati agrees) became world champions and then fell apart, couldn’t be an easy thing to do. As far as I see, the Tiwaris were saddled with a double responsibility (this series, as we all know by know, is about mixed troubles). Not only did they have to be honest to their subjects, they also had to make sure that the series was accessible to those sections of  the audience out there who were not tennis aficionados.

I am afraid the series, offers little for those not interested in tennis. Interspersed with their legendary matches, the sleek series offers the two heroes of the drama a chance to speak their hearts out in the 7 episodes.

But do Paes and Bhupati really tell us anything that we don’t already know, or what they don’t want us to know? We do know that they continued to play together long after their personal friendship had busted at the seams. In Episode 4 Leander Paes mentions, “The minute we walked into the tennis court we were one.” And that’s they won.

That’s an interesting thought. And one that should have been explored. How do phenomenally successful partnerships work professionally when they are no longer compatible on a personal level? The spectacular Swedish music band ABBA didn’t work together for 40 years after they drifted apart personally.

How did Paes and Bhupati continue to burn the field after burning bridges? Bhupati is actually asked that by the off-camera interviewer. He has no answers. As we know by now, Bhupati is not a talker. Paes is. He speaks with a certain connectible charm in the series, lacing his English-language comments and thoughts on the  celebrated partnership with Hindi slangs and words.

Bhupati on the other hand withholds information, speaking out only to touch the outer rim of the sensitive relationship with his friend. I also noticed that Paes shows his hurt at their split more than Bhupati.

The voices of their family and friends also resonate through the lengthy docu-series. It is a revealing excursion. But not conclusive in any way. After watching (and listening) to Paes and Bhupati for more than four hours, I felt they should have spoken together, and not separately. Who knows, this talkathon could have brought them  together again like ABBA who are reunited after 40 years of separation.