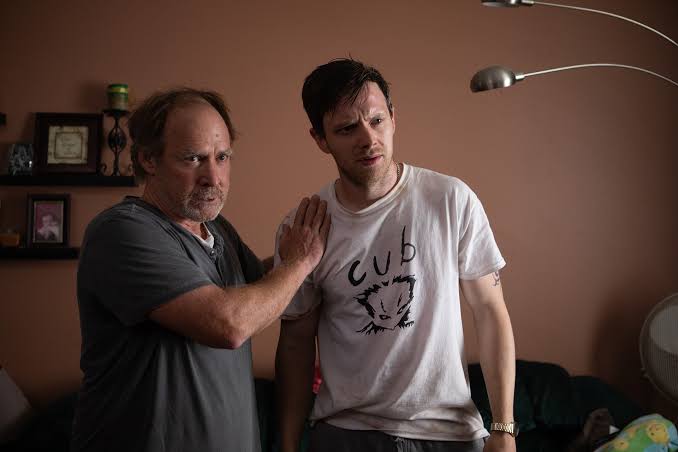 Hammer  is  one of those bogus thrillers that  draws inspiration from  Guy Ritchie’s  savagely satirical and brutal heist  films. It looks as sham as  those  pitiable  Shatrughan Sinha  and Shah Rukh Khan clones who amuse passerby with nothing  better  to do.

I doubt  the Canadian director Christian Sparks thinks of his cinema   the way I  have described it above. For all  he knows Sparks is a genius whose vision is beyond  the  understanding of  ignoramuses like  us.

I am willing to accept my inability to connect with the film’s  characters and main drama. They seem to  be playing a  game of cat and mouse with a kind of selfconscious  fanfaronade that  players assume in ads selling high-end autombobiles.  Not a  single  authentic note is  struck as  Will Patton and Mark O’Brian  playing  father and son  try to dodge   bullets  and  dangers in a  sleepy town that has seen better days.

It all begins with a bag crammed  with money and  heist  gone horribly wrong.The two main actors don’t seem to mind the offkey narrative tone. The direction is at least two sizes too  small for its ambitious  story of   money and  betrayal. The kinetic visuals are meant to  draw us into a world  of  glum violence. But nothing works. As father Will Patton tries to decode his son’s criminal mind  mom  keeps  asking, ‘What is  going on?!”

Also Read:  Prabhas In A double Role In Salaar

Don’t subject yourself to this kind of on-the-edge torture during these hard times. Watch  old episodes of  Friends instead. They have a much deeper understanding of  human relationships than this shallow action drama  where the characters  do what they  do only because the camera is  recording their  inchoate activities.

Related Topics:HammerMovie review
Up Next