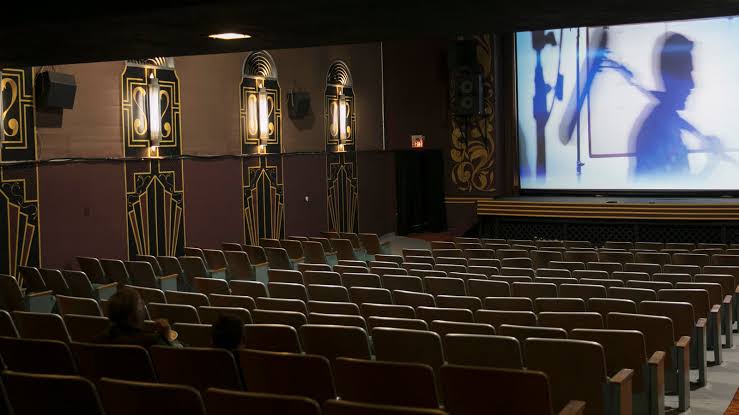 Milap Zaveri(writer, director):  “Movie theatres  must open because the losses the industry is suffering are terrible. Exhibitors, distributors, cinema owners, lakhs of employees, producers etc. are suffering near-bankruptcy. Also if restaurants, flights, gyms, metro, hotels, religious places etc can re-open in India why not cinemas? One can easily follow safety measures in a cinema especially while facing one direction looking at the screen. Moreover audiences are starved for the big screen experience. They will rush back to see films , as Tenet has proven overseas. I myself want to see films in a cinema again. It’s high-time they re-open cinemas, or a lot of them won’t recover from this closure.I can’t wait to watch a film on the big screen again. And I have full faith when a mass entertainer like Sooryavanshi releases audiences will flock to cinemas

Suneel Darshan(filmmaker):  “Movie theatres are essentially for the recreational facilities and relaxation that it provides to the Nation’s multitudes… also, don’t forget that while Tv/Satellite/Digital platforms provide content-viewing, it’s the unique ‘Cinema-experience’ that is enjoyed in the theatres.They’ll hopefully open shortly in India too and the huge audience turnout for Christopher Nolan’s TENET in several countries where it opened last week indicates that the viewers are eagerly awaiting the re-opening of the  movie theatres.”

Roshan Singh(film exhibitor, Patna  Bihar): “Our family has been in  the  film exhibition business for three generations.My grandfather would see every film on Friday evening  with the audience in our  theatre Ashok in Patna   until he passed away at 90. My uncle who is in his  70s   treated our theatre  in Patna  like his own temple. I grew  up in the  theatre. Life without movies  on the big screen  for me is no life at all. I  hate watching  films on the  OTT and phone. I  avoid  it as  much as possible, although  my 4-year  old son sometimes forces me to watch some films on the  home screen. Cinema for me is a large-screen experience.  I can’t wait for  movie theatres to open.”

Girish Johar(trade  analyst):  “The pandemic has given a humongous blow to the film industry and especially the exhibition sector has been hit very hard. Huge losses of not only box office revenues but also of jobs and livelihood have been affected. As per estimates we have already lost around 12-15% running screens and they may never be up again. This is a sad scenario , as  any which ways we are a very under-screened country as per world standards. So this adds to our woes.  The cinemas across the country employs almost 20 million people  across roles, be it directly or indirectly. This machinery is stuck. We need to ensure that the Indian  government  gives the approval for movie theaters  to re-open so that these employees, dependent on cinema industry, do get a chance to earn their livings at least. Further, allied activities like mall and food businesses also do get a jump. At least, the GST is also collected which will help the Government  with revenues. Finally, films at cinemas are the entertainment lifeline of our nation, keeping the safety protocols in minds, we need to remove the clog from the wheel and try to start doing business. Further, even Globally cinemas have opened  with releases like Unhinged and Tenet doing comfortably well at the box office, it is pretty clear that the movie buffs want to come back to theatres to enjoy their big screen experience.”

Atul Mohan(trade  analyst): “Why not when other business activities are getting permissions to open up?The  losses that  the  movie-theatre business suffers  for each additional  day that we remain  closed is  beyond  any calculation.”

Shibasish Sarkar, CEO of Reliance Entertainment: “Over a period of last few months I have been vociferous along with many for cinemas to open. Now August  unlock is gone. There is disappointment ….But we need to live to fight for another day…so hoping for some positive  clarity by this month-end.”