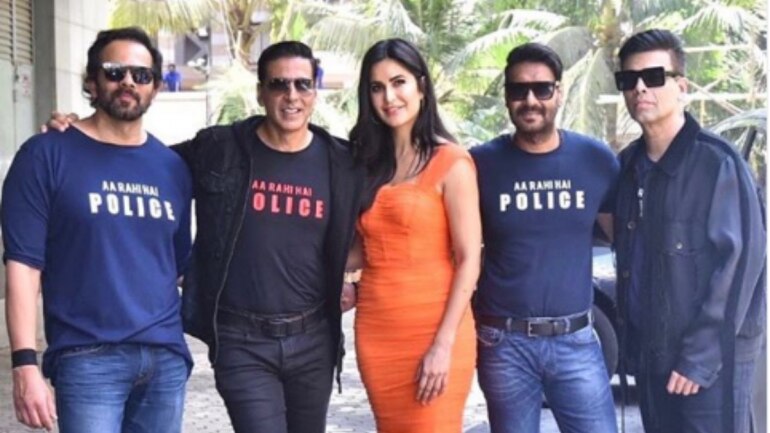 The  joke is  on Rohit Shetty. His casual comment that  no one will notice Katrina in the same frame as Akshay Kumar, Ajay Devgan  and Ranveer Singh  in Sooryavanshi  has taken its ‘troll’ on his  image.

What Rohit thought was a flippant funny throwaway  comment has  blown up into some  serious  trolling for  the  director who  doesn’t know what hit him.

“He,poor guy, was  probably pulling his  buddy Katrina’s leg by saying this. But  it has cost him some serious trolling. In the entertainment industry sexist comments  are so normalized  that a powerful filmmaker  like Rohit Shetty fails to draw  the line between  casual facetiousness and serious sexism. He didn’t know when he crossed  the line.To say Katrina won’t be  noticed  in the same frame as three male  superstars  speaks of a deep flaw in our society where a woman  is ‘noticed’ only when men are not around. It’s like the  old tradition of women in the family eating only after the men had  their fill,” says  a very successful  director.

The trolling against Rohit Shetty  got so  vehement that Katrina  had to step in to remind her fans  that Rohit Shetty was  only joking.

This is the  other problem  in the film industry. Women are afraid to take  a stand in case they lose important work.

If  in place  of  Rohit Shetty if a less powerful  filmmaker  had  made  the remark would Katrina have  allowed  him to get away with it?