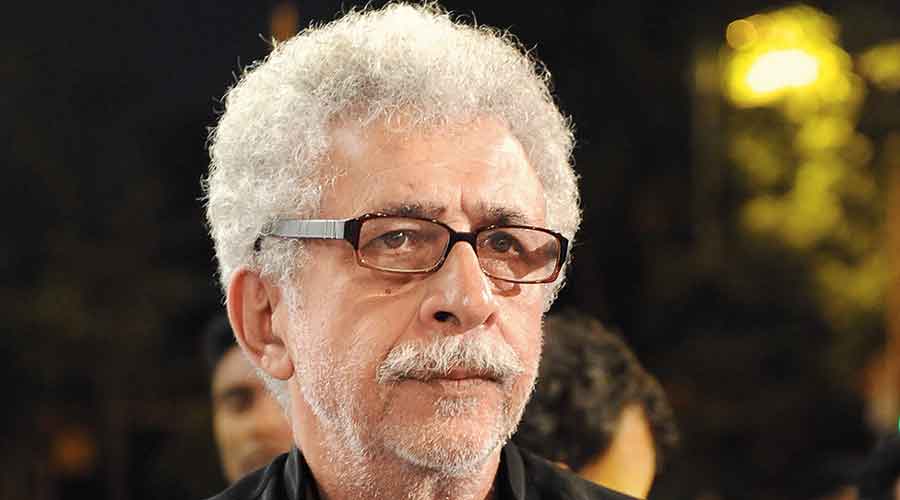 Who on  earth but Vishal Bharadwaj  would think of casting Naseer as  a turbanator?

Says Naseer, “I haven’t yet seen the film. But I have a weak spot for the Sardar community and I  always wanted to play one. I had a fun time playing Pappi  because I also love the Punjabi accent.”

Naseer has worked earlier with  Vishal Bhardwaj in Maqbool and  Saat Khoon Maaf. He finds the  filmmaker  has  evolved over the years in Bombay Dragon. “Vishal is certainly more assured in handling actors than he was before. I enjoy his company, he’s a straightforward person and I’m deeply grateful for all the help Vishal Bharadwaj  and his wife (singer) Rekha have given me in staging my plays. I’d do anything for him ,though I must admit I haven’t liked all his films.”

Mumbai Dragon makes a very strong statement on the  segregation of the North-East.  Naseer who has always been  vocal on  the subject  of cultural  persecution says, “We seem to be living in times where we love inventing new enemies. Sadly this is the age of hate.”

Interestingly  Naseer’s talented elder son Imaad Shah also has  a cameo in  Mumbai Dragon, though sadly father and son do not have any shared moments on screen.

Imaad deserves  a lot more than he has got so  far.

Says  Naseer, “Imaad is perfectly happy doing his music and the occasional role he’s offered. Everyone gets their due if they persevere long enough.”