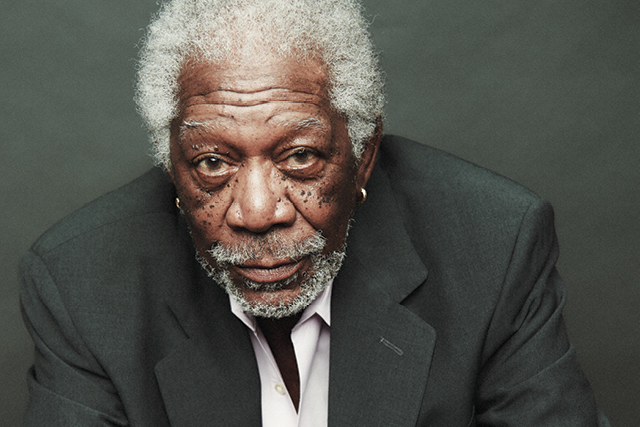 In  one  of  the  most irresponsible  and immoral instances  of marketing gimmicry in recent times, a hospital  in Kerala used the legendary Driving Miss Daisy actor Morgan Freeman’s face to advertise its dermatologic  wonders.

The  hospital named  Vadakara Cooperative  in the Kozhikode district of Kerala  has since then apologized  to Morgan and  removed the poster.

But the damage is  done. This is  not the  first time that Morgan Freeman’s picture has been wrongly used  in India. On Nelson Mendela’s death, Morgan’s face had been wrongly put on  banners in Coimbatore  in  honour  of  Mandela.

As far as   using cinematic celebrity’s names  unlawfully is concerned, India   leads   the race. India’s most iconic star  Amitabh Bachchan  once told me  of this incident where a  man claiming to be  a huge fan came up to him at  an event and asked for a picture together.  After  Mr Bachchan  obliged he was  informed that the picture made it on the front cover of thousands  of exercise  books.It took  months of legal action to  get the picture removed.

“It’s  a menace we have to face,” says Mr Bachchan. “As a  public figure we cannot shy away  from social  interaction where  people want to shake  your hand , take pictures with  you. Once they have the pictures we have no control over how  they are used.”

Another iconic star  Hema Malini  confesses she has been a victim of such illegal photo-hijacking  numerous times. “Many times when I am travelling to the interiors I see my faces  on hoardings on the roads selling products  I’ve never heard of. It is wrong. But how do I stop it? The amount of  legal procedure  involved(in stopping illegal use  of  photographs)  is  very  exhausting. I’d rather use that time to do something valuable for my constituency.”

The  superstar of  the 1960s Asha Parekh  says  the menace  was easier to control in her days. Main toh photo  deti hi nahin (I didn’t allow photographs). Fans were happy with autographs. Nowadays  everyone has a  camera in the phone and before you can say yes  or no  they  have their  pictures.”