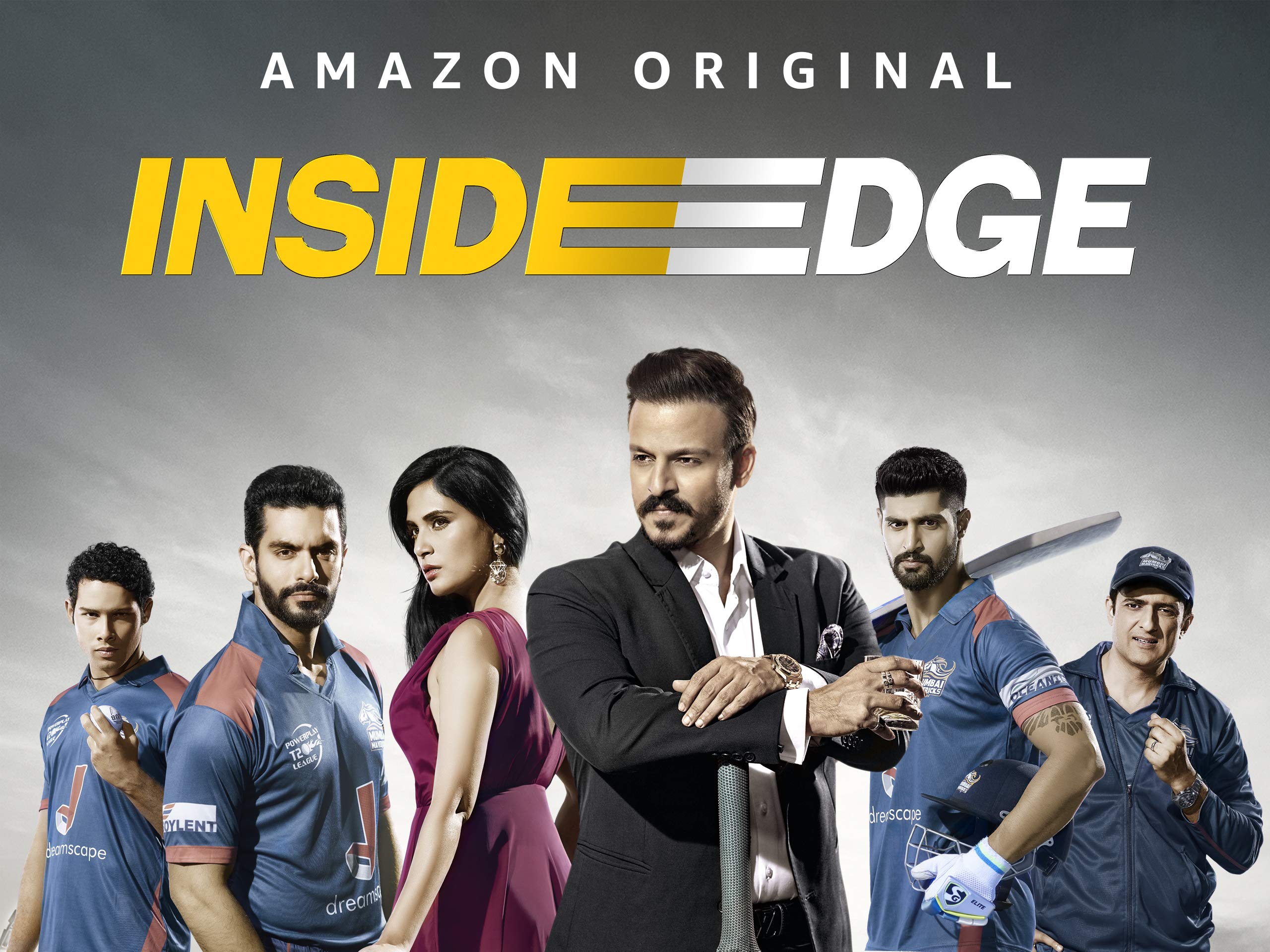 For fans   of   the cricketing franchise that kicked off in 2017,  Inside Edge is  still likely to hold some interest, no ifs and ‘bats’  about it.

Batting and betting remain  the  series’  patent preoccupations. The  characters, all  155   of them(no  I wasn’t counting, just guessing)  remain locked in a self-serving  vault where they can only see the world asa place to  mint money, and more money. Sporting ethics  be damned.

The ten episodes  of Season 3  have their high points. But the  low points sadly exceed the  high. There are many loose ends in the plot: for example ,why is  Richa  Chadha(who gets top billing) missing  in the  first 5 episodes? Even after she makes  a  belated entry  her  character Zarina Mehta seems  uncertain about her  presence and her  future.Flashbacks of her  mother’s  humiliation as a  junior artiste  are too perfunctory  to project  an even remotely rounded  portrait  . The same is true  of   the other principal characters. They all seem to have a back story which  doesn’t quite  justify let alone  rationalize their  slithering moves  as over-ambitious go-getters.

The  age-old rivalry between  the  stepbrothers played by Amir Bashir and  Vivek Oberoi(both in  brilliant  form)  is given some  sort of a centrality in the plot. Nonetheless the  storytelling this time is  fatally  unanchored  .

Too many characters  here are  either not sure  of  their actions or just too sketchily drawn to be convincing in their  manipulative moves. Either way, the  storytelling suffers grievously  for the want  of  credible characters and finally falls fatally to the floor writhing on  the ground  helplessly .

Not  all of  it is in vain.  Some characters in spite of a hazy lazy writing, succeed  in  leaving a positive  impact largely because  of  good  performances.Amit Sial as a  bluntspeaking  off-spinner  is  a showstopper.  Siddhant Gupta’s Imaad, a privileged Kashmiri batsman who is brought into the Indian cricket team from the backdoor, has three levels of discrimination(as a Muslim,Kashmiri and a figure of  favouritism) to grapple with.

Imaad’s struggle  appears real.As does Akshay Oberoi’s closeted gay captain  of  the  team  suffering the tireless taunts of his uncloseted partner(Ankur Rathee). And  yes, Sayani  Gupta is excellent as  a daughter trying to live down down a cricketing scandal that killed her father.Tanuj Virwani as her brother is just not  given any  significant footage to chew on.

The  plot sprawls  indolently  over ten  inconsistent episodes.Some of this is  really good stuff with dialogues that are barbed and inconsistent. But  on the other hand, much of this feels like a spillover  of  the earlier seasons. The characters  don’t grow. They groan dangerously close to the edge  of  irrelevance.