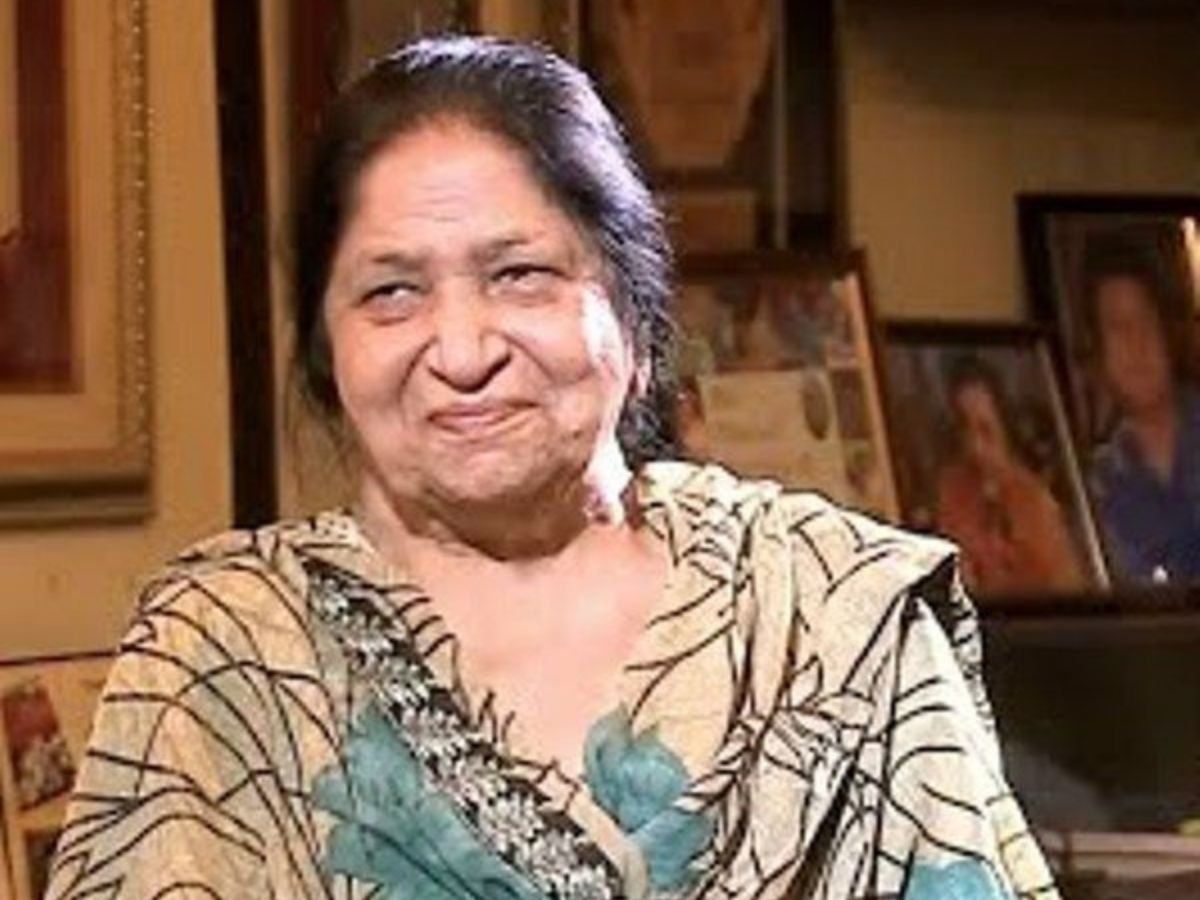 It was only  a  matter of time before Jagjit Kaur joined her  life partner in Heaven.

Close friends  of the couple are surprised that  Jagjit  Kaur, wife and  soul-mate to  the  incredibly  gifted composer Khayyam ,lived for two years after her husband went  away. Mrs Khayyam  would be remembered   by some  imperishable melodies that she  sang  under  her husband’s  stewardship whenever Lata Mangeshkar and Asha Bhosle were not needed.

1.     Chanda  gaye ragini:  Dil-e-Nadaan: This  1953 musical featuring  singer Talat Mahmood in the  lead, was a  rare  occasion when Jagjit Kaur sang for a composer other than her husband . This time the maestro doing the tunes was Ghulam(Pakeezah) Mohammad. Jagjit  Kaur had two solos  to sing. I choose the sprightly Chanda  gaye ragini over the sombre  Khamosh zindagi ko afsana  mila gaya.

2.     Tum apna ranj-o-gham apni pareshani  mujhe de do(Shagun):  Though not sung by any of  the popular voices   of the  time this ethereal love song from  the 1964  film is among the evergreen melodies  of  Hindi cinema. The  story goes that Khayyam couldn’t afford Lataji for  the song. So he  asked his wife to do  the needful. The result was staggering. Lataji  herself  declared no one  could have sung  the number  any  better.

3.     Dekh  lo  aaj humko  jee bhar ke: Bazaar(1982): While Lataji sang the  magnificent   Ghazal  Dikhayee diye yun  in Bazaar this other plaintive  Ghazal  about  a woman about to  die is  among the most  poignant heartbreaking  compositions of  Hindi cinema. Says Lataji, “Jagjitji was a  beautiful singer. Her voice had an unrehearsed  spontaneity. The emotions in Dekh lo aaj humko and Tum apna ranj-o-gham  are  real and raw. Kuch gaane Khayyam saab ke aise tthe jo sirf  unki  patni  gaa sakti tthi(some  Khayam compositions were such that  only his wife  could sing them). For example Sadaa chidiya de champa ve in Kabhi Kabhie.”

5.     Kahe ko byahe bides arrey rakhiyo baabulmohe(Umrao Jaan):  Sure, it was Asha Bhosle  for Rekha all the way.But when  it came to this bidaai song played at  the  beginning of the  film  filmmaker Muzaffar Ali insisted  on  Jagjitji.Muzaffar explained, “The song required a particular voice quality, a specific raw rustic tone. She(Jagjit Kaur) was perfect  for it.”