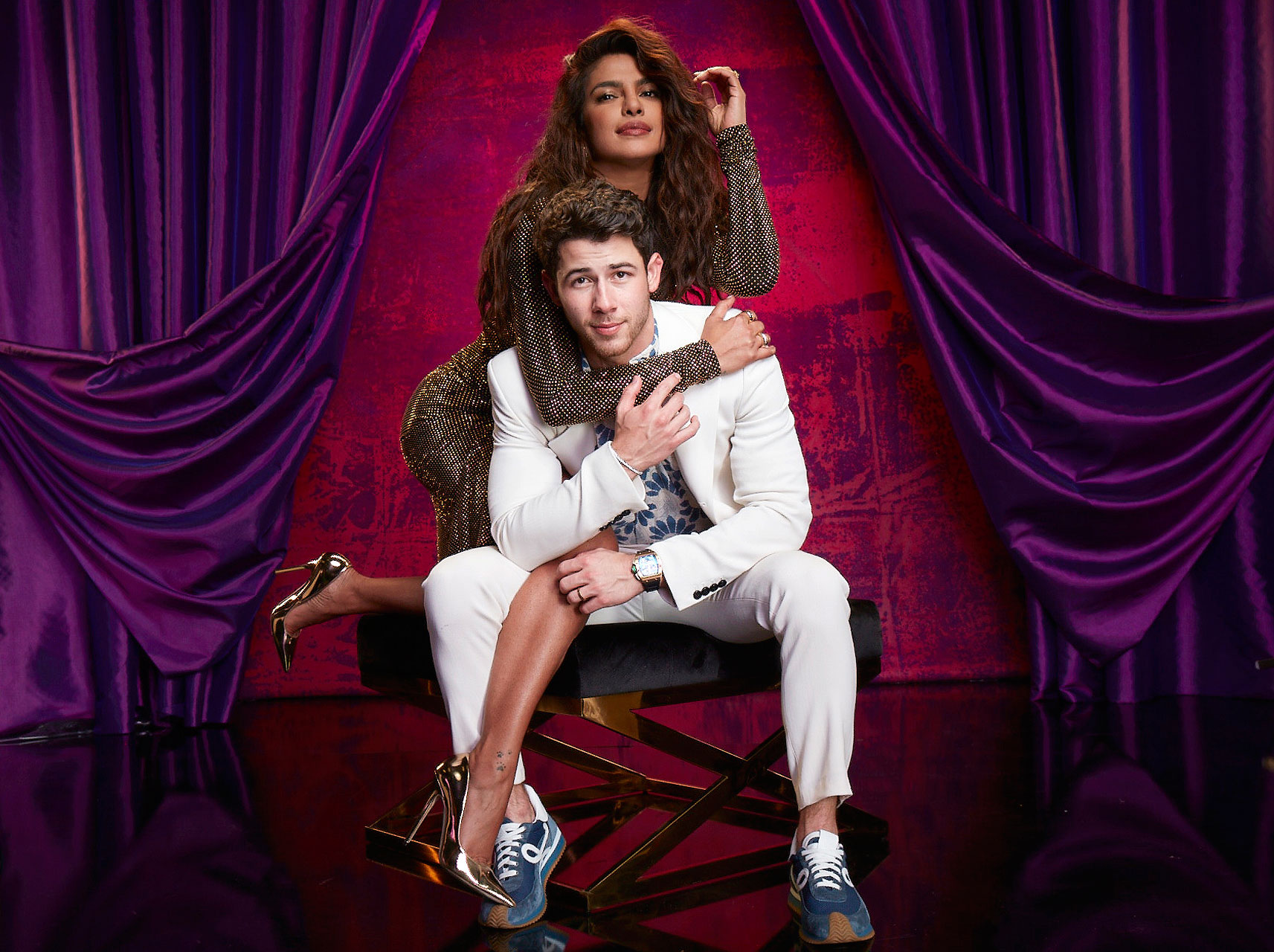 For reasons too obvious to  state, Priyanka Chopra  Jonas(now  simply Priyanka)  got the maximum  media  coverage in India for the  Jonas family’s  Roast.

Priyanka, with a thick American accent , did a good job of jabbing the Jonas brothers,  specially  her husband  Nick, whom she called “Kevin  Jonas’ Baby brother.”  She also went  on  to comment on  why  they are so compatible  as  a couple: they  both love the same  person Nick Jonas.

Ha ha. As for rumours of their rift(just because  Priyanka  dropped   Jonas  from her name) Priyanka clearly states  at the Roast she has no intentions of breaking the marriage  unless Chris Hemsworth shows up in her life.  “We’re both totally, completely, wholly obsessed with Nick Jonas. We love Nick Jonas, both of us. He’s our favourite. I wouldn’t want to marry anyone else unless Chris Hemsworth suddenly became single.”

She  topped  the Roast  with  a toast  to her own stardom.  “Have you noticed how much content the Jonas Brothers post online? They are forever on Instagram, always on the phone – it’s cute. I’ll tell you why – all of them combined have less followers than me. So I guess the most popular Jonas is – @Priyanka Chopra on Instagram.”

The downer was  the cheap shot about “expecting” …pause…to get drunk after the  roast.

A  toast to  our  Indian dost  Priyanka for a  rousing roast. However  the  best roaster of the evening was  British comedian Jack Whitehall. Calling himself a ‘Jonaholic’  Whitehall went on to  call  Nick Jonas ‘The Meghan Markle of   pop’ for breaking up the  Jonas Brothers at one point of time.Whitehall also confessed that he was a celibate  in his early years just like the Jonas brothers(who were  under contract with Disney to avoid girls) because,  the minute  Whitehall told girls he liked the “mindnumbingly  bland”   music of Jonas Brothers, they ran away.

By the time  Whitehall announced he wanted to  give the Jonas Brother’s father’s testicles  a Grammy for  contribution to music, I was  roaring with  laughter.

More than anything else , The  Jonas Brothers Family Roast proves  we Indians can  never  do a ‘roast’ with celebrities. We   don’t have  the sense  of humour to handle it. In  2015  the All India  Bakchod(vulgarity  most intended) hosted  an infamous Bollywood roast with Karan Johar,  Ranveer Singh, Arjun Kapoor,  critic  Rajeev Masand and others. They are still wrangling with various  court cases that were slapped on them.

AIB  had to eventually shut down. In contrast , the Jonases were roasted with such  raunchy relish!Even Kevin  Jonas’ wife Danielle took lurid  potshots at her husband , stating as she  did without fear  of a backlash, that the couple’s two daughters were  born  in the ‘traditional  way’ after  she slept with the milkman.

Before Roast host Kenan Thompson could  get over that one, Daniella congratulated her husband  for his massive….no,  not the ego. That  was demolished with devilish  delight  by all the roasters on the roster  that  rollicking raunchy evening when Priyanka(sans Chopra Jonas) let her hair down.