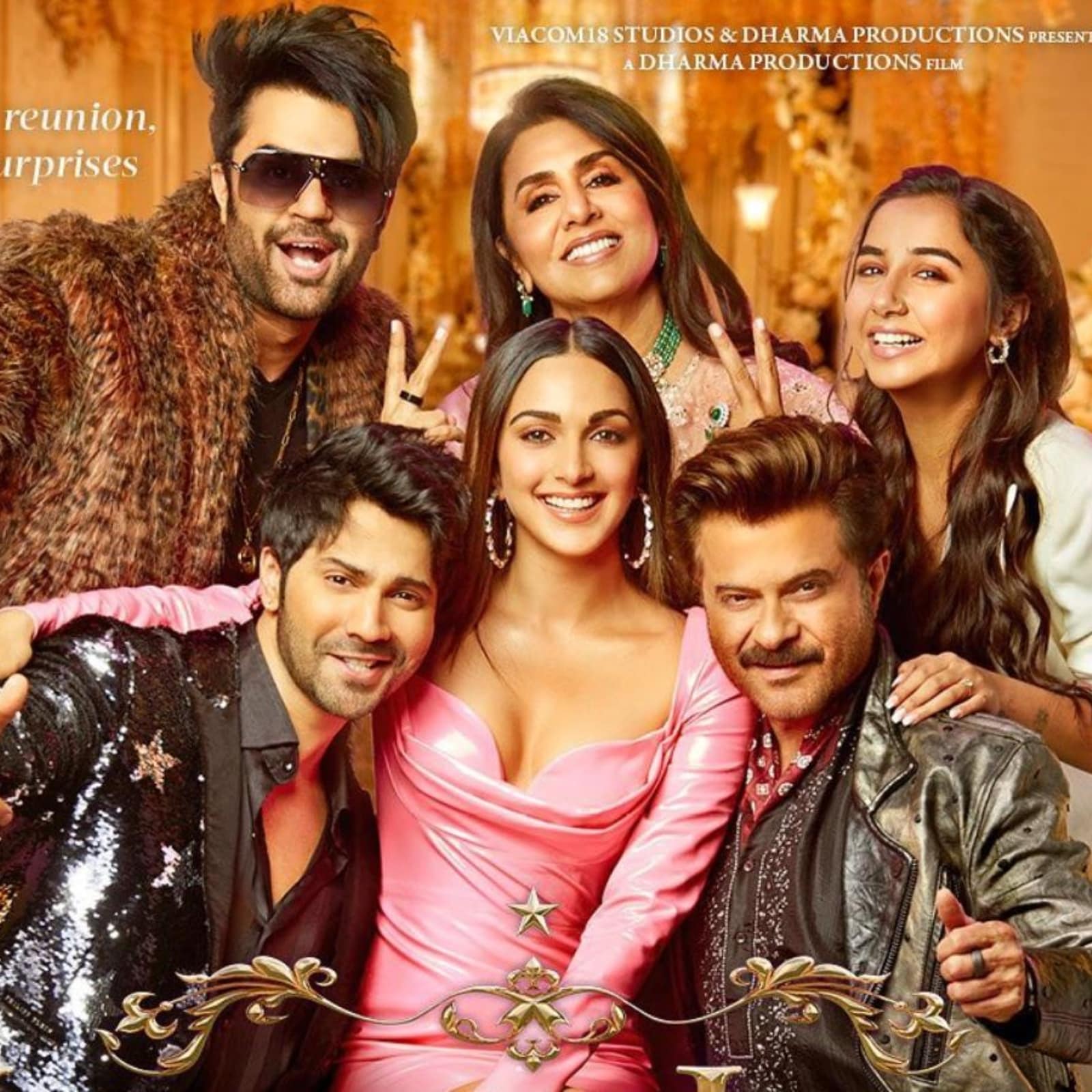 Wed and wild.  It’s the Saini side up. The Saini family’s  daughter Ginny(Prajakta  Kohli)  is  getting married. But her father and brother are  busy trying to sort out  their own bedroom tragedies.Papa Bheem Saini (Anil Kapoor)and beta  Kukoo(Varun Dhawan)  want to divorce their respective wives.

Which  seems   a pity considering how sorted and lovely the wives,  played by Neetu Kapoor  and  Kiara  Advani seem to be. But this is  not their story. This is  story of a father, the son and their unholy dost, played by  scenestealer Manish Paul. Every time Paul is  on the prowl he takes over the screen.

There is  an instantly  amusing slightly  risque sequence  where Varun Dhawan and Kiara Advani are  about to make love after  months of silent warring. Manish Paul jumps into their bedroom through the window , eyes Varun’s shorts lasciviously and makes a comment on his brother-in-law’s alert midriff.

It is  a sequence that could easily have fallen into the dirt trap. Director Raj Mehta and his team of writers(Rishabh Sharma, Anurag Singh,Sumit Batheja,Neeraj Udhawani)keep the  proceedings perky peppy  and squeaky-clean.While Anil Kapoor’s patriarchal character comes across as  boorish and loud, Varun Dhawan plays  it lowkey.He  uses his boyish personality to portray  Kukoo as a  child-man who has  never  learnt to take his responsibilities as  son and husband  seriously . Dhawan has the  most heavy-lifting to do in the cast and he  does it well.

The  narrative  starts  off on a  super-light note and then constructs its way  into a more serious tone without getting worked-up its lingerie into a  budge. Director Raj Mehta previous  film  Good Newzz  too made light  of  a serious  issue (IVF pregnancy) without trivializing the issue. In Jugjugg Jeeyo the narrative makes  some  smart moves on marital  issues without getting too deep into the complexities  of  the  matter.

The comedy of arrears  emerges as a fun-fuelled cheer-jerker.The  atmosphere  is festive , though not excessively so. Happily, there aren’t too many song breaks  in the festive mood with extra  dollops of masti. The  frames  look  posh, as  they always  do in a  Karan Johar  production.Cinematography Jay I Patel  shoots the family as if it never sleeps. Yet the frames are warm  and inviting.

One  of  the marriages survives the onslaught  of spousal selfishness and  temper tantrums , the other marriage we are  not too sure about…a sequel perhaps?