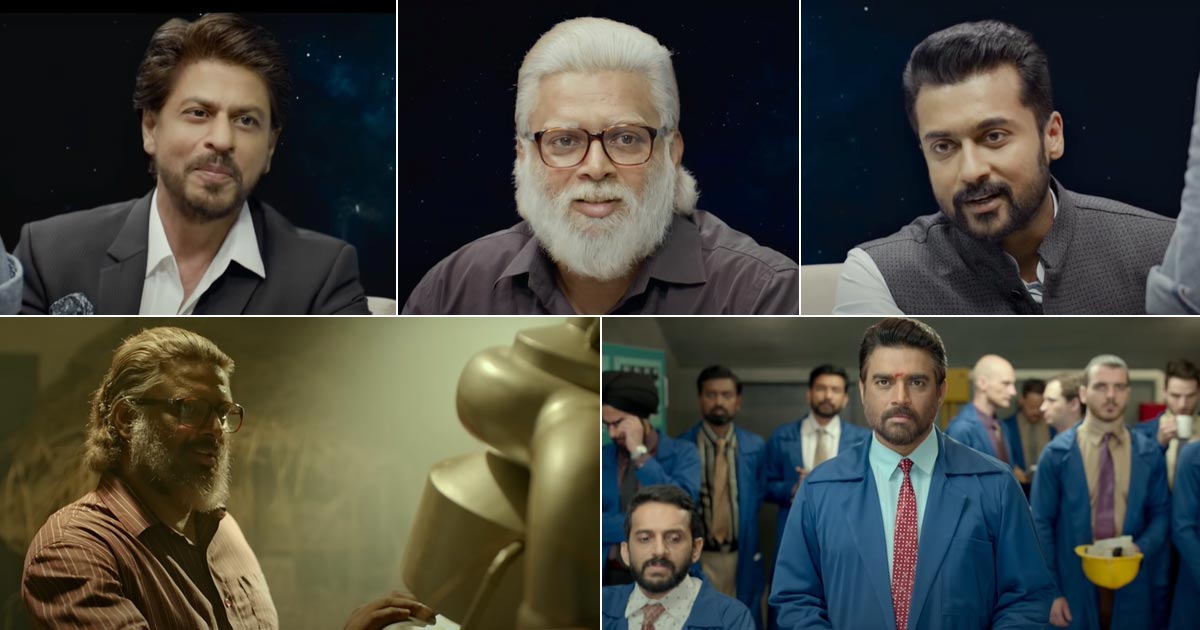 Once  in  a while  a  film comes along to  change  lives. Tamil-Hindi  star-actor  R Madhavan’s directorial debut is  no ordinary bio-pic. It takes  us  far away from the glorification  of gangsters and the hagiographic tone  of biopics on politicians, to give us a revelatory eye-opening story of a scientist who dedicated  his  life to enhancing India’s aerospace  programme,  only to  be  branded  a spy.

The  film’s dramatic core is  situated  in the post-midpoint segment  where we are  made conversant with  the stigmatization   of  Nambi Narayanan and his family. The  scientist’s interrogation by a handful of seemingly ordinary  investigators  will send  a chill up your smile. Every blow will make you flinch.

Writer-director Madhavan  divides Nambi Narayanan’s story into two halves. In the first-half we see the young scientist’s stint in Princeton and his audacious  plans to make India  a leader in  the filed  of  aerospace .

Then  it all falls  apart,as espionage charges are hurled at  the bewildered incomprehending  scientist.  As  writer,director and actor Madhavan is  in full control of the  sprawling life story. He  knows where to let go and  how to tighten the screws  in the storytelling. Having  a capable editor(Bijith Bala) on  board  helps  the  narrative  in staying on high-alert  constantly.

Although the plot is  perpetually pacy, there is  a sense of unhurried introspection at the heart .Bringing Shah Rukh Khan  in  the picture to interview  Nambi Narayanan is  a masterstroke. Khan  not  only anchors the show(pun intended) he  spontaneously  becomes  the  voice  of the nation’s conscience.In  an out-and-out Madhavan  show, Shah Rukh Khan makes his  presence felt very strong. This in my opinion is SRK’s best screen  appearance in  ages.

Also Read:  No OTT Release For Raksha Bandhan For Two Months After Release

Simran as Narayanan’s  wife is  heartrending in her inconsolable grief as she watches her straightforward  righteous  husband being abused and  assaulted, her family falls apart. Watch Simran when she asks the sympathetic  CBI officer(well played by a  comic actor in a serious stint Karthik  Kumar)  to leave her home.Or when  Narayan’s  offpsrings  tell him not  to die  on them before he  proves  his innocence.  “Because if you do, we will be tainted forever.”

The  supporting cast played largely by unknown actors,  lends an enhanced  credence  to  the film. My favourite supporting actor is  Sam Mohan as Unni. It is a strong role  of a man who stands by the wrongly accused scientist hero in spite of major personal differences.

When Unni tells Nambi Narayanan, “You have a lot of flaws  but you can never be  a traitor to the  country”  every member  of the  audience  become  Unni. Every  moment of Nambi Narayanan’s story will stay with you in the months  and years to come.Great wrong was done to  a great man. But at least one  good thing came out  of it.