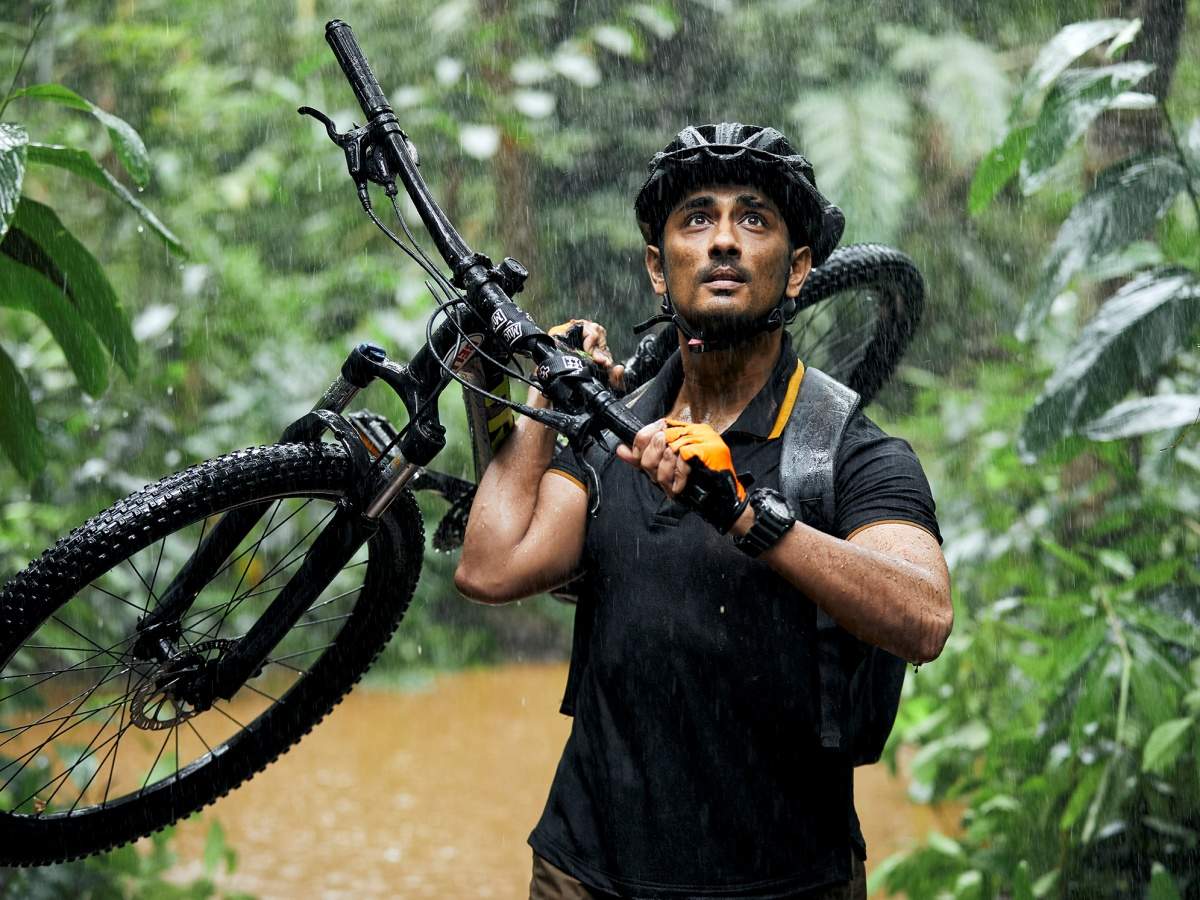 Tamil  star-actor Siddharth Suryanarayan  returned his best debutant  award  for Rang De Basanti  with a very nasty scowl. He felt  it  was  not fair. “You can’t call me a debutant just because I’m working in a different language. You can’t give Amitabh Bachchan the best debutant award if he does a film in Bhojpuri.”

Back then  Siddharth dreamt of becoming a pan-India actor.”I think we keep talking about cross-over cinema in the wrong context. What about our cinema crossing over from one language and region to another? There’re fabulous films being made in every part of the country.

Siddharth had  this very cute dream of being a pan-Indian actor. “Insha Allah, in 10 years I’ll have films in different languages and I’ll be appreciated across the country. We need to look at Indian cinema as one entity before we look at global acceptance.”

That, alas,  did not happen.

Asked why actors from the South have not been successful in Mumbai, Siddharth had said, “There’re two ways to answer that. The politically correct is most south Indian actors have a fan base in the south and don’t need to start from scratch in Hindi cinema.And if you want a cockier answer as to why south Indian actors are not successful in Hindi, at least some south actors succeeded in Hindi. No Hindi actor has succeeded in the south. We in south get paid as much money as the guys in Bollywood, if not more. If we guys haven’t made it here, you guys haven’t made it there.One more thing… I’ve the power to commission projects down south, not here.”

Asked about the numerous link-ups with actresses in Mumbai, Siddharth had said: “My mother says if rumours on my love life are to be believed, I’m the biggest Casanova ever. In 10 films I’ve been linked with 10 heroines. I’ve even been married to a couple of them and had babies.Either I am ‘aashiq mizaaz’ or not. I’d rather be because the image is quite helpful. I think I need to take time off to find romance in my life. Right now I see no chance to take time off.”

Apart from acting, Siddharth had taken to singing as well. He  sang  two songs in  his second Hindi film Striker. He has  sung many No.1 singles in his South films.

Siddharth was sure that  after   Rang De Basanti his career  in Hindi cinema  would take   off. He  bought a home in Bandra in Mumbai. He intended to shift base from Hyderabad to Mumbai for the one year to consolidate his position in Hindi cinema.

“I won’t have only one home. I’ve been living out of suitcases all my life. Now I’ll be living out of bigger suitcases called home. I’ll have different homes in different cities. But I’ll give my best shot to Hindi films.However, I can’t move to Mumbai permanently. I’m an actor. I cannot stay in one place. And why should I?” he told me.

But Bollywood didn’t happen to  Siddharth’s career. Maybe he was ahead  of his times. Today when Allu Arjun(Pushpa),  Yash(KGF) and  Prabhas(Baahubali) have  become pan-India stars, Siddharth  Suryanarayan  seems the perfect candidate  for  it.

Was it his arrogance that put Bollywood off?

Siddharth shrugged  off  the  allegation. “Either I’m called honest or arrogant. I’m okay with both images. My friends and family always clip my wings. People like Karan Johar rag me about being bratty and unapproachable. But I’m not unapproachable to those I want to be close to.”

Take him as he is. Or leave him alone. Siddharth is okay with both.

Why do we see so little of  you on screen? Is it because the  roles  offered  to you are not what you want?

Siddharth had  explained to me  in a past interview,  “It takes time to make films that satisfy me at the stage I’m in. I’d rather stay home or do something else than go to work on something I don’t enjoy. Not getting better work isn’t an excuse I can use any longer. I’ve worked on making things happen that wouldn’t have happened otherwise. I relish  being a producer. It’s an extension of my natural skill set. I love making films from scratch, with a specific vision and a motivated team. Being an actor in films I produce is much easier. The expectations from me as an actor are very specific and hence easier to handle. I’ve never put enough pressure on myself in Hindi cinema for it to be a disappointment. It’s a convenient situation where I get to come test a different audience with something interesting every few years. There is no expectation of my stardom in Hindi  cinema. That is a mix of my results there as an actor and the industry’s nature of being exclusive and not particularly welcoming as a permanent workplace.”

About  there  not being more  pan-India films from  the  South Siddharth  had  explained, “Cinema is not the problem. It’s the people and the system that runs it that’s making it difficult for films to cross over and become pan Indian winners. There is myopia, a cultural bias stemming from ignorance and a lazy approach to classifying everything in specific templates that’s stopping filmmakers from just making films that all audiences like to see. The biggest hits in Indian cinema are not even remotely the best films being made. That should make it clear who is deciding what is being seen.As an independent producer and an actor who believes in scripts over stardom, Baahubali has no impact on our way of life. It may have an impact on big-studio pictures that get fuelled by its victory. It is  an important film, and needs to be respected for its success. It’s a great achievement, but I don’t think it changes the dynamics too elaborately.”

“My Victory Is A  Tight Slap On The Face Of All Those Who Were Eager To Write Me Off,” Shatrughan Sinha