Kal Penn Exclusive On  His Casting In The Prestigious The Clauses 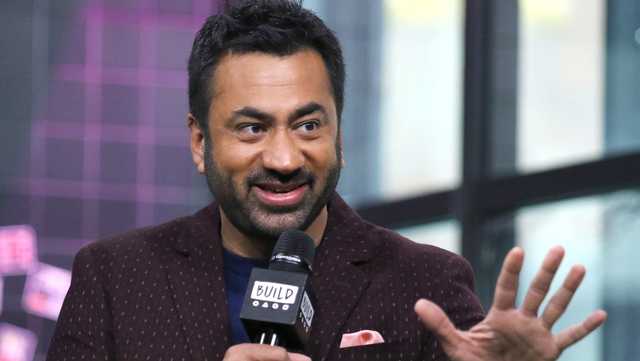 Indian American  entertainer Kal Penn who recent came  out with his  eminently readable memoir You Can’t  Be Serious, is  now  part  of  the posh Santa Claus series in  Disney Plus.

The series stars Tim Allen as Santa and  Elizabeth Mitchell  as  Mrs Santa.

Speaking  to me about the  new  project Kal Penn says, “I’m very excited about The Clauses. Who doesn’t love a great Christmas series! It’s a 6-episode limited series for Disney + based on the “Santa Claus” trilogy starring Tim Allen. Tim reprises his role as Scott Calvin ,aka Santa”

Shedding some light on his role in  The  Clauses  Kal Penn says, “I play a motivated single dad ,sort of like a Jeff Bezos , whose life totally changes when he ends up at the North Pole. We don’t have all the scripts yet, so that’s all I really know so far.”

Kal Penn says  he   is looking forward  to the experience. “I am really excited about it .I grew up watching Christmas and holiday movies, and just produced Hot Mess Holiday, the Diwali-themed film that aired on Comedy Central India last week, so it’s especially exciting to work on something that my nieces and nephews can enjoy.”

“That’s  all for now. Happy to share more once I know more!” Kal Penn signed  off.