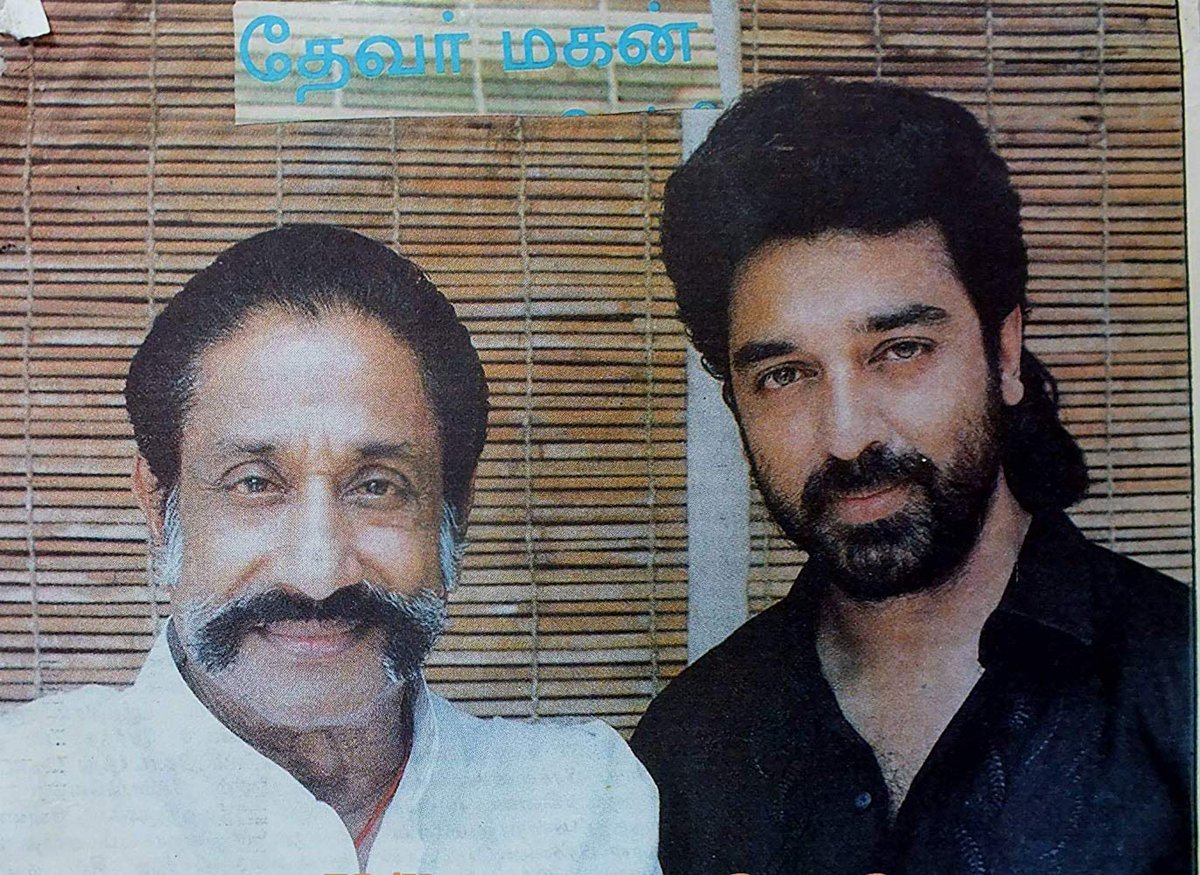 “There is no actor I idolize as much as Sivaji Ganesan, except perhaps Dilip Kumar. I remember being a frontline volunteer when the Tamil film industry decided to celebrate Mr. Sivaji’s Chevalier award with a grand function. The function became grander than our design and the Chepauk Stadium was thronging with his fans and few star gazers. After the function we wanted to escort Sivaji saab back to his car before the crows closed in on the stage itself. Love knows no boundaries nor black cat commandos. The crows tried to rush us. In spite of the mele a lady managed to keep off the crowd stops in a vantage point her hand folded in a namaste to Sivaji her eyes glistening wet. Then she turned to me and shouted above the din of the crowd, ‘Soon next you for this honor. Looking forward.’  And she disappeared into that crowd.”

Kamal Haasan didn’t approve of his idol going into politics. “I didn’t agree with his politicization. But he went ahead anyway. He lost his  focus on cinema for a while. We probably missed out on three or four great performances from Sivaji Saab because of his interest in politics. How could I advise him against it? How do you tell the headmaster to run the school?  We disciples humbly murmured our disapproval.  If you’ve seen us together in the film Thevar Magan you’d know how I behave with him.”

Most Tamil cineastes see Kamal Haasan as a successor to Sivaji Ganesan.

Kamal Haasan’s reaction to this was: “There was a time when audiences said no one could replace Sivaji Saab. Out of modesty he would say, his replacement would come. It took a long time for Sivaji Saab to see a spark in me. He took me seriously as an actor after 17 years.