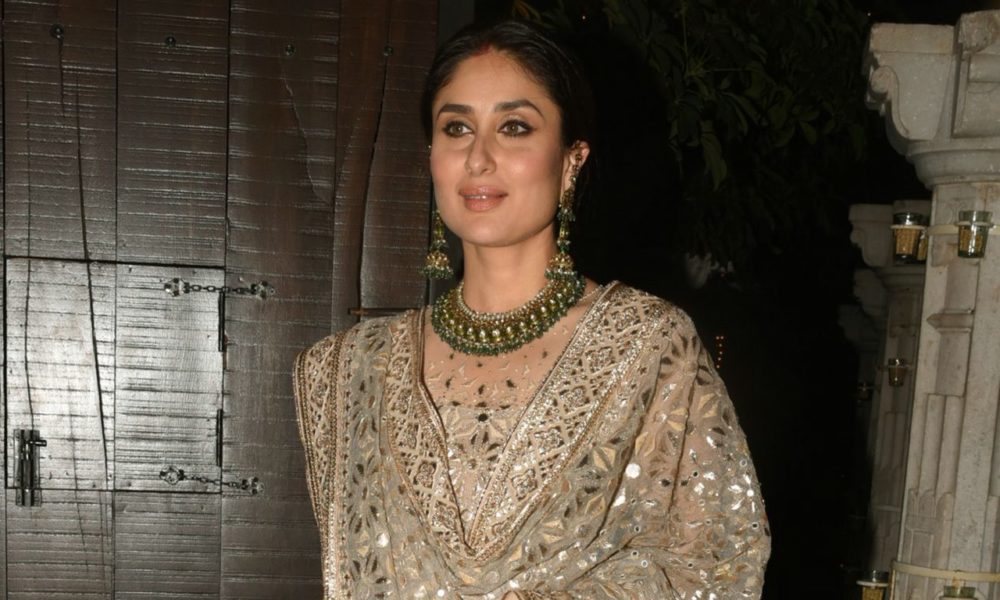 In  a  boastful  interview  on BBC’s  Asian Network  Kareena  Kapoor Khan, who is  never  short of an opinion , is heard  saying  she broke  new ground by working in films through her pregnancy.

Says  Ms Kapoor Khan,  “A lot of people told me that they have never seen an Indian actress pregnant. Because every Indian actress, whenever they got pregnant went into hiding. Either they went to London or America, or they never left their houses. It’s because you can’t see her fat or you can’t see her bloated. Hands swell up, face swells up.”

The  bit  about pregnant actresses   going into hiding  is shockingly vain and ill-informed. So many actresses  have worked in  India while pregnant  and without  bouts  of self-congratulations.The  smashing Smita Patil was working right through  her  pregnancy, and in fact one of her films  Kasam Paida Karnle Wale Ki wrote in  her  pregnancy  into the script.

Kareena doesn’t have  to look   very far  away from her home to see how an Indian actress can break stereotypes  without feeling  heroic about it. Kareena’s  gorgeous  mother-in-law Sharmila  Tagore  worked  right through her pregnancy in the early 1970s. During the making  of the film Choti Bahu  Ms Tagore  was carrying Saif  .And  during the making  of Paap Aur  Punya she was carrying Saif around the sets.

So this claim of  actresses  going into hiding in London and America is  highly misleading specially since the  interview is on  a  non-Indian media platform.  Think   of  the  impression you  create  about  Indian cinema and  its treatment of actresses  each time you make such a misleading  statement.