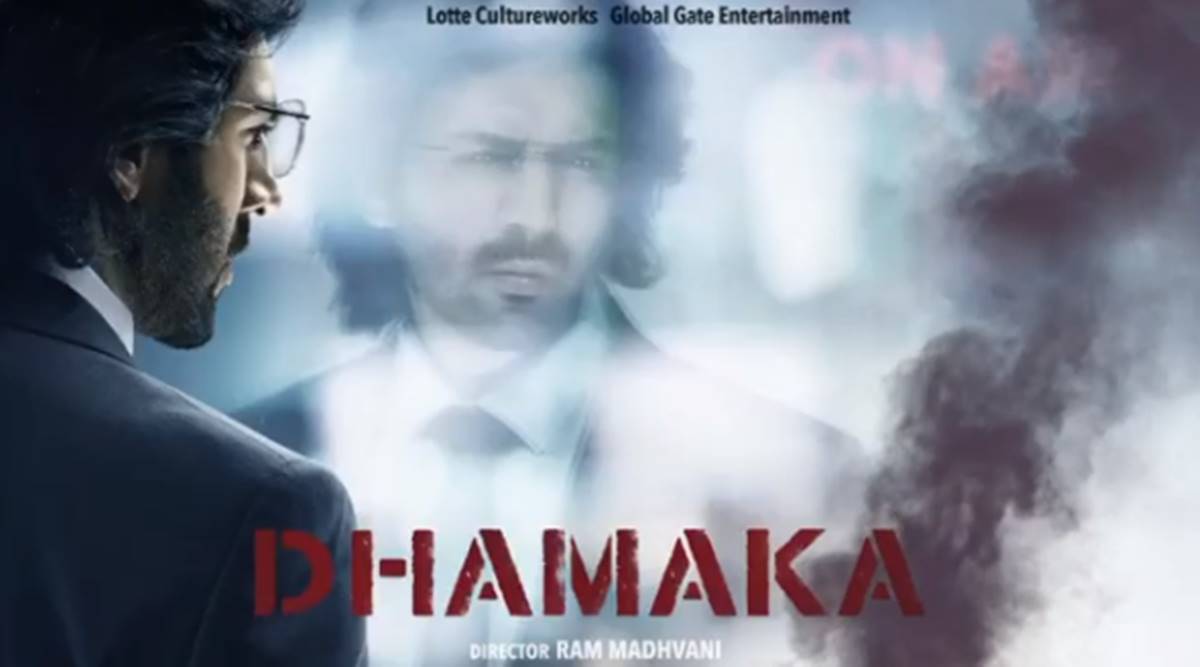 Kartik Aaryan’s ‘Mood Trailer’: Teasers, trailers   and preview clips  are becoming increasingly innovative. They have to. The competition is not just stiff, it is  killing.

I am not  surprised  that  the Kartik Aaryan’s ‘Mood Trailer’ of Ram Madhvani’s  Dhamaka  was the highlight  of  Netflix’ TUDUM  the first ever global  event  on September 25. The  Dhamaka  pre-trailer  short-film is  well written and  tells a story of its own.

We see the film’s leading man  Kartik Aaryan  dozing on his sofa at  home.

Sofa  so  good. Suddenly a voice (not  unlike the  Bigg Boss) commands Kartik  to  get alert, change his clothes  get into character as  the  journalist Arjun Pathak and to say his lines in front of the camera : that as  mediaperson  ‘Jo kuch kahunga sach hi kahunga’.

At the end  of  the  skit/short film Kartik wakes up and is summoned for a shot.

Not  only is this introductory pre-trailer  skit well-written and executed Karti Aaryan is a treat  to watch as he goes through the motions of this  innovative  promotion.

Audiences from all across the country tuned in for TUDUM: India Spotlight, where they witnessed Madhuri Dixit in a never-seen-before role in Finding Anamika, along with acclaimed filmmaker Sanjay Leela Bhansali who discussed his vision for his first-ever series, Heeramandi.  The audience also caught a sneak-peek into the thrilling world of Vishal Bharadwaj’s Khufiya starring Tabu and Ali Fazal. Adding to the excitement, was Kartik Aaryan in this Tudum special ahead of the trailer launch of Dhamaka and the cast of Mismatched and Kota Factory in a musical battle as they kicked off their second seasons. The much awaited first look of Raveena Tandon’s Aranyak and exclusive song release from Sanya Malhotra along with Abhimanyu Dassani’s sweet love story Meenakshi Sundareshwar was also presented. An exclusive glance of the trailer of Little Things Season 4  was also shown, as everyone’s favourite, Dhruv and Kavya lit up the audience’s screens and the new couple on the block – Riteish Deshmukh and Tamannaah Bhatia in Plan A Plan B came forth to add more glitz and glam to the mix. And last but not the least, was the Malayalam superstar Tovino Thomas and director Basil Joseph, who introduced us to the world of Minnal Murali.