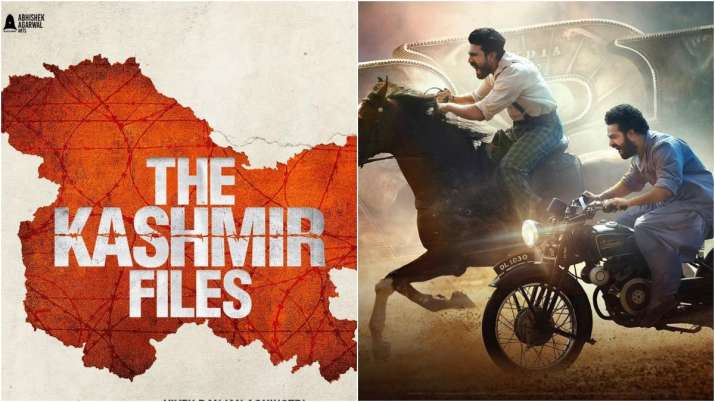 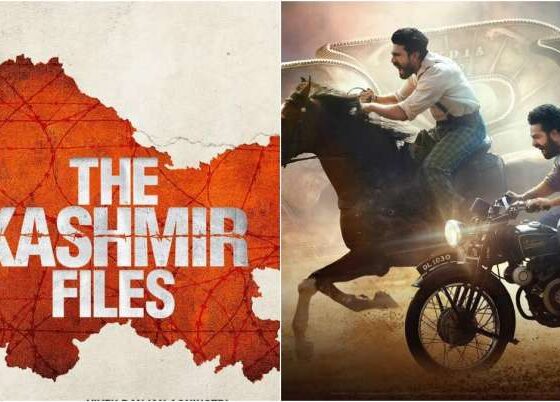 The new Akshay Kumar starrer Bachchan Pandey has been received with a shocking lack of  enthusiasm  by audiences.

And the film’s  team  has only itself to blame  for the cold reception. Apparently  after  Vivek Agnihotri’s  The Kashmir Files  continued to grow massively at  the  boxoffice  even post the weekend  of release,  the  producers  of  Bachchan Pandey   had been  advised  to postpone their March 18 release .

But they  did not relent. Arrogantly confident that an Akshay Kumar starrer can take  on the  non-star  Kashmir Files  they pushed along with their release plans.With near-disastrous consequences.

It remains  to be seen how much damage The Kashmir Files inflicts  on  RRR which opens today.

Personnel from three different  multiplex  chains  inform me that the  advance booking for The Kashmir Files in the second  week is at least  150  percent  stronger than Bachchan Pandey’s opening-day  collections.

Suman Sinha a respected  single-theatre  exhibitor in Patna  says he has never seen anything  like The Kashmir Files in his entire  experience  of  40 years as  an exhibitor.

“We  did not release The Kashmir Files on March  11  in my  theatre. It  was  a mistake that a lot of us  exhibitors made . We didn’t realize what a Tsunami  The Kashmir Files was  going to be. We instead  released  Radhe  Shyam which was a disaster while Kashmir  Files grew from strength  to strength  with every passing  day.We  have now released  The Kashmir Files  , dictated  by  the  terms  and conditions of  its distributor  during our negotiations, from the week beginning March 28,” says  Sinha.

He says  the ‘Tsunami’ will effect not only Bachchan Pandey but also  Rajamouli’s  long awaited RRR that follows  next Friday on March 25.

Speaking  on  the  spectacular  success  of  The Kashmir  Files trade guru  Taran Adarsh says, “The Kashmir Files has found immense love and appreciation from the paying public. The housefull boards across the country are proof enough that the film has worked big time at the BO. From East to West and from North to South, the film has gone from strength to strength with each passing show and day.The film had a very limited release on Friday, but, gradually, the word of mouth caught up and the screen count as well as the BO collections started zooming upwards.The super success of The Kashmir Files clearly indicates that the audience wants to watch a good film in cinemas. Mind you, this film had to face a mighty opponent in Radhe Shyam, yet it overtook Radhe Shyam on Day 2 itself. That says it all.”

Adds  trade analyst and producer Girish Johar,  “The Kashmir Files has from its very first day  had a very strrrrrrrong undercurrent. The film is very hard hitting and gut wrenching which was bound to hit the audiences hard. And it did precisely that. Happy that the audiences took it very positively and has accepted the film with open arms. Also, from trade perspective it destroys all the present talks of star power, that  OTT only giving good content and niche films won’t work at BO. It’s honestly  a very heartening development  will give huge confidence to small and   medium content -driven cinema.”

Trade analyst  Atul Mohan feels The Kashmir Files has gone much beyond a  film. “It has become a movement now! After long we have a film that projects nothing but truth. I won’t call The  Kashmir Files  a film but an important chapter from history which we all should watch. It makes you think about Kashmiri Pandits and their pain. Now that our PM has also endorsed it there will be no stopping it.”

Maharashtra’s exhibitor Akshay Rathi adds, “What’s happening with The  Kashmir  Files is the  best thing that could happen to our  pandemic-paralyzed entertainment industry for a while. Everyone had started  thinking that  smaller films with no star-value  are only apt for the OTT platform. That myth has been busted and crushed to dust by  The   Kashmir Files . Vivek Agnihotri  understands the pulse and politics of the nation. This is  a huge  victory for content-driven cinema  and  I hope  more films   up the ante  when it comes to respecting the audiences’ time  money and intelligence. I am extremely happy to see The Kashmir Files  marching ahead so confidently. I wish them many many weeks of success.”