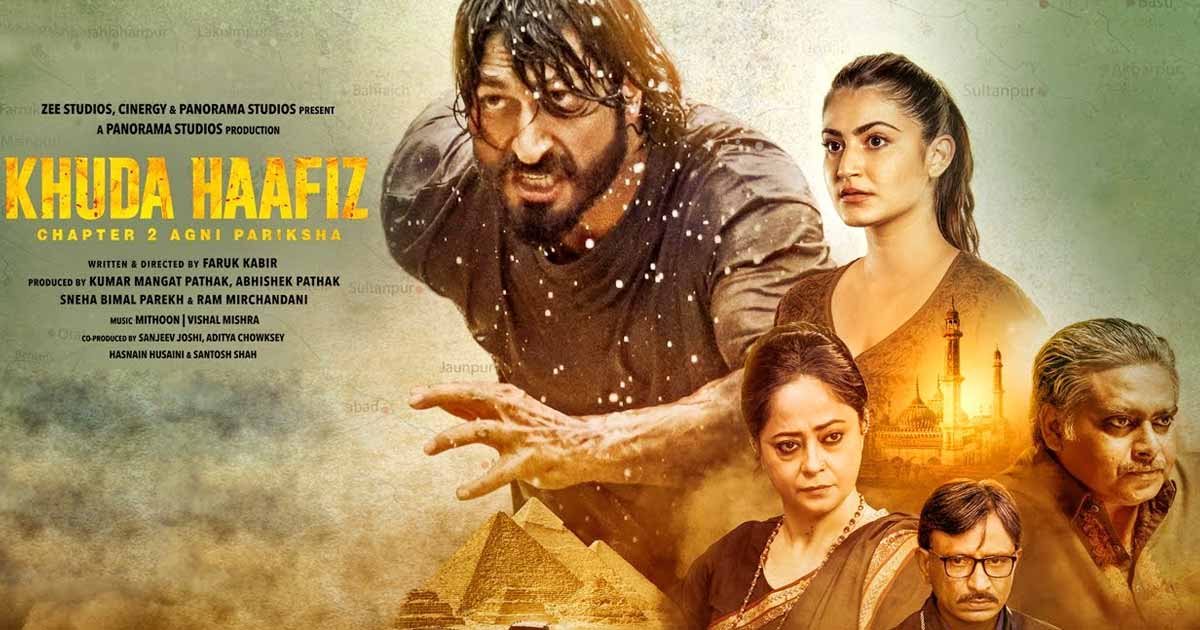 Reading some of  the arrogantly  dismissive reviews of this slick spin on  the vendetta  genre,  I was  convinced, more than ever, that nowadays  the selfcrowned  critics  of filmistan  review the  directors and  actors  , and not the end-product.

Faruk Kabir’s  Khuda Haafiz in 2020  was an extremely  mundane  fare, at best a timepasser during  a desperate  lockdown evening.

The second chapter in the Khuda Haafiz series  is  a far more laudable endeavour. It is a tautly  told tightly  edited(Sandeep Francis)   thriller about  child rape. Writer-director  Faruk Kabir grinds his boots into the  vile act with a persuasive  force.The action is  never gratuitous, but extremely  wrathful and  brutal.

There is a moment when the protagonist Sameer(Jammwal) gets to know   the 12-13 year old boy standing sobbing in  from of him had raped his  5-year  old daughter. Sameer  kills him instantaneously.This is not  a spoiler.  It is  justice.

And we  applaud.It’s time to  stop believe  in the Gandhian philosophy. An eye for an  eye  and pain  for pain….Faruk Kabir’s film is a timely  ireful warning of what  the criminally powerful can do  if  they are allowed to get away with murder. Sheeba Chaddha as the vile  politician  Thakurji, Lucknow’s  lesbian  version of a gangster ,  gives  her character  a chilling menacing edge.

I specially  liked the cannily crafted  confrontational  sequence  between Chaddha  and  Shivaleeka Oberoi where  the  grieving mother replies to every veiled threat from the boorish beghum  from hell,with an insulting insouciance.

Chaddha apart, the  frames are filled with powerful actors. Watch out for Rajesh Tailang as conscientious television journalist who kno7ws when to stop recording a  tragedy as  news report,Divyendu Bhattacharya  as a savage butcher and  Thakurji’s dirty right-hand, and Ishtiyak Khan as the juvenile rapist’s  timorous driver…they bring an unexpected heft to the sanguinary saga .

Khuda Haafiz  Chapter  2  might be  guilty of some major shortcomings.The  climax in Cairo seems to be  insinuated not too tactfully  into the  screenplay to give  the film a global look. But it is certainly not an exploitative  gratuitous look at the rape-and-revenge formula.The pace  never slackens.And when  Jamwal gets  into the fighter’s mode, watch out!

Vikram’s Health Setback Surprises His Colleagues, To Be  Discharged Today