Luxor Is A Tourist’s Version Of A Real Love Story 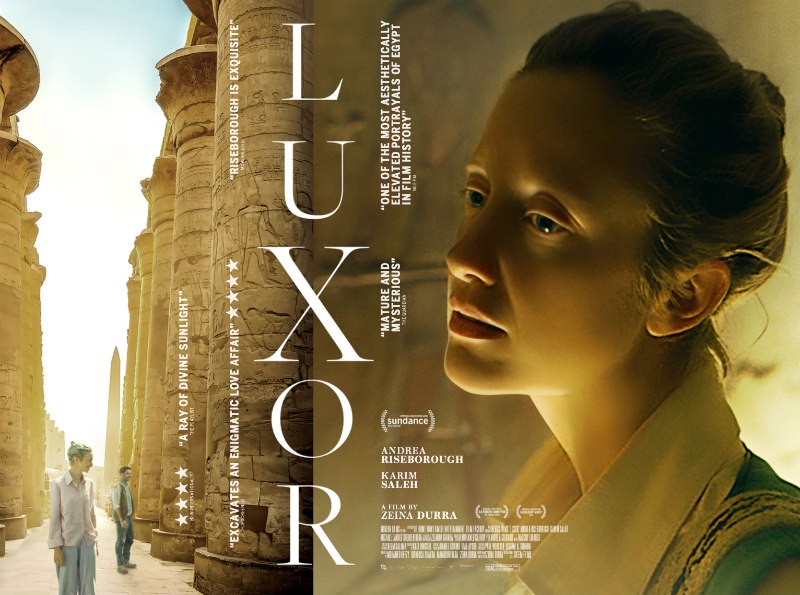 No power on  earth  would  convince me that this film, a skimpy love story woven in and  around the city of Luxor, is  not commissioned by Egypt to  promote tourism. Just as no one can tell me that  Marlon Brando forced himself on his costar in Last Tango In Paris  because …well…Paris does things  to one’s  hormones.

Luxor feels like  a tourist brochure promoting Luxor bookended  by   two  characters who can never meet. The  camera  cares little for the fact that  the  two protagonists  Hana and Carl have met after 20 years and love,  passion, sex  and  other memory-triggers  are  rekindled  albeit in bouts of  flickering  fade-outs.

Cinematographer Zelmira Gainza seems  the least interested  in the two actors, and I can’t blame her. Neither of  the two actors Andrea Riseborough nor Michael Landes seems destined  for  an Oscar , although  the former has been praised  to the heavens with critics finding her(and the film) mesmerizing, spellbinding,etc.

Pardon my saying so.But  Luxor seems  to  take us  for a  ride. A  ride through Luxor with the love story scarcely getting a  chance to be told  as  the  location completely overwhelms the  characters .Since  I am not much into relics and  ruins, Luxor left me stone-cold. The love story  in  the  plot  be damned, audiences  would not be tempted to visit  Luxor, let alone stay at  the hotel  that Hana occupies during her  brief—alas, not brief enough—stay in a city rich in history and heritage  but  apparently a very  poor  location  for love to  blossom.

At one  stage  of  the storytelling Hana gets drunk at  the bar of her hotel and starts  funny-dancing . No one,  not even Carl, seems  interested. That sequence, illogically  positioned as it  is between  re-acquaintanceship  and  intercourse, defines what we  feel while watching the  film. At  the end of it , I cared neither for  the lovers nor the city  where their love comes to life in a deathly  inert  narrative fish-bowl .