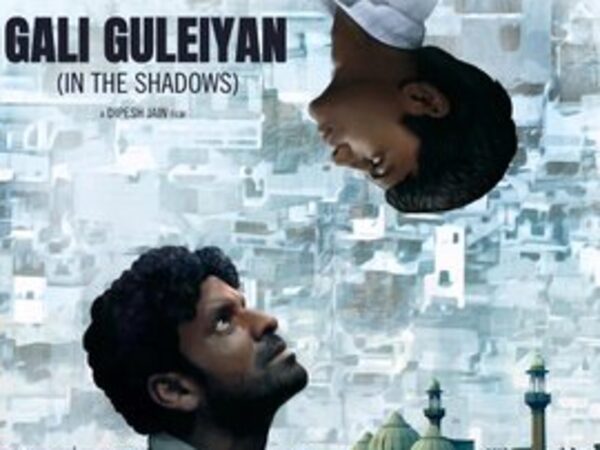 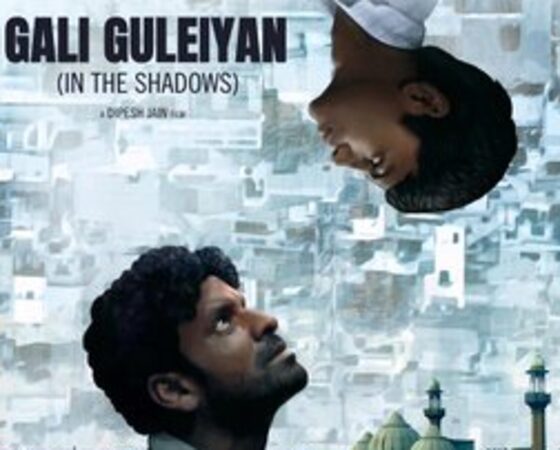 Manoj Bajpai On How Gali Guleiyan , Brought Him Close To A Nervous Breakdown

Even today Manoj Bajpai shudders at the thought of  playing the psychologically wrecked character  in Gali  Guleiyan. “I couldn’t wait to come out  of character. It was  the most  difficult role to play. It  was a  role that broke  me mentally. Like Shool  it demanded  an  extreme internalization .”

While shooting Manoj had to  leave  all his personal  responsibilities  behind.  “It meant  I had to forget  I  was married and had familial responsibilities.  I started  talking to myself  the  way the character  was shown doing. Such   was my  preparation  for  this role  that my  wife got worried  about me.”

Such was the mental  stress  that Manoj decided to  quit the  film.  “On the 29th day of shooting I  went to  the director Dipesh Jain and  told the directors I couldn’t take the mental pressure.But we somehow finished in 33-34  days. I went too deep into the role  in this  film. I thought I’d lose my mind. But I had no other  option. It was the path that was necessary to pull  off that role. Gali Guleiyan had me in my most challenging  role.”

Gali Guleiyan directed by NRI Dipesh Jain has  Manoj playing the  complex character  of  a man who rapidly loses grip over reality. B

Recalling the  experience the method actor says, “We were shut in the claustrophobic gullis of  Chandni Chowk  in Old Delhi. I play a man who is deeply troubled to the point that  I no longer can tell the  difference between  makebelieve and reality.   I asked my director Dipesh to shut down the shooting,because the role was affecting me  deeper than I expected. I was  on the  verge of  a mental breakdown.”

Luckily for  the film the  director refused to listen to Manoj. “Dipesh would shoot another traumatic sequence and then lock me in a room where I  had no choice but to sleep. I’d come out refreshed and then do  another scene that knocked me out psychologically. So  it went until the  end  of  the shooting. By then I  had a tough time  drawing the line between the character and me. I  didn’t knew where one ended and the other began.”

The  first thing that Manoj did after the  completion  of  Gali  Guleiyan is get rid  of all the physical traits  of  my his  character. “I  shaved off all the facial hair, trimmed my hair and  generally  discarded the unkempt dishevelled  look of a man who has  stopped caring about how he  looks. Then I looked at myself  hard in the mirror for days reminding myself that this was  the real me, not the  man  I played in the  film. At the after-party on  the film’s completion  I guzzled down a whole bottle of wine. It helped me  forget the man I  had just become..”

But  then  leaving behind  the  character is  not easy.  “Somewhere  these characters of traumatized disoriented  misfits that I play have stayed with me. When people   meet  me after some  years they say I look older than I  should. That’s because I carry  all these existentially burdened character within me.”

Manoj describes  his  character in Gali Guleiyan as his toughest  role to date. “He is  not only the toughest character I played but also according to me the most complex written in  Indian cinema. The challenge here was  not only physical but emotional.”

And yet  it is  the  commercial  roles like the one  in Satyameva Jayate that get the audience.

Manoj stoutly dismisses this line  of thought. “That’s a very pessimistic view  of my career.If I start  thinking like that I’d never be  able to give all of myself to films  like Aligarh and Gali Guleiyan. And  who told you Satyameva  Jayate is  not challenging?  The challenge  is to not get sucked  into  the system, to be be  part of it and yet remain detached from it and fight it .  Because you know that   the mainstream cinema will never accept you.It will only use  your talent. So you use that reality of that situation to fuel your idealism. Every  Satyameva Jayate that  succeeds  gives me the  power to  do three Aligarhs and Gali Guleiyans.

“I am  happy that my hard work is finally being seen by  such  a large  audience,” says Manoj.