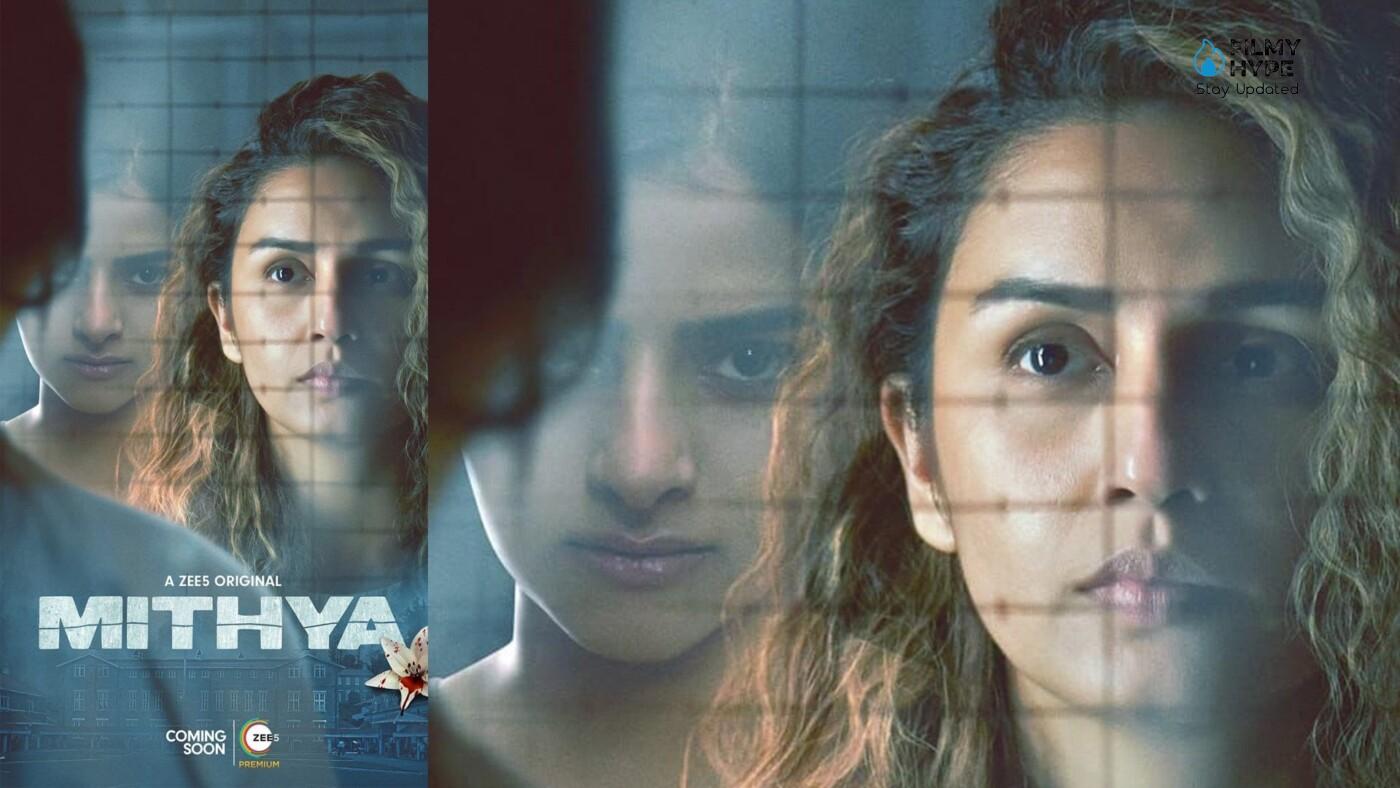 Mithya Is A Thriller That Actually Thrills, Debutante Avantika  Dassani Kills It

Mithya is  the kind of ballsy breakneck  thriller that doesn’t shy away from addressing illicit sleazy relationships, even  if it  brings the  protagonists’ heroism  down by many pegs , and I do mean  pegs, as  the characters drink themselves silly and get their  innerwear into  a budge time  after time.

Every main character  in Mithya is flawed and to watch one  of them  turn around  and act holier-than-thou  after another makes  a cardinal  error, is  ironical, to say the least.

Set  in an idyllic  tranquil  hill station, just as  the Sippys’ earlier web(of deceit) series Aranya, this one is about a Hindi  teacher Juhi  Adhikari (Huma S Qureshi) who doesn’t look  she  could teach Hindi, but  seems  happily married  to Neil(Parambrata Chatterjee) until we see her making out in the school toilet with a colleague  Vishal(Indraneil Sengupta), an  insanely dangerous  adulterous  act  that   Rhea(debutante Avantika Dassani)  witnesses.

From these  beguiling sleazy beginnings, Director Rohan Sippy and his  rigorous  team of  writers(Alvita Dutta, Althea Kaushal, Purva Naresh)  construct a sinister spiral  of  deceit  revenge and  nemesis, all  stewed in  the juices  of a steamy karmic  cycle.

Undoubtedly  the pace of narration is brisk. Mithya  offers the kind of forbidden pleasure that  one experiences when on  a diet  , stealing brownies   from the  refrigerator post-midnight when the family is  asleep. It constantly  prods  the  baser instincts  in  its characters , and by extension, the audience, and prides itself for its pulpy proclivities.

There are  no  intellectual /spiritual pretensions to this junkfood  for the  soul, and that’s the way I like the whodunit.  Admittedly there are some  wild, thoroughly  implausible  leaps  of faith in the  plot which I  cannot reveal(so no spoiler alerts required).  But I wonder if it is possible for a teacher to send his dick-pic to a student in this day and age of MeToo, specially when he knows she  is a certifiable  troublemaker!

Compensating for  the  questions that arise while watching two women,  a teacher and her  bete noire  a troubled  borderline psychotic student , take  each other on  , are some rigorous rites of passage that take the storyline from one  summit to another.

Interestingly we  are repeatedly shown the climax of the plot(a  murder)  at the fag-end of each  episode, so that our curiosity is whetted not by the question. ‘What?’  but ‘Why?” and  ‘Who?’. There are  some unforeseen twists  scattered enticingly across the episodes.Plus, there is  some terrific acting here by  all , particularly  debutante Avantika Dassani who  is  spectacularly  confident as a troubled teenager with a chip big enough to be   boulder on her petite shoulder. Huma Qureshi as  the  teacher who has a lot to hide has shaped into an interesting actress in recent times.

As for Parambrata  Chatterjee as her weak  undependable  deceptive husband, does he ever  disappoint?

The men in the series are all weak or  deceptive or both.There is a besotted watchman at a girls’ hostel(played by Krishna Bisht) whom Rhea manipulates for favours without actually doing  him any sexual  favours.He  probably  gets it off just watching  her  pretending to be  grateful.  Rajit Kapur as Huma Qureshi’s Juhi’s  father is  so weak and  blemished he could  make  a neighborhood therapist go weak  in  his  knees; and there is  another father whom Sameer Soni plays  as a smirking almost perversely  hostile idiot.

Yup, the men  get the raw  end of the stick. It’s the women who  hold this  show together and  expose the men for what they are: tactless opportunists.

Oh yes,  there are two  cops, a man and woman played by K C Shaknar and  Bishaka Thapa, investigating  the  murder. They could be Parambrata  Chatterjee and  Raveena Tandon in Aranya.Small world.

“What it means to be Lata Mangeshkar”