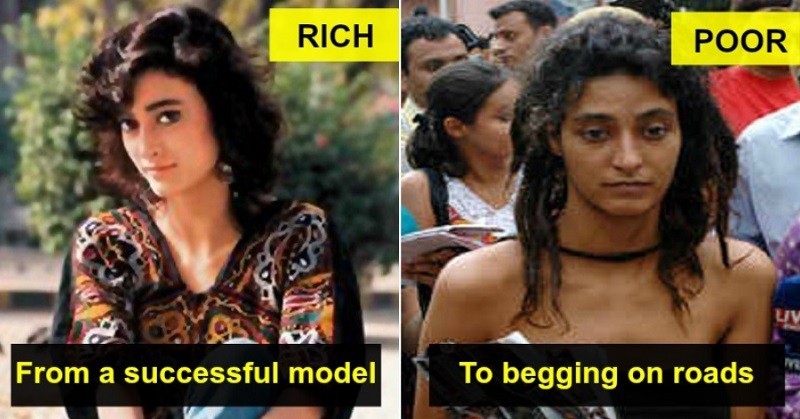 Here are some of the bollywood actors who went riches to rags even though they were successful at some point of their career and have lost it completely then after. She has many hit movies like Namak Halal, Amar Akbor Anthony, Deewar and Shaan. This gorgeous bollywood actress died tragically in her Juhu apartment alone. She was suffering from loneliness and depression. She was also given the title of mad and bankrupt by the industry people. Mitali Sharma is a famous Bhojpuri actress and is 26 yrs old. After a few years of luxury also there came a period of hardness. She was found breaking car windows and abusing people. Police arrested her and soon after that, she asked for food and then started begging for her living. After some time she was admitted to a mental asylum. Satish Kaul is the recipient of lifetime achievement in Punjabi Cinema. He is born Kashmiri and has worked for many Punjabi and Hindi movies. At present, he is hospitalised and also bankrupted enough to not able to pay bills. From walking on the ramp with diva Sushmita Sen to begging on streets of South Delhi market Geetanjali Nagpal life has turned totally upside down. She was model turned actress but became a drug addict. So to fulfill her drug needs she started begging in Delhi and after that started working as a maid. Raj Kiran started his career as an actor in 1970 and did many blockbuster movies like Karz, Maan Abhimaan, Arth, and Basera. He left the industry and was later founded by Rishi Kapoor in a mental asylum in Atlanta. Her start was as a child actor and successfully did 130 movies. Achala Sachdev also portrays the role of Kajol’s grandmother in iconic DDLJ. With so much fame she quit in a hospital with no money for paying bills. The actress who was been part of over 130 movies was completely ignored by her family during her last days. She was philanthropic and had given away most of her property. But when she broke her femur in old age and was admitted to a hospital in Puna with paralysis, neither her US based son Jyotin nor her Mumbai based daughter visited her. She died in anonymity. She did debut in a hit movie named Humraaz. Vimi married Shiv Agarwal but soon led to divorce. After the divorce, she stopped getting any roles and so she ended up as a bankrupt. Her body was taken on a thela to the cremation ground.