My Best Friend Anne Frank, Mildly Moving But Self Absorbed 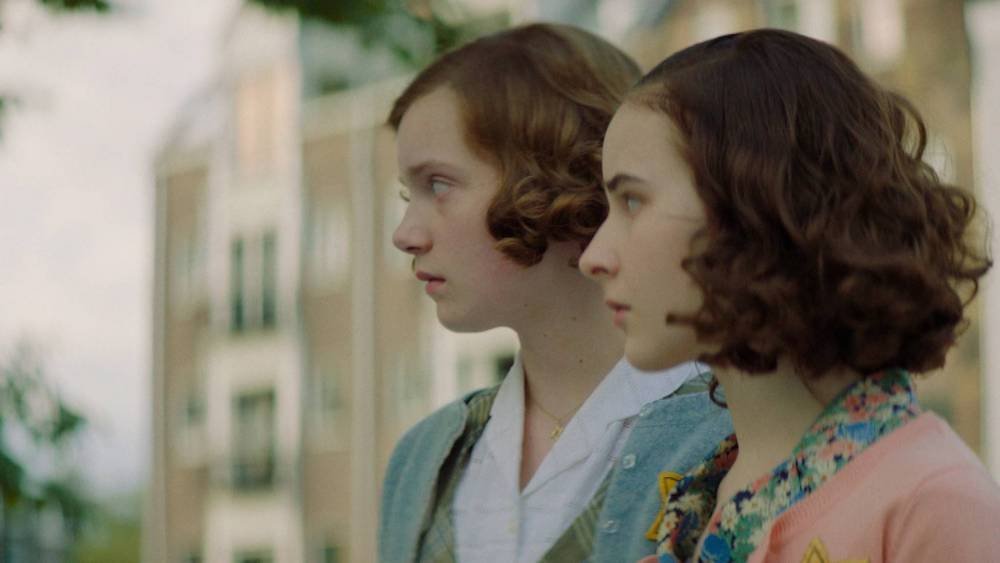 This   tale of friendship during war  and genocide(the Nazi holocaust WAS  about race, after all, no matter what Whoopi Goldberg thinks) between two young Jewish girls in   1945  in Amsterdam,  suffers  from an   emotional  fatigue. It  is  way  too involved  in the  process of nailing the emotional bond between the two  bright sunny girl s to examine  the  process  of   genocidal  politics.

So all we get in the way  of  holocaustic aggression is some bullies with swastikas  barking threats  like ‘Jew  bitch’ at  the  lineup of women  , self consciously scruffy and  under-fed.

We  are  told  that they  get food in the concentration camp once every three days. But the ladies seem quite at peace looking  out for each other, singing Hebrew songs  together, etc.And there  are  shallow designer  shots  of  Hanneli running across the  courtyard of  the camp  dodging the  floodlights to  throw food over the wall to her  beloved best friend.Anne Frank is  supposed to be on  the  other side  of the wall.

This is worse  than a soap opera.

The entire exercize is redolent with mawkish sentimentality . Whoever thought  of this Grimm Fairytale  version bonding over the barbed wires must be either  a diehard  optimist  or a disciple   of  the Whoopi Goldberg  school of political  naivete.

Also Read:  Ranveer Singh Gets Little  Support From His Fraternity

There is  a giddy innocence about the  narrative as  Hanneli Goslar(Josephine Arendsen) and  Anne Frank(Aiko Beemsterboer) bestfriends  for life,  build a selfcontained  world of fluffy comforts and  clandestine  girlie talk  in Amsterdam even as  Nazi troops  march  in their menacing boots  on  the roads outside.

The two  young  actresses  playing the two friends  do their giggly bonding with  conviction. But they fail completely to  convey the transition into trauma as  they are taken into  custody .

The  scenes at the  concentration camp needed more concentration and focus.The   images of  despair and anxiety are  too  sporadic and furtive; there is  no sense of  immediate danger and  doom. Fatally , the  narrative draws no  line between  childhood  fantasies and  the  vicious reality of  the Nazi politics.

Dithering between fairytale and an  obscure fear , My Best Friend Anne Frank is more a  tea-party version of  the  holocaust than  any credible documentation of  the  horror.