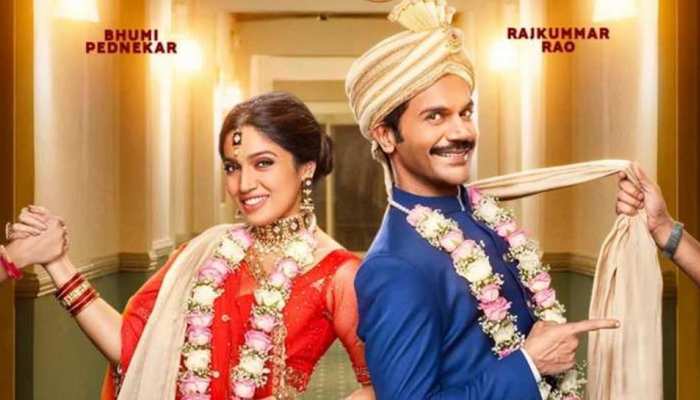 This remarkably  lighthearted film on a very sad lavender  marriage couldn’t have been easy  to make. There is   so much to be said about the  tragic  misrepresentation and gross  neglect  of the gay community.And really, the audience  is not in the mood to be tutored  about how the gay/LGBTQ community deserves to be  treated.

So here’s what director Harshvardhan Kulkarni and his  talented writers  Suman Adikary and  Akshat Ghildial have  done: they have brought in an army  of  prejudiced opinions into play and then put them in a non-preachy  engaging  agreeable  charming  perspective without getting over-cute .

A  tall  order. But Kulkarni has  pulled  it off with panache  and assurance. And though the  film could have been better edited—the segment where  Rao’s  mom, played as a  scatterbrained spaced out  non-interfering matriarch  played by   the  seasoned Sheeba Chadha in a family of  bullies and busybodies, goes on and on losing its sheen with every passing shot—Badhai Do succeeds  in doing what no other  mainstream Hindi  film has done: it  confers a dignity and  credibility to the  LGBTQ community without getting hysterical or  self righteous.

The  tone remains  stubbornly ebullient,though not at the cost of  blow-drying the  complex  emotions  for easy consumption.The vast cast is fully  clued in to to the tricks of  the  trek. The   180-minute  journey is  not without its hiccups. But  the  principal actors, the  very exceptional Rajkummar Rao and Bhumi Pednekar,  not to mention a supporting cast of immensely intuitive  skilled players    imbue the  main conflict  with a bedroom of  conviction.

One of the film’s many charms  is the supporting cast of partially unexposed  faces standing in  as the  intrusive family: why isn’t  Shardul(Rao) getting married,when he  does get married why  isn’t  Sumi(Pednekar)  getting pregnant, and who is that  North-Eastern girl  living with Shardul  and Sumi?Chum Darang as  Jhilmil, Sumi’s girlfriend is one of  those  many fresh faces that lend a vitality and  vivacity to this mellow drama of  a marriage  of tragic compromise.

While  some of the  intended highpoints , like Rao’s drunken confessions  to  his  newly married  beard…I mean bride Sumi during the honeymoon, fall flat, other moments of dramatic conflict, such as  Sumi’s father(Nitesh Pandey)’s breakdown after she comes  out in front of her  family, are  tremendously  effective.

Rajkummar Rao’s coming-out  sequence  will be recalled for years as  a  turning point in Bollywood’s  uneasy relationship with the gay community. Yes, Hindi cinema on sexual themes    finally seems to be attaining puberty.

My Best Friend Anne Frank, Mildly Moving But Self Absorbed