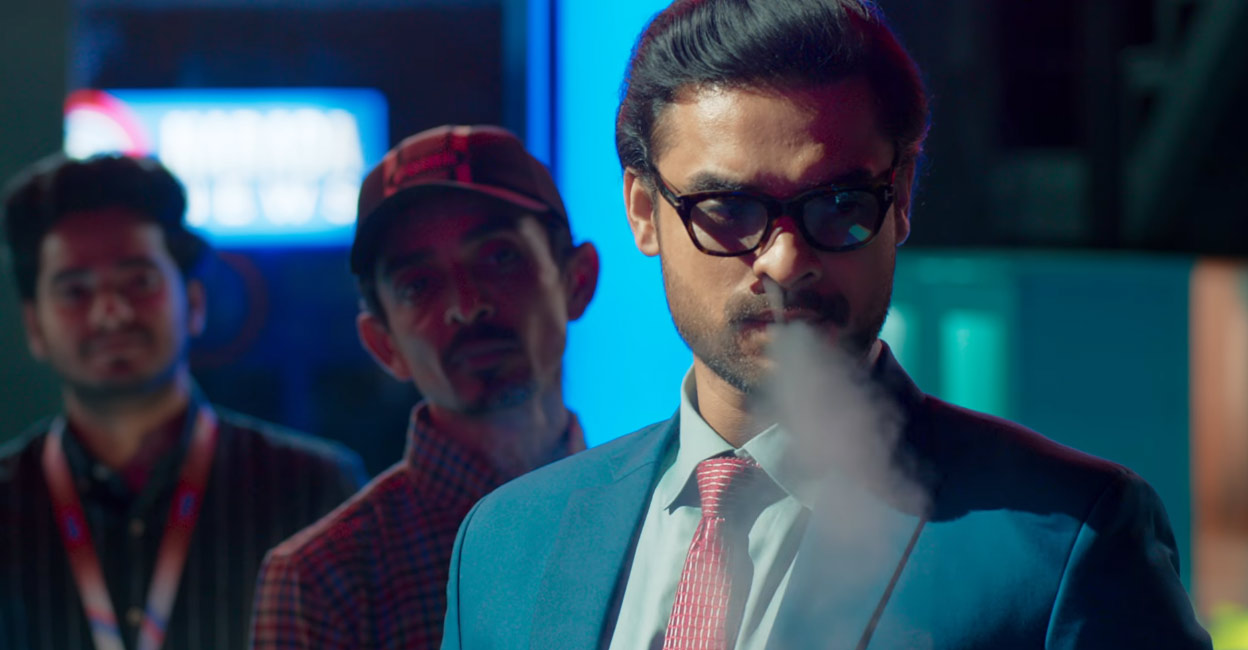 Some sluggish passages  in  the  screenwriting  by Unni R could have done the  film in. No such catastrophe  overtakes   Naaradan , a  taut, largely  gripping  occasionally slack  morality-tale  that is located in the  fomenting heart  of  fourth estate.

This is  the  second  Hindi film located  in a television newsroom. Whereas Ram Madhvani’s  Dhamaka captured the  suspense   of  the moment in a  one-to-one encounter between  a terrorist and  an overambitious  journalist, Naardan penetrates  much deeper bringing out the  immorality that has crept into  a once-noble profession.

In some crucial ways  Chandraprakash(Tovino Thomas) who later transforms  into  a media-monster  named CP, reminded  me  of  Arjun Pathak(Kartik Aaryan) in Dhamaka: the same  disregard  for rules and  ethics. Except that Chandraprakash will stop at nothing. His  lack  of scruples and the belief  that news at any cost is  worth it as long as people watch you and your show(in that  order) on television, is  an unsettling mirror  of  what a  section of the media has become in  our country.

The anything-for-TRPs culture has been patented  by  power-hungry news channels. Naaradan gets the shrill  anxiety dead  right.Chandraprakash echoes the bullying  sordid self righteous verbal  vomit of  one particular  star-journalist from real life. No  prizes for guessing who we are talking about.

Screenwriter  Unni R takes  up the culture of instant  fakenews and weaves an arresting  plot around it. Tovino Thomas, totally transformed  from  the caped crusader  in Minnal Murali,constructs   a  persuasive  moral compass to his mediahound’s character. He plays the despicable  scumbag without  filters, not allowing us to feel even a shred  of empathy for him.

There are  other actors who contribute to the vast moral   landscape of  the proceedings. Sharafuddin as  the upright  ethical journalist plays the antithetical  face of the  unscrupulous side  to  electronic  journalism without  seeming overly representational. However I’ve my quibble with  the talented Anna Ben. Playing a Muslim lawyer fighting the  Big Sharks she  ticks too many boxes  to seem  totally organic  and  credible.Anna’s role is  a second-cousin  to Nimisha  Sajayan’s lawyer  fighting caste  and  gender prejudice  in  that other Tovino Thomas film Oru Kuprasidha Payyan.

The  second movement  of  the  agitated  plot is   almost entirely a courtroom drama  where  Chandraprakash meets  his nemesis. While the  ever-dependable veteran Indrans is  a delight  as the presiding  judge the courtroom  sequences  lack the  spontaneous  punch of  the newsroom antics.

In spite of its flaws Naaradan  is  an  important film. It  delves into the dirt that has  accumulated  in a certain kind of journalism  and emerges  with a compelling  narrative that  never fails to  carry us  along in spite of the snags  on the way. Among other things, it is  also  further proof that Tovino Thomas is one of the finest contemporary  Indian actors.